It's the end of December, the frosty wind is blowing, people are bustling because of upcoming holidays, you can smell needles and tangerines all over the place, winter is gaining momentum. If you have already packed all your presents, made a snowman and now lay in warm bed with no ideas what to do while waiting for the New Year — we can provide you with some great games to play. Behold, the Winter Games Compilation 2019 WePlay! Digital Deluxe Edition! Its name has the word 'frost' — isn't that enough?

Just kidding, there's a lot of interesting stuff. Frostpunk, survival and city-building game released in spring-2018 and was loved by winter-loving fans. So you have permafrost, ability to manage your own town and develop it into a big city. In addition to the priceless snow-covered atmosphere, Frostpunk differs from other representatives of the genre by its high level of interaction with the residents of the settlements being created. These guys always want something: feed them, entertain them, build new houses for them — you won't have enough time for yourself. And the main reason this game made it into our compilation — its winter weather conditions. Endless snowstorms, temperature instability with a possible drop to -120°C — be honest, that is just what you need in winter. 2018 is coming to an end and, well, there just can't be a compilation without a battle royale game. PUBG Corp. hasn't forgotten to make Christmas gifts: lots of winter-themed in-game stuff and a new map — Vikendi, which is an enormous snowy island with a bunch of funny drop spots: Dinoland, Castle, even Spaceport. In addition to snow, the entire map is also littered with small camps, which means you can jump out almost anywhere without risking to be completely without loot. And along with Vikendi, PUBG has a new battle pass, completing its missions you will replenish your character’s winter wardrobe with very colourful things, like a fur hat with earflaps. Well, take the wheel of your snowmobile and head towards the cold wind. At the beginning of December, players noticed snow falling at the starting Fortnite island. A little later, first full-fledged teasers of the 7th season began to appear, also hinting a frosty theme. At the moment winter is ruling the world, Epic renew the map according to the season, they poured their offspring with a whole bunch of Christmas-themed skins and loading screens, spiced it up with all the opportunity to wrap weapons in a shiny paper (holidays, men!). Well, winter atmosphere here is more than enough, so welcome. We are sure that there is no need to paint the details. What could be better than to plunge into the world of the Nords during the winter holidays? Harsh climate, harsh bearded men, harsh mammoths and a lot of snow. If the arguments are still not enough, then remember that there are cats (kajits). As they say, have fun, Azeroth, the New Year is coming! Blizzard does not change the traditions and this year the long-awaited holiday of the Winter Veil came to WoW again. The event added thematic quests to the game, launched snowmen to locations and made the tavern owners work on creating festive comfort in their establishments. Yes, there will be gifts for everyone! 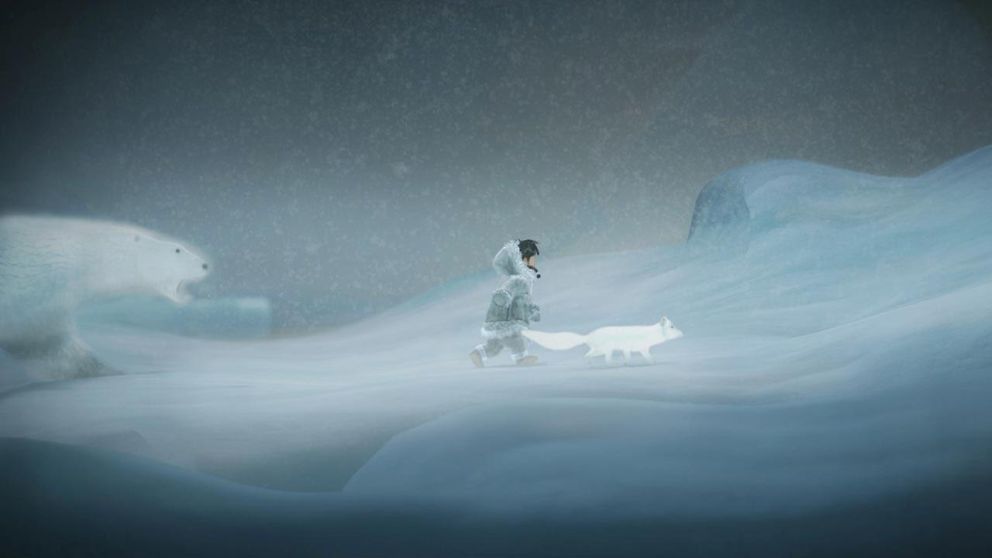 Incredibly atmospheric platformer game, released at the end of 2014. If you have already passed it, then you probably know why it is on this list, and if you haven't tried it, now we will tell you why you should definitely play Never Alone this winter.

Game's atmosphere can literally be compared with a fall in soft fluffy snow. Here you have a fabulous level design and drawing of inhabitants of the North, and the touching story of a little hunter Nana, and colourful voice acting. Between chapters, you can hear monologues in Inupike — the language of the indigenous people of Alaska. And the arctic fox became the companion of the games' main character. You see, Never Alone is a must, trust us.

Old folk, this one is for you. Good old Christmas arcade, released in the early 2000s. Allow yourself a moment of nostalgia this winter — play as Santa, collect all the presents and do not get caught by the treacherous trolls. Responsibility for saving Christmas, as always, is upon you! But we know that you can do it;)

Moreover, if you are looking for an interesting and Winter-themed tournament to watch during the holidays, we would like to suggest our Weplay! Winter Madness tournament, which is going to be held from December 27, up to January 5th. Have a great Holidays and a Happy New Year ;)