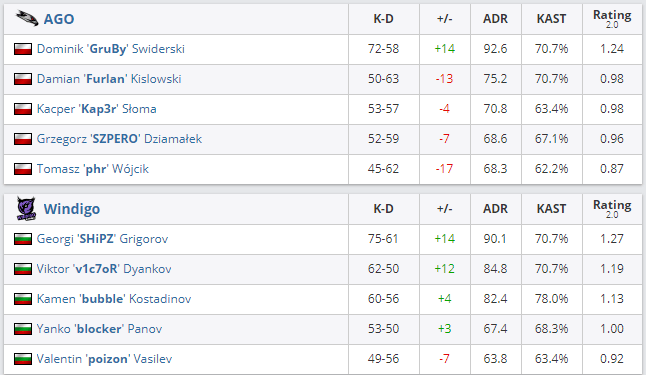 The Bulgarian team earned half a million dollars, while the AGO team will take “only” $200.000 to Poland. G2 Esports have the third place and $100.000 prize in the top three winners. They previously defeated Fnatic, who have fourth place and $50.000 prize now. It is noteworthy that Windigo earned at WESG 2018 an amount almost four times higher than all the awards earned by the team for two years since the organisation was found.

In addition, HLTV.org recognised Georgi “SHiPZ” Grigorov as the MVP of CS:GO World Electronic Sports Games 2018. This award became the first in the career of 18-year-old Bulgarian. Grigorov showed negative statistics only three times in over 14 played maps at the WESG 2018 tournament. It happened in matches against Fnatic, MIBR and AGO Esports.

Also, the CS:GO tournament among women was held as part of WESG 2018. CLG.Red from the USA became champions and have only $60.000 prize (compare it with male esports).