Let’s face it – the first day of Tug of War: Dire was rather exciting, and we did get to see a few surprise plays, which proved that our expectations can be exceeded. The matches of the second day are close, and we are once again collaborating with 1xBet to share our predictions. The results of the first day are available here. 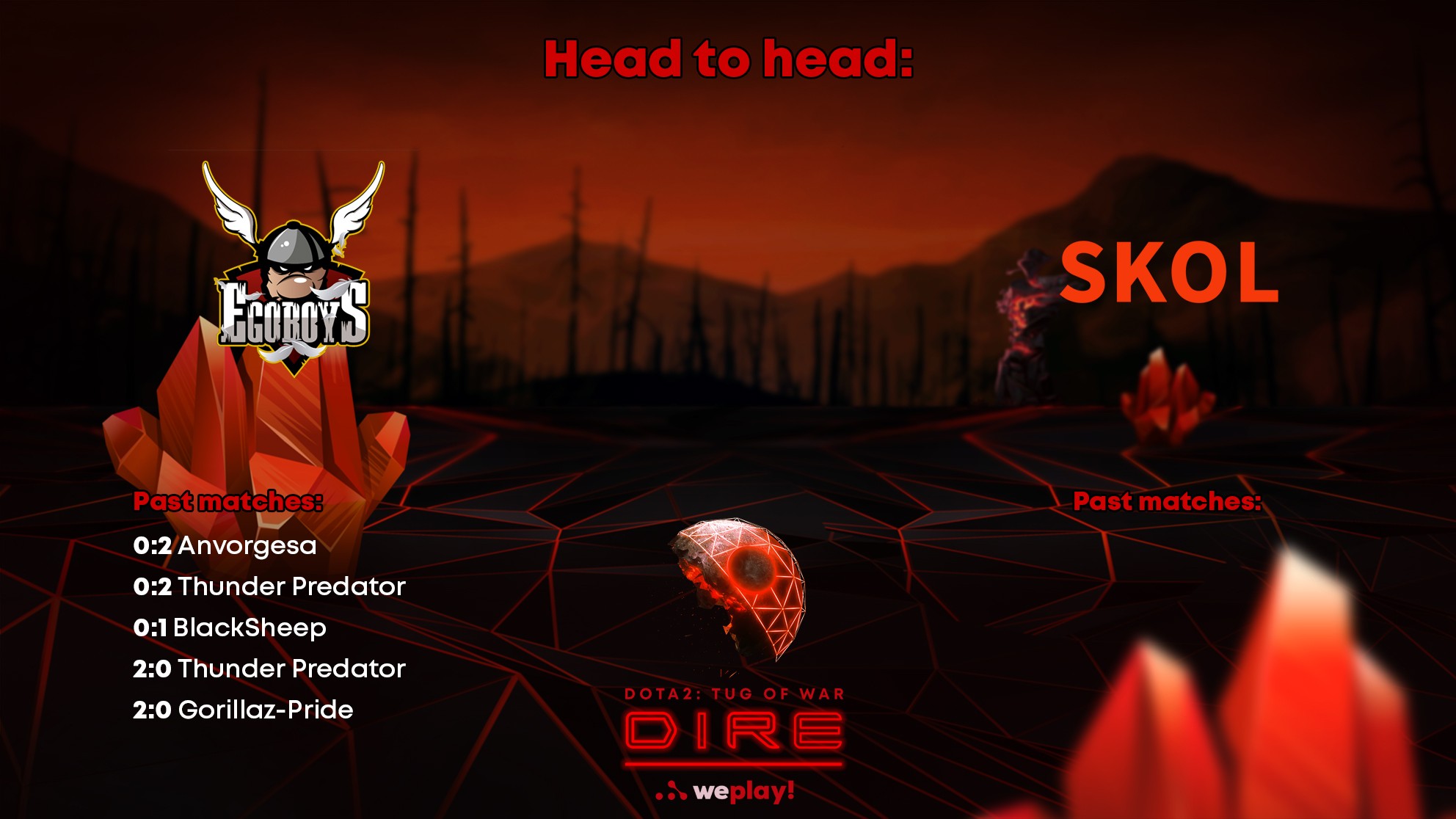 EgoBoys is a team gathered by a rather well-known, yet a young player of the region – Timado. If it wasn’t for Infamous, we might’ve even seen them at the Major. Still, the team performed significantly worse at the Minor qualifiers.

S.K.O.L. is a fresh mix of seasoned Brazilian players. Unfortunately for our prediction attempt, the very first game of the team is just about to happen at our own tournament, which is why it’s fairly impossible to judge their level of preparation.

Overall, it’s going to be a match between promising, yet questionable teams. No one usually tends to predict the possible outcome of such games, but we suspect that EgoBoys should perform better mainly because they’ve been playing as a team fairly longer.

Black Sheep was able to get through the Major open qualifiers, but they struggled to fight off more experienced opponents during the closed ones. The Minor qualifiers were even less successful for this line-up.

Nic Cage – also known as Young Drug Gaming – did better in comparison to the opponent, although the obvious lack of much-needed experience didn’t let them advance through the closed qualifiers for both tournaments.

These teams are not among the strongest ones, and their standoff is likely to serve the purpose of a good training match rather than a serious fight for high ranks. Nic Cage should win the battle of the outsiders though. 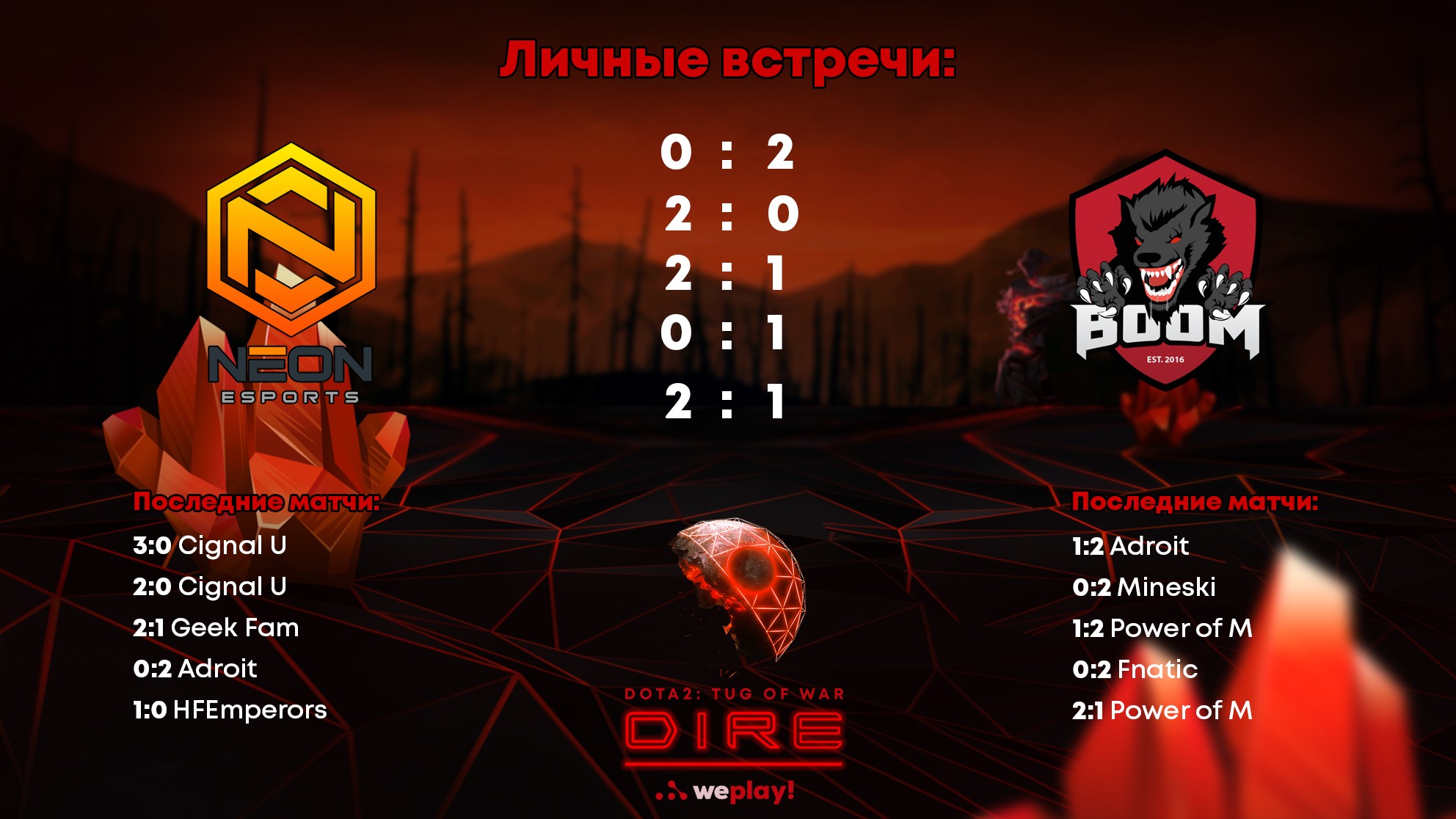 Neon Esports couldn’t execute their attempts to succeed at the open qualifiers for both the Minor and the Major. Tug of War should be a great chance for them to prove they are not as bad as one might think.

BOOM ID was rather promising at the closed qualifiers, although more skilled opponents didn’t let them get to the LAN part. Right now, they are focused on qualifying for The International, and last year, they managed to do that.

BOOM ID looks a lot more favourable in this fight in contrast to their opponents. Perhaps, the newest patch might add a slight element of surprise, but the teams are incomparable in terms of skill. 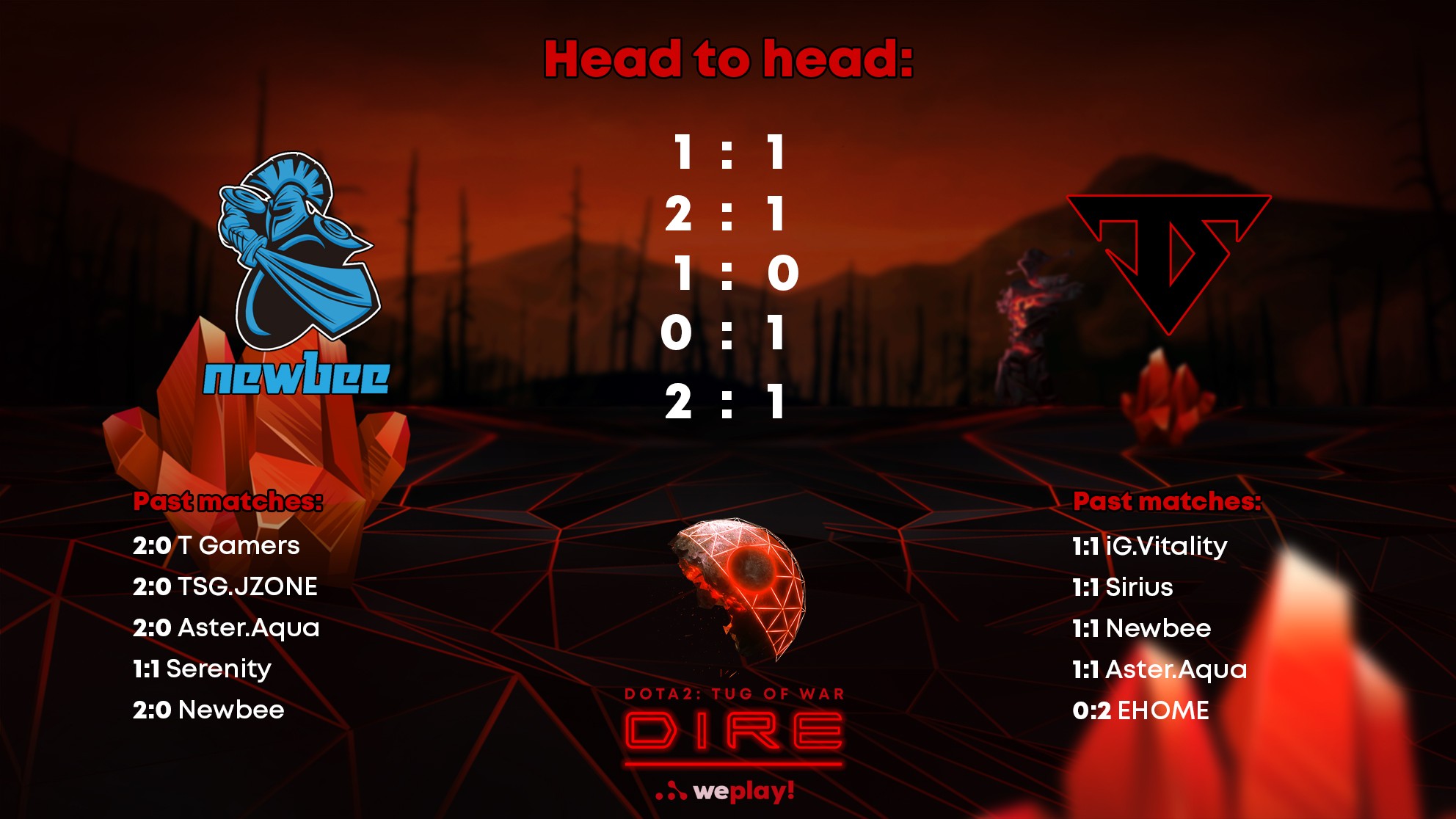 Newbee performed rather well while qualifying for the Major, but their attempt to get to the Minor was a complete disaster. The high competition in the region is the reason why the best Chinese teams often face each other rather than the young blood. And if Newbee wants to get to the top, they need to train more.

Team Serenity hasn’t done anything significant in terms of showing impressive results since they broke into The International 2018. The team couldn’t even conquer the open qualifiers for the prestige tournaments.

Despite the fact that the latest meet-up between the teams ended with a draw, Newbee should win this time. It’s just about the better teamwork – the individual skill of players is also comparably higher.