Hi, my name is WePlay! and, let’s say, I’ve been here for many years. My entire life has always been related to video games. I am surrounded by a lot of likeminded people but my friends and I still cannot figure out what we love more – Dota or CS. In fact, we’ve recently decided to give first place to Artifact.

I am very responsible and you'll miss out if you don't pick me. Positivity, stress resistance and creativity are one of my main merits. Also, I have experience in running esports events! Have you seen the Gorillych on Reshuffle Madness live broadcasts? That was my idea. By the way, my Twitch channel has 60k followers!

Anyway, video games are my passion. I freaking love them! And Kojima’s a damn genius! Oh, they say you gotta write a poem, that would make them notice you. I don’t know, I felt like “screw the rhymes” and made a haiku.

Sad Gorillych
Buckets water out again
NAVI are out of the finals.

Thanks for reading. Would be mad happy if you pick me!

During last several weeks we’ve been getting tons of applications for the dream job from you. Total amount of inquiries exceeded two thousands, each of them was carefully and fondly read by our staff. Together we’ve laughed at your jokes, read the poetic applications and felt really sorry for authors of the touching stories about playing video games on old laptop with 10 fps.

Some of you did their best job trying to fit the number of words to 200 in order to get the achievement, while others used only 1 sentence for their application. Some people made full blown poems, rhyming “me” with “me” and “get it” with “get it”. A bunch of you has even gone so far to boast with their achievements in esports or Twitch channels. 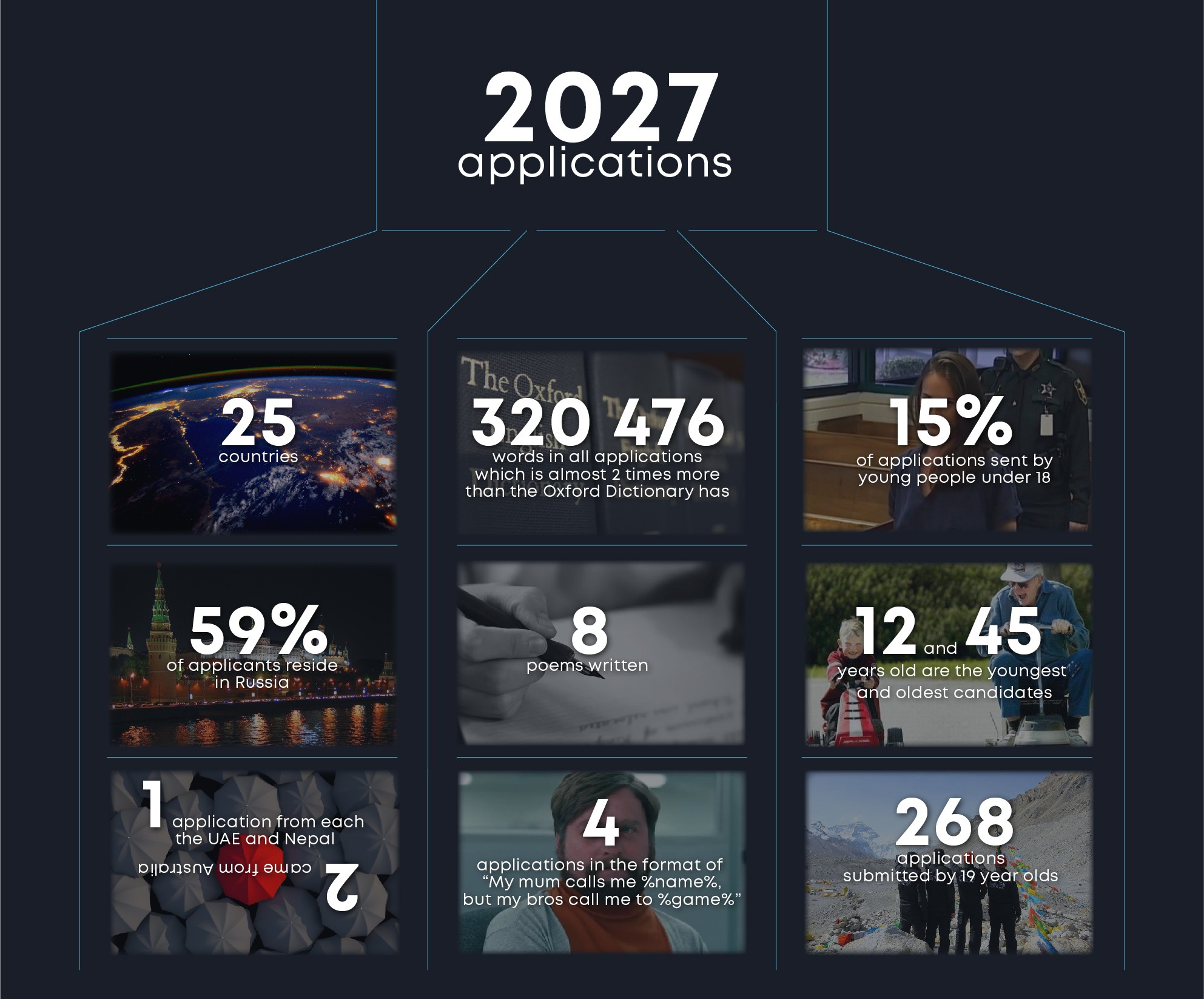 Despite majority of applications coming from Russia, the job position got contenders from 25 countries from all over the world. We have received "resumes” from Nepal, Mongolia and even Australia. The #GAMER WePlay! vacancy united players from 5 different continents, who would’ve thought!

Now we have a tough decision to make. Soon we’ll pick 20 best applications who will then be moving to next stage where YOU will vote for the best candidate for the Gamer job on WePlay!