- We are going to have a tournament! - the Dota 2 Community manager yelled with excitement, breaching into the cabinet

-The Dota 2, capt. obvious. The teams who are making squad reshuffles will play in it. It will be fun and we already have a name for it - Reshuffle Madness.

And so it began. We started making design, articles and promotions.  The preparation process was in a full swing. For 4 hours from that statement, the sound of rolling gears in employees head was reflecting of the walls while they were generating new ideas.

Only one week has remained till the start of the Madness...

We must admit, we let this madness happen, but we did our best to make you go crazy with us.

Reshuffle Madness is over. 8 teams, 14 games, 37 maps, 54 hours in live-broadcast for 5 days and more than 37 thousand viewers. However, we question ourselves, is it enough for those who evaluated DJs work, summoned WePlay veterans and with trembling heart observed Gorilla scooping water from the lake?

During the whole WePlay! tournament the entire studio was diving into the madness atmosphere. We stayed overnight in the office, forgot about diet or sleep and forgot what we have forgotten.  We went through all feedback and reviews regarding our achievements to fix and make everything better for our community. All ideas for Gorilla clips were generated with triple efforts, used all our enthusiasm to broadcast and moderate the show and drank coffee in gallons to keep creating. 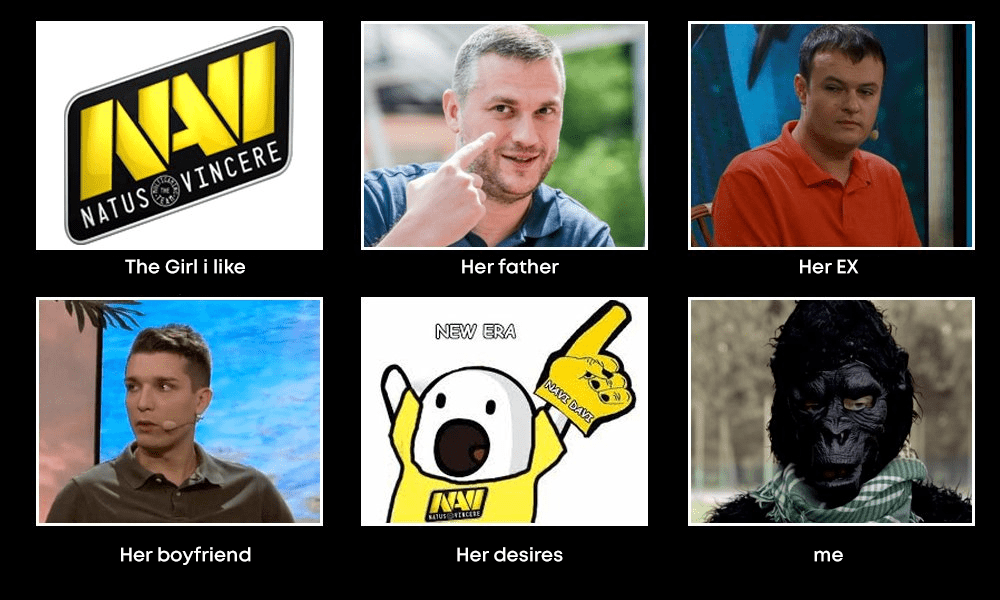 While teams were growing their might, fighting for $50.000, video-editors were growing the swellings around their eyes, in order to "Again" finish one more video-insert before next broadcast day. Observers put a lot of effort to redeem themselves for missed kills and in-game moments. They even showed you a heron and mouse as an excuse. SMM and journalist were genuinely glad for every positive feedback in social media. Craziness form Reshuffle Madness was felt even by cleaning services, that came for rescue after we filmed "Bang Again"
I think you need some more explanation about this "Again" thing. The reason behind that is that the word "Again" in Russian is consonant with Russian word "F**k" and the whole "Again" stuff is referred to an old joke where some words rhyme with "Again" which provides them with deep and emotional meaning. It explains the whole stupidity or meaningless of the situation, as well as, fatigue of person saying that.

We also surprised our observers and analytics when one of our directors burst in the studio during the broadcast and start yelling at everyone "Why is there no registrations? Didn't I tell you to mention promo-codes more often? Dear viewers, don't you need a laptop? Put in damn promo-codes and you can win one!"

We even asked our analytics to sign a laptop and make it the most desirable thing for Ru-Dota community, after our DJs of course.

Reshuffle Madness has gathered a lot of reviews, both negative and positive, but each one of them was considered and heard (except those which were about Pasha Technic). We learned a lesson and will work on our mistakes. Also, we wanted to thank you all for your support and participation.

Such a great tournament could not be avoided by famous figures, you could have seen Dendi, yXo, CrystalMay in our chat. Unfortunately, most of the AdmiralBuldog's public could not understand Russian :(

Wait-wait-wait! We almost forgot to mention our teams. Didn't we thank them and told about the tournament winner? Gorilla is great, but we are here to watch Dota, right?

Alliance made no substitutions for the upcoming season, unlike other collectives that participated in our tournament, which did them a good favour, as the squad had synergy. Their perfect team-play was obvious to everyone and well-considered picks let Swedes to impose their game. During the entire Reshuffle Madness tournament, Alliance has only lost 3 maps. The first game lost was when they played vs Odium they played made an experimental pick - Chaos Knight for offlane position and it did not work out. The second lose was due to Box picked untypical for him character, when they played against Ferzee.  The third unsuccessful game was because of their decision to go for Roshan instead of finishing the game and breaking the throne.

Individual qualities of each player played a huge role in achieving this victory.  iNSaNiA showed us some insane skills playing Rubick, and got a lot of praise from commentators and analytics. Taiga became a real pain in the ear for every opponent playing Earth Spirit. Any other team member did not fall behind their teammates. A well-deserved victory for team Alliance!