The last week digest was written under light, drizzling rain in the Neuss, Germany, not far from Cologne.

The big events in the industry cannot be missed or avoided, that is why our company representatives have visited The International as well as no less exciting Gamescom.

You have probably seen the Dota 2 tournament already, that is why we will jump right to the review of the exhibition. Gamescom consists of tiny details and things like: people, companies, ideas, projects, stars, tournaments and all this is served with a delicious appetizer of kindness and cozy atmosphere as a side-dish.

Spare the envy for publishers and developers, as not only they need to arrogantly glance at their competitors, but also, to attract enough audience to their project. The biggest parties decided to enter the arms race and traditionally everyone had their own pick of the vehicle.

Let's have a closer look: 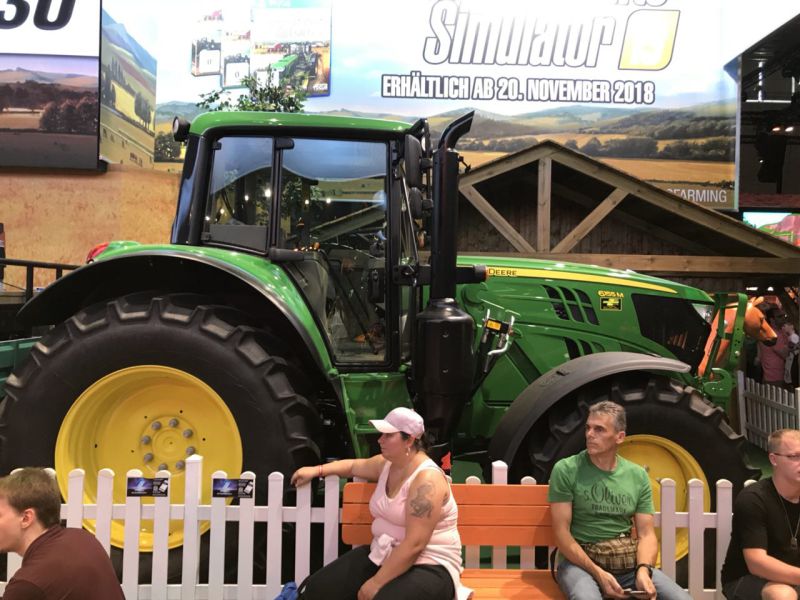 1. Farming Simulator. After the author has seen this big truckie, he suddenly realized that his ex-girlfriend was not the worst choice. This green, shining beauty has gathered a lot of people willing to take a picture with it. Due to this type of vehicle is being durable, stable and what is most important - universal. Do you need some field work? Require the removal of the snow your neighbour shovelled on your side? Feeling like you definitely want that right lane jammed? This monster is on it! 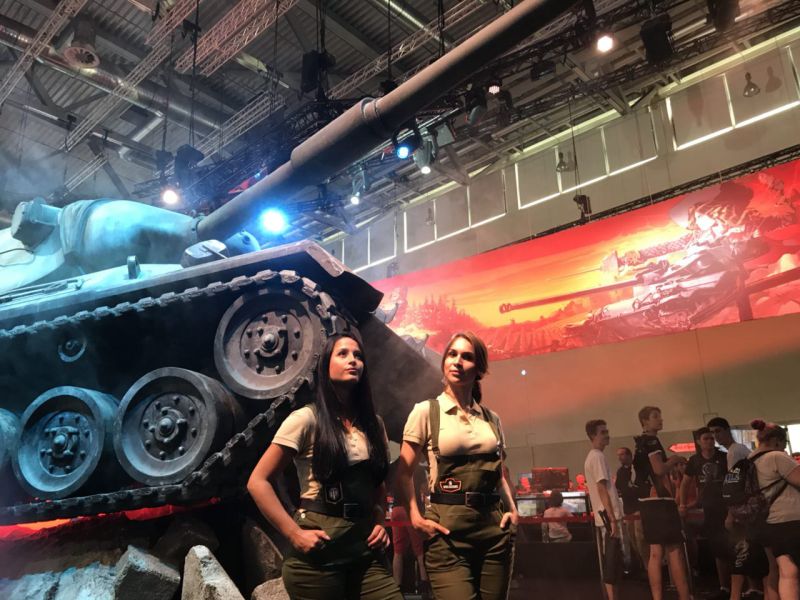 2. In the next exhibition room, the big Tommy has taken a defensive position which was deployed there by Wargaming fellas. The approach is simple: Power and Force! What a pity that this tracked vehicle cannot contest faster and more mobile contestants. But who needs to race, when you can take them out before the start, right? Anyway, this model is absolutely impressive (i am surely not talking about the hottie on the left), that’s why World of Tanks doubtlessly made it to our list. 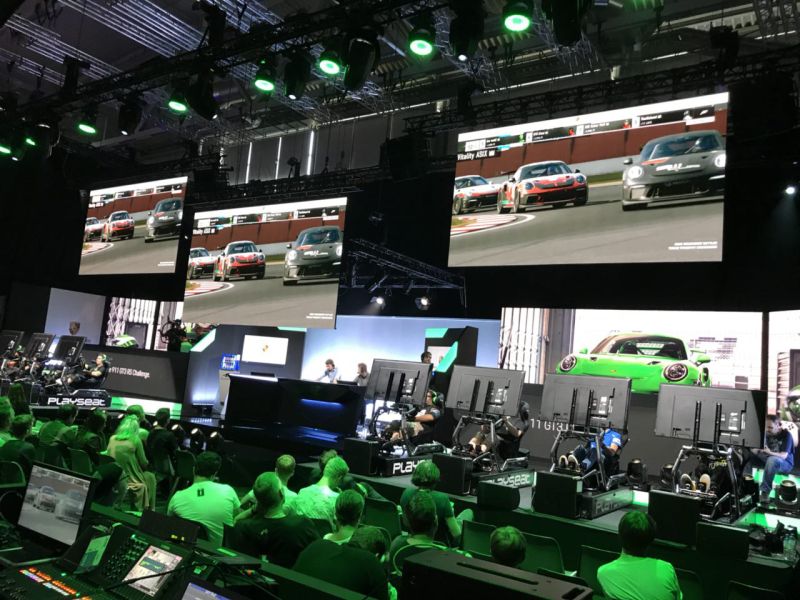 3. The ESL brought rally on the Gamescom. Do you sit all day in front of your PC? Then lay down! The virtual pilots were racing each other for multiple laps. Moreover, someone has even come victorious. Regardless of how exciting they thought it was, this competition was just a qualification in order to make it to our list. 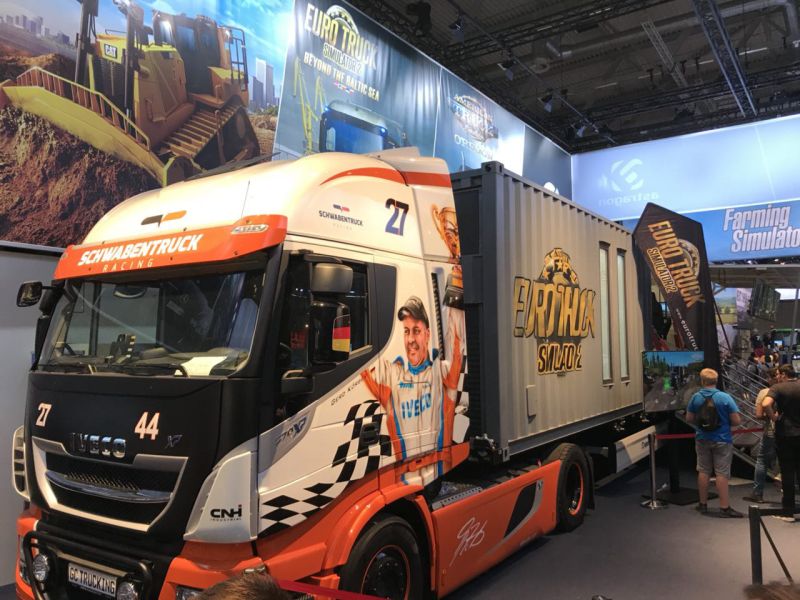 4. Go! Bobby, GO! Euro Truck Simulator has arrived on this beloved by hundred thousands of truck fans. This huge van could tell an exciting story about the rough life on the road, craving for sleep truck driver, who could not master all the parking secrets. 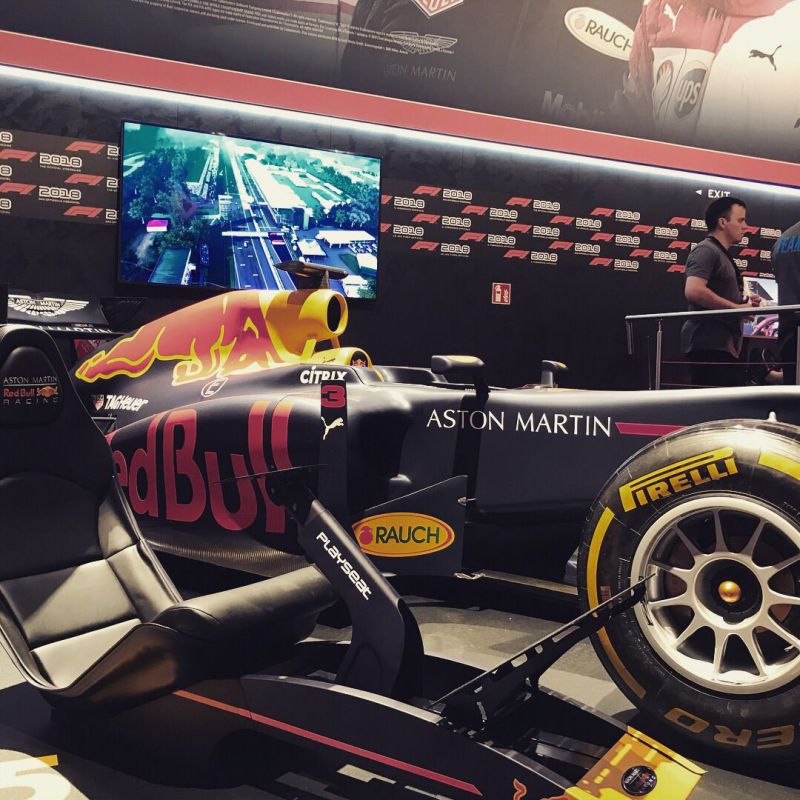 5. The F1 2018 developers have cheated and brought a bolide. It could have been observed from plenty of angles. Unfortunately, developers did not allow to sit inside, which penalized them for some points in our list. But even without taking this into the account, the speed of the bolide did not help them to win this race. 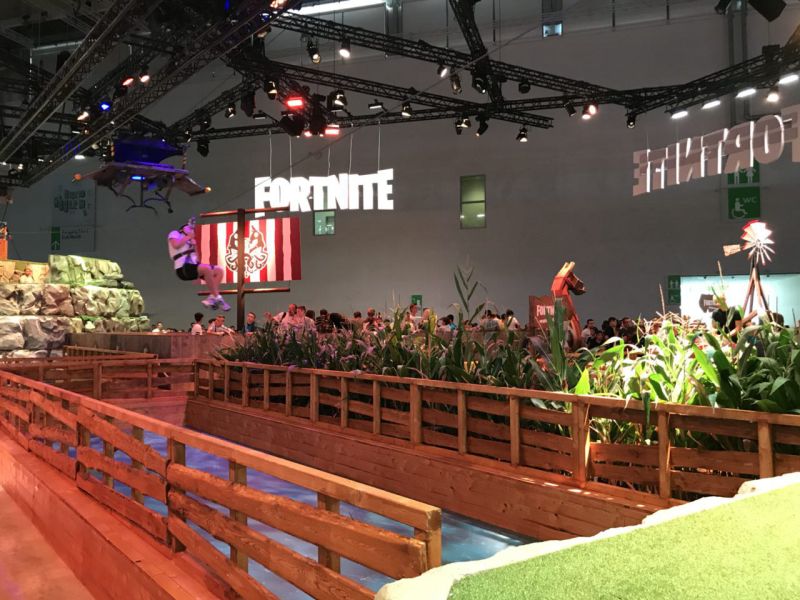 6. Epic Games more than others aware of how important it is to gain the advantage in the air. That is why Fortnite developers showed some creativity and offered to everyone this amusing attraction. Parachute, fall-safety harness and an unforgettable flight above a huge stand took off!

To win any race, in fact, it is essential to take into the account a lot of factors and specifics. Someone will require a big gun, some needs a bigger clearance. The competitors can take a bigger cargo or invest more effort. You can race faster than a wind and someone is capable of taking off to the sky.

You need to keep in mind that the industry is only at the start of its path and the finish line is somewhere beyond the horizon. It is quite possible, that all the drivers will fly off the track, so you need to get a maximum satisfaction from every inch of the road, while developing resilience and endurance.

As for our part, we continue our marathon and in less than a week, will continue our novel about the path we have covered.