We had an amazing time holding WePlay! Dota Underlords Open ast week. Going back to the "clips" section on the game on Twitch brings up a very warm feeling for us. 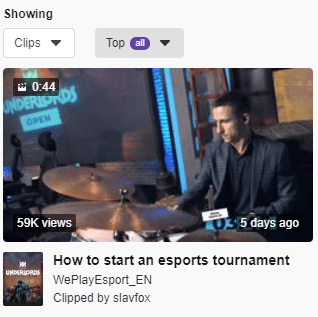 Huge shoutout to Tompsons Band for setting the stage for us!! We had a great time talking to the members of the band before and after the performance. Turned out, them some of them are big fans of Dota Underlords.

And the clip itself:

We can't tell you for how many hours this clip was playing out loud on various PCs in the office between the broadcasts, but that was a lot:

One of the things to understand about the event is that it wasn't just a new experience for us; we were literally doing the first big international Autobattlers event ever. What that means is that there is no best clearcut way to show the game.

During the first 2 days, we were tinkering with 4x view, which seemed to work for OGN DAC broadcasts. It looked good during the tests but the feedback we got from viewers and from the casters showed that it wasn't worth it. Between the first and the second day of the tournament Valve released a patch which made players fight with each other instead of the copies of enemy boards. That was one of the luckiest things that happened to us throughout the tournament.

Rob made a video from inside the production room to show that everybody is in a good mood and hard at work before the second day of the event.

JoelLarsonGG became a rap god and also managed to foresee one of the strongest strats of WePlay! Dota Underlords Open main event.

This photo happened 10 minutes after the broadcast ended. Most of the people on this picture haven't fully realised that the event is not going on anymore and you don't need to be on high alert. It looks like the talent crew had a great time casting the tournament. We hope you enjoyed following it!

There is no right way to express our emotions from the tournament. This was a time to remember. Hopefully, we'll see you guys for the next event!