Dawn broke in the desert. Dunes acquired contours and outlines, and gradually emerged from midnight. A bizarre squad together with the whitening sandy waves, wandering through lifeless hills, got its shape. Two travellers led the two brown camels, loaded to the top with cloth. The first traveller was a massive, full-bodied hunk, wrapped up in a burnous, the second - his opposite, lanky and skinny, barely peeking out from under the kufiya. Judging by their appearance, they were traders from Quath. 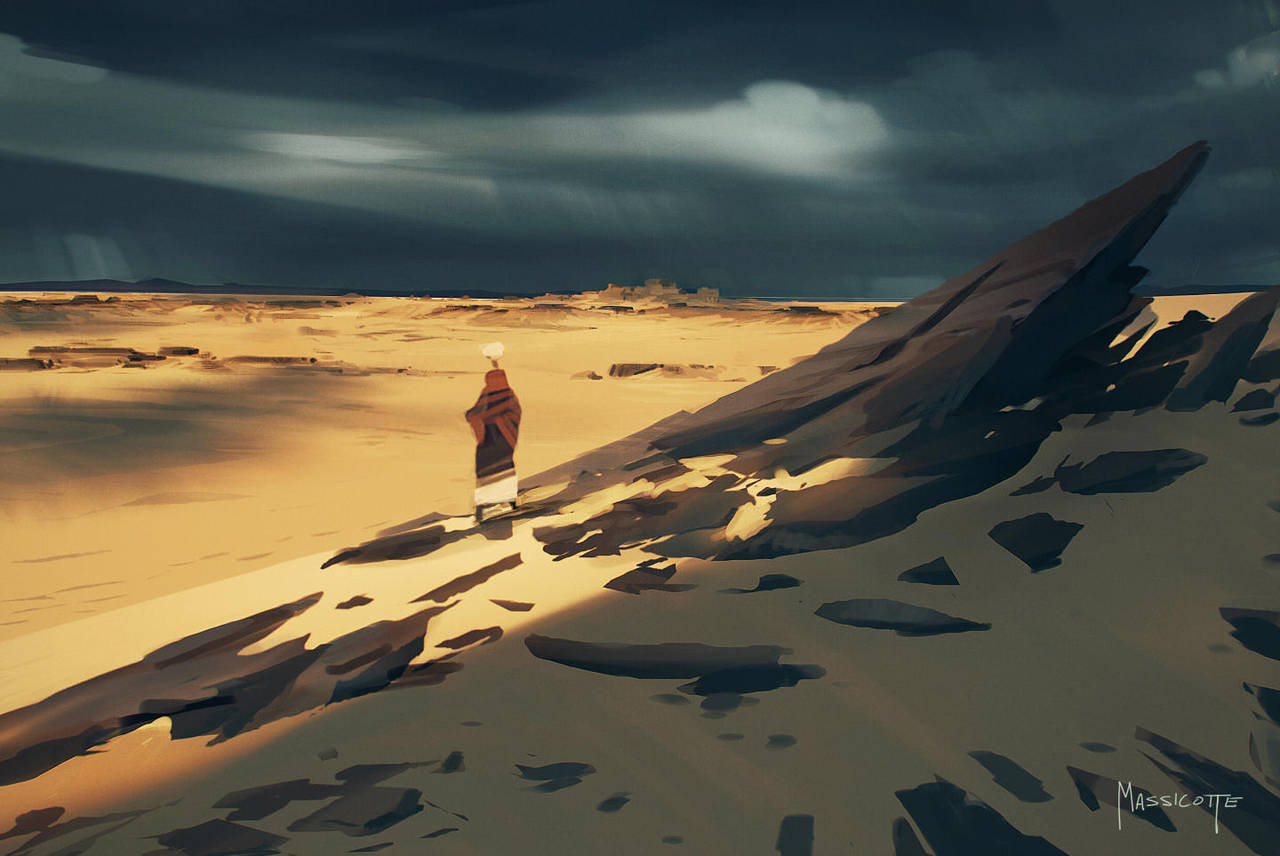 The nightly coolness will disappear without a trace after a couple of hours. The hot smell of the desert will slaughter the nose, and the rare breeze will leave only a few new sand grains on dry lips instead of relief. The travellers knew about it. They climbed to a large undulating dune with the first rays of the sun. The big man put a hand to his forehead, like a visor, squinted and smiled frowningly:

“The sparkling desert turned out to be quite welcoming,” said the trader, “We’ll be in Qaldin tonight.”

As expected, the city was flooded with travellers - pilgrims, mercenaries, criminals and tramps. It was evident that the city guard wasn’t very happy with this annoying activity, and the local vigilantes were already tired of the uninvited visitors' influx. By evening there was a massive line of carts and motley troops at the southern gate of the fortified town. The evening heat has mixed the stench of travellers and pack-animals with soot tar torches. 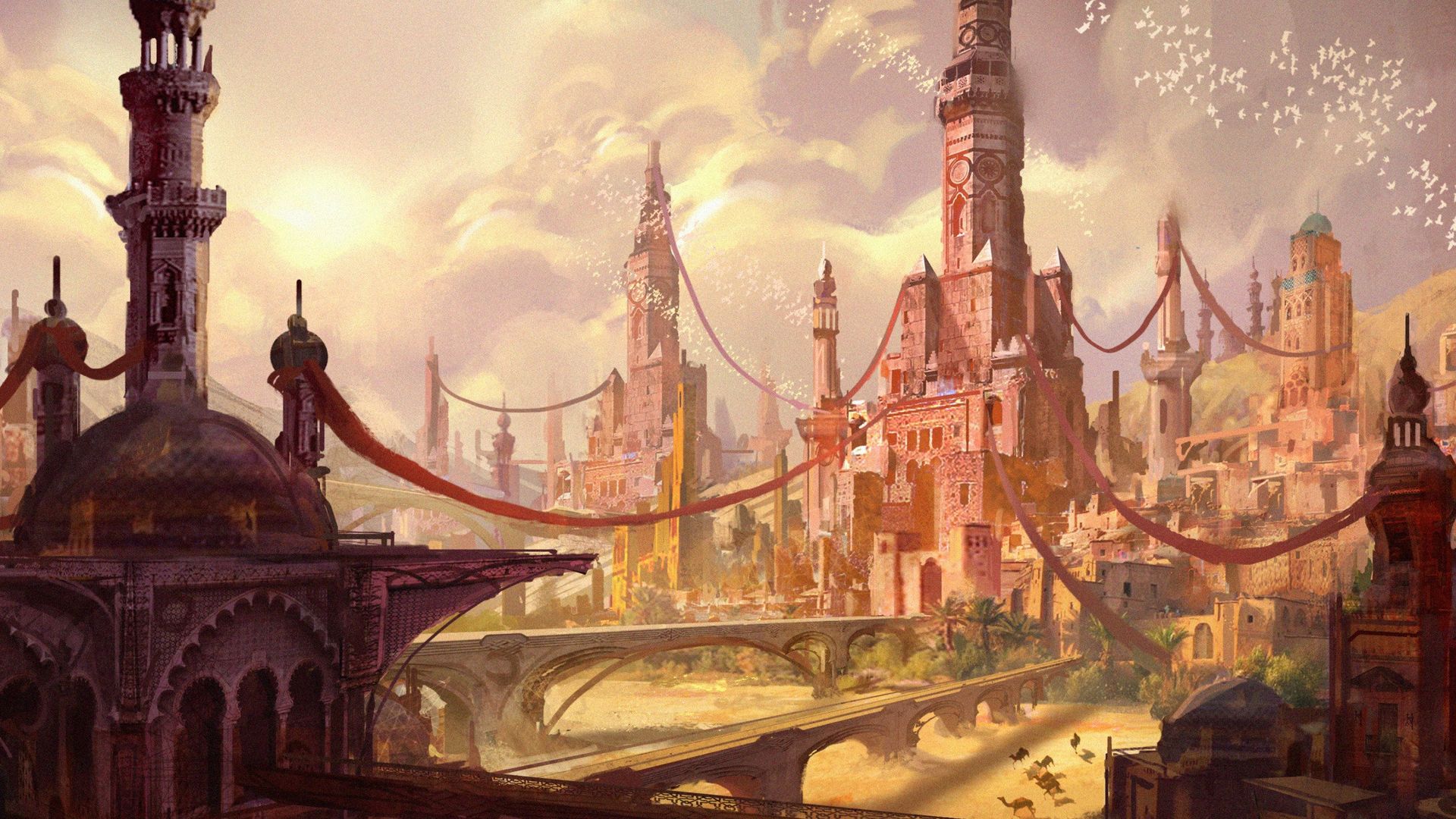 When the turn came to two traders with a pair of camels, the leader of the guard asked rudely:

“Purpose of arrival in Qaldin?” - his eyes laid on the full load, - “What are you transporting?”

“Greetings, honourable officer,” the big man replied, smiling heartily, “we are librarians from Quath, we are carrying an important piece of work on deciphering Ozkavosh to the border of the Nightsilver Woods….”

“What are you talking about?” - The “officer” who sweat a lot, didn’t even try to pretend to be calm or courteous — “After this damned Moon had disappeared everyone flocked here like flies to the scat! Why are you scouring here, rogues? Unpack your bags right now!”

The guard went to the camels, but both traders deftly surrounded him, exchanging a couple of quiet phrases. The “officer” disappeared for a brief moment in the massive folds of traveller’s burnouses. The next moment they returned to the beginning of their small caravan. The guard's pocket was pulled off by a solid leather pouch sticking out of the leather armour lacing. The “officer” habitually shrugged and coughed heavily.

“Tell me what you know about rogues like us,” the lanky man asked politely.

“Rogues? I didn’t mean that,” the guard replied, although the scornful tone didn’t disappear anywhere — “Do you understand, we are on edge here. But how else? The visitors come from everywhere - they eat a lot, rowdy, and then get out. Most of them go to the North, but someone - to the East. One big guy boasted at the fair that he doesn’t need an army, that he is an army himself! Another started fights in taverns - and took them all down with one blow. Anyway, we aren’t here for formal dances, and that's it! ... Pass!"

The traders bowed courteously and moved towards the city gates.

“So what these wrapped mangy curs carried? ..” asked the “officer” enforce-mate when he approached the post. 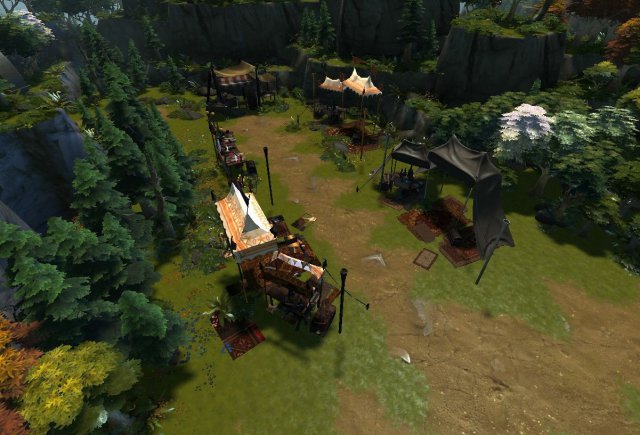 Two days later, the travellers reached the Nightsilver Woods. The cart, which was exchanged for camels in Qaldin, creaked and reeled under a heavy burden. But it was much easier to walk - the freshness of the deciduous forest retained their vigour and nourished their strength.

“Remember! Most of those who we met on the way, won’t stand before the power of Radiant.” - said the big man - “Only the true hero can understand and accept the call of the Ancient One without losing his mind.”

“What fate awaits those who are not strong enough?” - asked his companion.

“They’ll lose themselves and the will to live. The Ancient consumes their soul, changes their flesh. They’ll become weak-willed puppets in an impending opposition. I don’t envy them at all…” 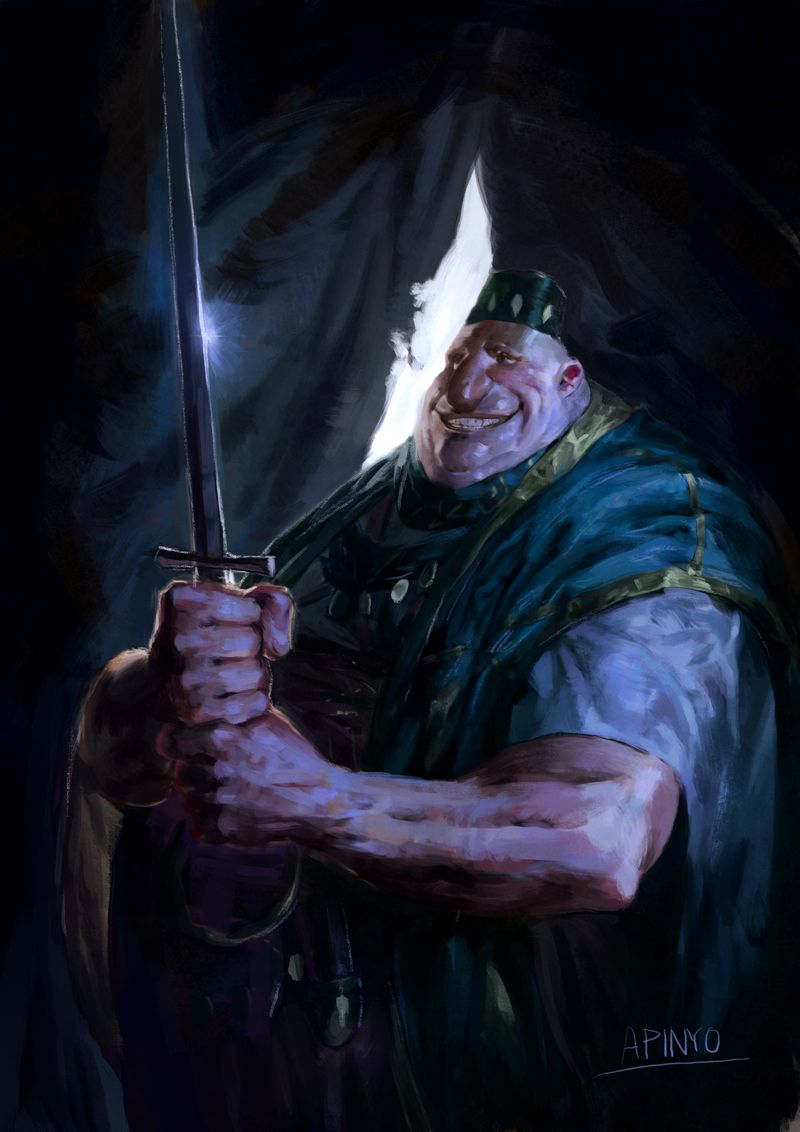 “Praise to the Knowledge!” - exclaimed the first - “We’re on time! The Master's plan worked: only the Ancient One awakened to life, and its power is still very far from the original level! Divine intervention favours us ..."

The second traveller stopped the cart and ripped the protective canvas. The faint glow of the ancient artefacts lit up his weathered face.

“We have to hurry. The heroes keep coming to the crystal. Some of them are destined to decide the fate of the Great Opposition. We cannot miss their appearance.”