Ubisoft is visiting the annual E3 2019 exhibition this year and they've brought Watch_Dogs Legion with them! Of course, there will be a lot of cool announcements apart from WD, and we will provide you with the most important stuff from the press conference.

The display began with a decent orchestra-show dedicated to Assassin's Creed series. Goosebumps.

Yes. It is London. It is about playing different characters. A network of rebels. Read all the information in the dedicated article.

A mode will appear in the game where users can create their own tasks and share them online. A great option for an already almost endless game.

Then, Always Sunny in Philadelphia star Rob McElhenney came on stage and announced a new TV show for Apple TV+. The show is called Mythic Quest and tell us about a game development studio working on Mythic Quest game, which is the biggest MMORPG in the world. 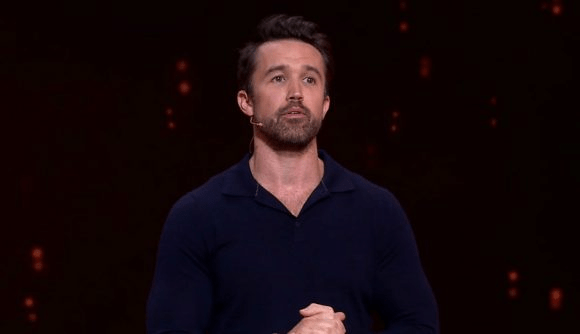 The new operative for Rainbow Six Siege will be available tomorrow. A small teaser - below.

Also, there was an announcement of mobile Tom Clancy's Elite Squad. Players will be able to make their own squad of heroes of various Ubisoft games, among which Sam Fisher appeared.

A brand new Rainbow Six game with the title Quarantine. It is a three-player cooperative game where the players will have to fight something and not become it eventually. Read more about the game in a dedicated article.

They promised to show the game later, but even the teaser looks really intriguing.

Ubisoft announced its own service with access to the catalogue of games on a monthly subscription system. 30 days of access will cost $ 14.99, and the library has more than 100 projects, including all new items. The start is scheduled for September 2019 for PC and Google Stadia.

The new multiplayer sports project, representing something like "handball on the rollers" and acting in the same niche as Rocket League.

A small project that kind of reminds us about The Legends of Zelda: Breath of the Wild, based on the myths of ancient Greece. The release is scheduled for February 25, 2020.