The Esports Observer website has published a rating of the most popular games for the week from March 25 to March 31. The ranking is based on the viewing time of the game by Twitch viewers. 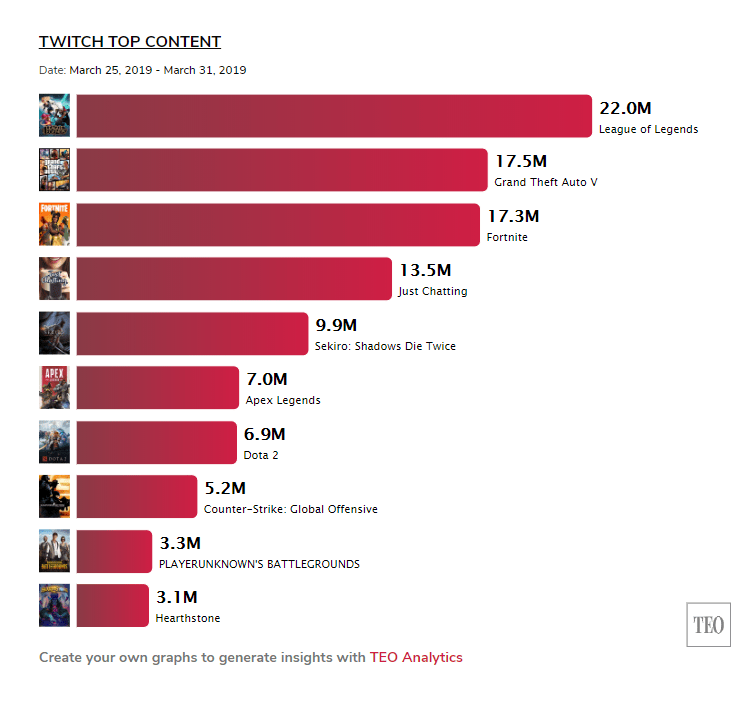 League of Legends: story of loyalty

This year there were many games on the Twitch-top. The popularity of Fortnite, for example, was influenced by Apex Legends and Grand Theft Auto 5. But one game was stable.

League of Legends wasn't the most popular game every week, but during February and March, esports matches in the Riot Games creation attracted views of 20 million hours a week. 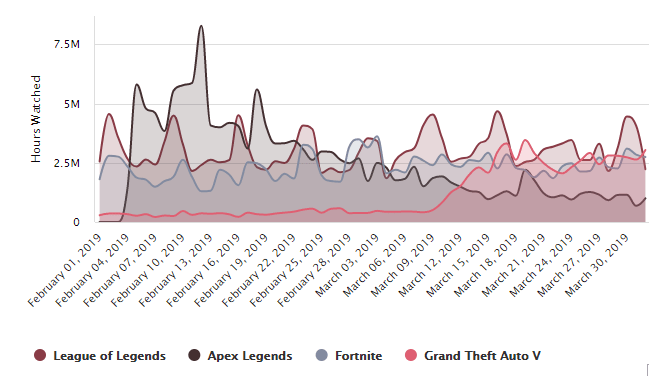 Even though games such as Apex Legends and Grand Theft Auto V caused hesitations among Fortnite viewers, the permanence of LoL game showed how loyal the audience of this game is.

Last week, the Overwatch League took a short break and discipline views decreased to 2.4 million hours. This fact knocked the game out of the top 10 and barely allowed to stay in the top 15. 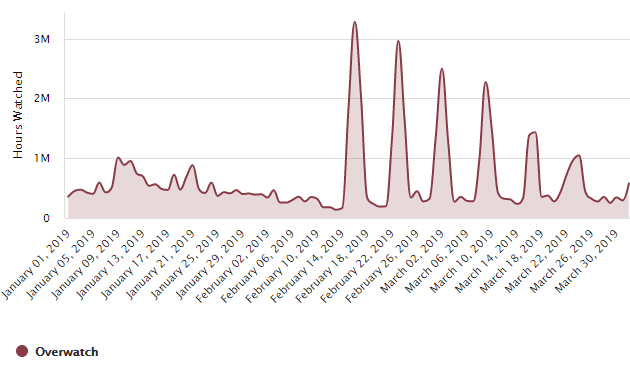 The game is watched several times less in those weeks when OWL competitions don’t take place. Apparently, Overwatch is even more dependent on esports than Dota 2 and CS:GO.

Do you believe in magic?

Magic: The Gathering channel generated an event worthy of the top 10 at the end of the week. Although the game didn’t make it to the top in viewing time, it was extremely close: 3 million hours is very close to the tenth place that another card game - Hearthstone took. 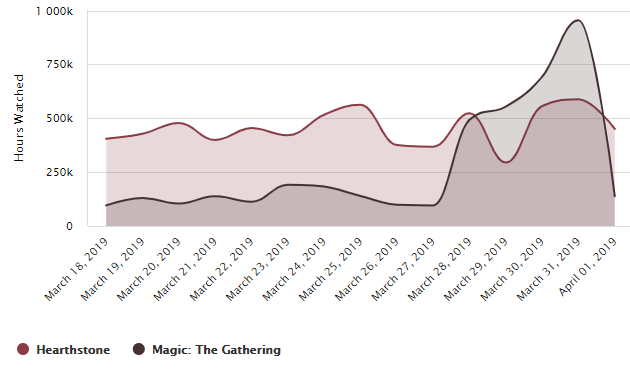 Sekiro: Shadows Die Twice has been at the top for the second week, successfully surpassing half the famous titles: 9.9 million hours.

This success can be explained by the fact that the speed runners have tightly taken over the game. Already, the world record for Sekiro walkthrough is 36 minutes. You can read about one of the first speed races in our article.