One of the most exciting for CIS fans and spectacular for everybody else matches is right here.

The game equal from the beginning: rare fights with slight Mineski advantage. Then the teams exchanged the sides to the 13th minute. NAVI lost bottom Tier-1, and Mineski lost the top tower.

Here and there the CIS team's heroes were caught by the opponents and killed. Mineski had a significant advantage in 4 000 gold to the 20th minute, and it continues to grow with every successful fight.

The 24th minute and long-awaited BKB for Sven, which, unfortunately, didn't help NAVI to do a team wipe near Roshan. Mineski could deal with them, but both sides suffered losses.

The NAVI players realised their mistakes, grouped up and, believing in their power, went to the rival's base to destroy the Ancient. They almost made it, but Mineski used buybacks and could kill the arrogant ones to push their midlane to the base. Keeping in mind a safe game, they retreated and let NAVI took Roshan on 37th minute.

We saw a heated fight on Mineski's top on 43rd minute, where Nikobaby did his best to chase the CIS team away.

There was nothing significant in teams' actions until the 54th minute - just farm and another Roshan to Mineski this time. NAVI tried to implement smoke, and they even could kill Lina near the Mineski's base, but "Nikobaby's here!" and they lost Beastmaster.

Mineski's great safe tactic to "kill, push and run" got its fruits: even NAVI did their best, they leave the tournament. 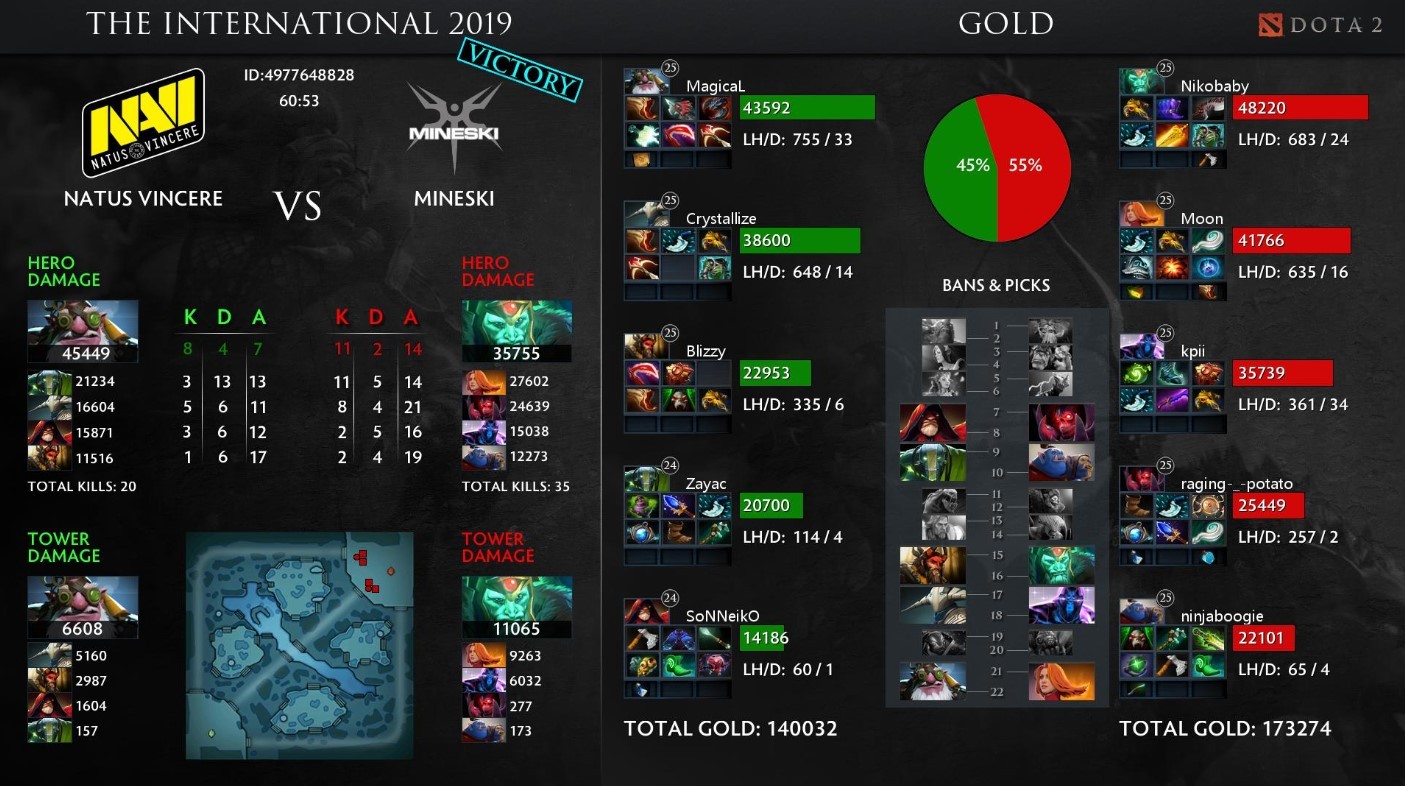