Last week the Dota 2 community was glued to two separate events — WESG 2018 Finals and the StarLadder ImbaTV Dota 2 Minor. Analytical company Esports Charts has posted the viewership numbers of the DPC Minor which showed an unexpected detail. The match between OG and Old But Gold which took place on the third day of the event (Group A Decider) gathered more viewers than the tournament finals between Gambit Gaming and Vici Gaming. 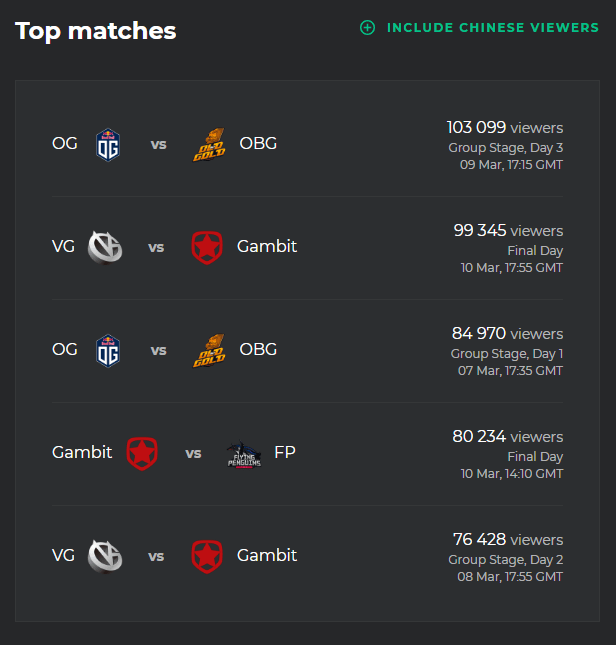 Old But Gold ended up winning the Decider Match and went on to the semi-finals. The Russian team lost 0-2 to another growing CIS force  Gambit Gaming, which had won multiple WePlay! tournaments this year. 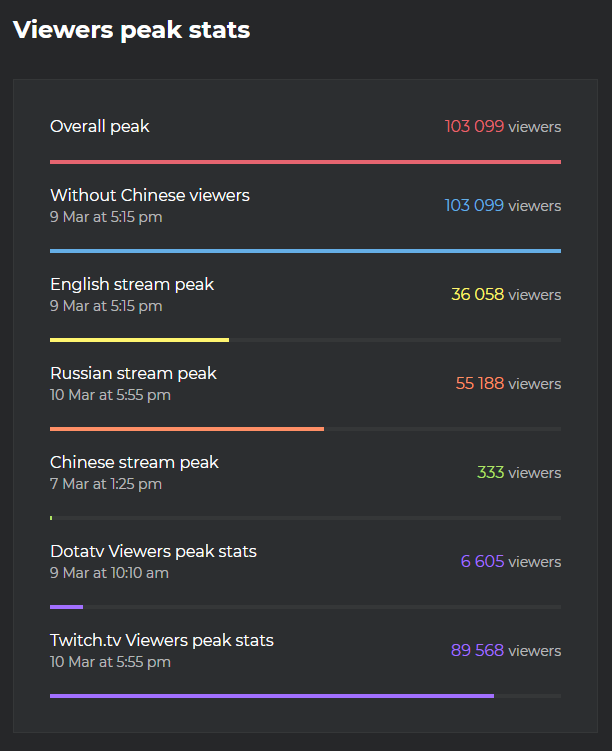 The fact that OG vs Old But Gold harnessed more viewers than the finals shows how popular the TI champions are despite relatively poor results throughout the current DPC season. Many players are inspired by the team and hope to see its success in the future.

Unfortunately, OG will miss the DreamLeague S11 Major which takes place between March 14th and March 24th as the last seed went to Vici Gaming.