The third day of WePlay! Valentine Madness started with a standoff between the winners of the previous round – The Pango – and one of the teams invited directly – Gambit Esports. The latter confidently started with demonstrating their high skill thus showing that WePlay! did make the right choice having invited them.

The Pango’s strategy was built around Kunkka, Phantom Assassin, and Beastmaster while Jakiro and Elder Titan complemented the team. Gambit Esports opposed that line-up with the mighty duo of Weaver and Shadow Fiend with Lich and Earth Spirit taking the support roles.

Both teams started battling pretty even with Gambit performing their battles a bit better, which resulted in the bigger initial score. Still, The Pango were up ahead in terms of value. Closer to the midgame they managed to stop enemies’ kill series, which resulted in greater gold growth and artefacts’ purchases. The 33rd minute was marked with the most significant battle of the match, which led to the whole Gambit team being completely wiped by The Pango while fighting for Roshan. The latter didn’t lose a single hero, and Gambit Esports had nothing else to do but to instantly quit to lobby. To execute their revenge, Gambit Esports picked melee fighters Tiny, Ursa, and Chaos Knight having sent Morphling to the middle lane. The Pango responded with a Centurion Warrunner – Lifestealer duo while picking Kunkka once again.

Gambit performed a nearly perfect early game destroying four towers belonging to the enemy and taking the lead in the net worth. By the 20th minute, Gambit Esports were well ahead with 15 thousand gold in advantage. The Pango did make a notable response when the very first battle for Roshan unleashed, and four opponents were down by The Pango’s perfect initiation. It didn’t actually help though, because Gambit had enough time to wait for their heroes to respawn and take Roshan back while making a couple of strategic eliminations. Morphling was equipped with Eye of Skadi by that moment and reached the critical mass. There was nothing for The Pango left to do, and the second map was won by Gambit. 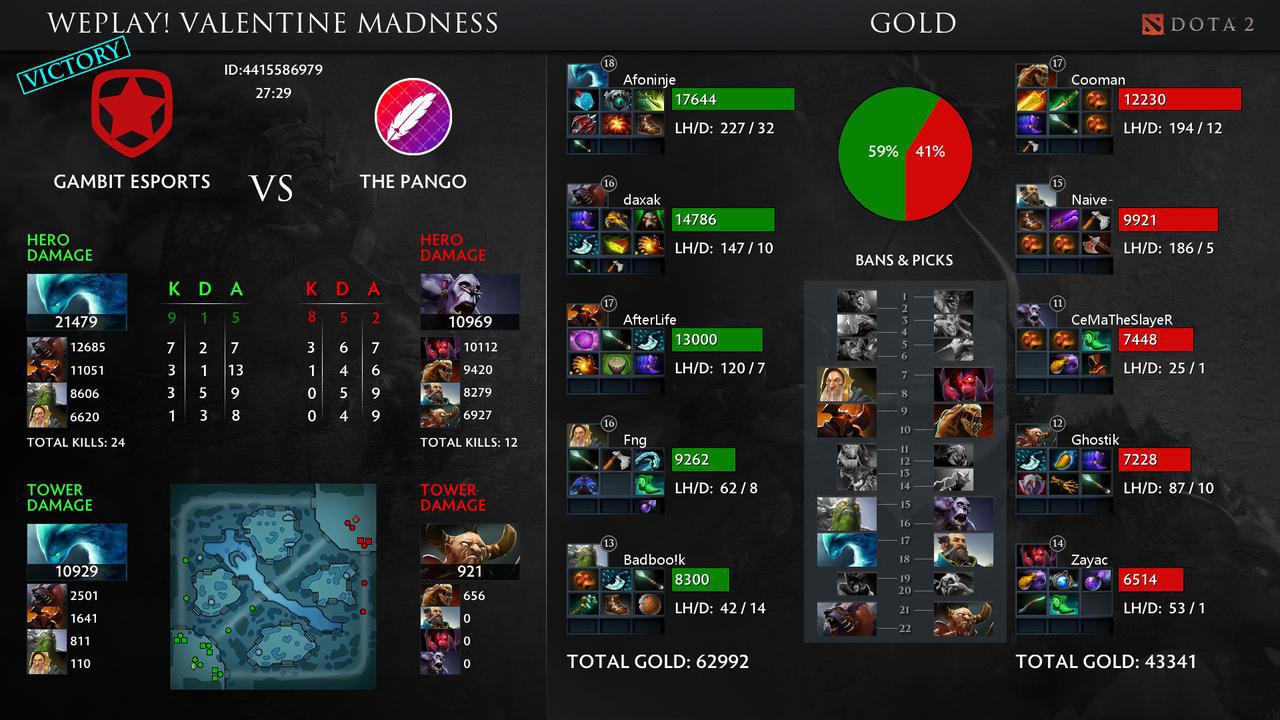 For the decisive match, The Pango chose a strategy with Anti-mage, Pugna, and Tiny while also stealing Chaos Knight for their team. Gambit Esports placed a bet on the combination of physical and magical damage choosing Legion Commander, Dragon Knight, Lifestealer, Phoenix, and Keeper of the Light as their champions.

The first 10 minutes are best described as a tight fight with none of the teams taking the undisputable lead. Gambit did score a few frags, although it didn’t affect the actual net worth. Instead, The Pango took over their opponents in midgame and established control over the game. 30 minutes into the match and Gambit managed to perform a comeback with winning the fight for Roshan, eliminating three enemies, and going ahead with 7 thousand gold. Gambit sieged the bottom lane after that, and The Pango lost another battle while trying to rescue Cooman. This resulted in a loss of strategic buybacks, and a few minutes later Gambit pushed further destroying the enemy team thus securing the tickets to the semifinals. 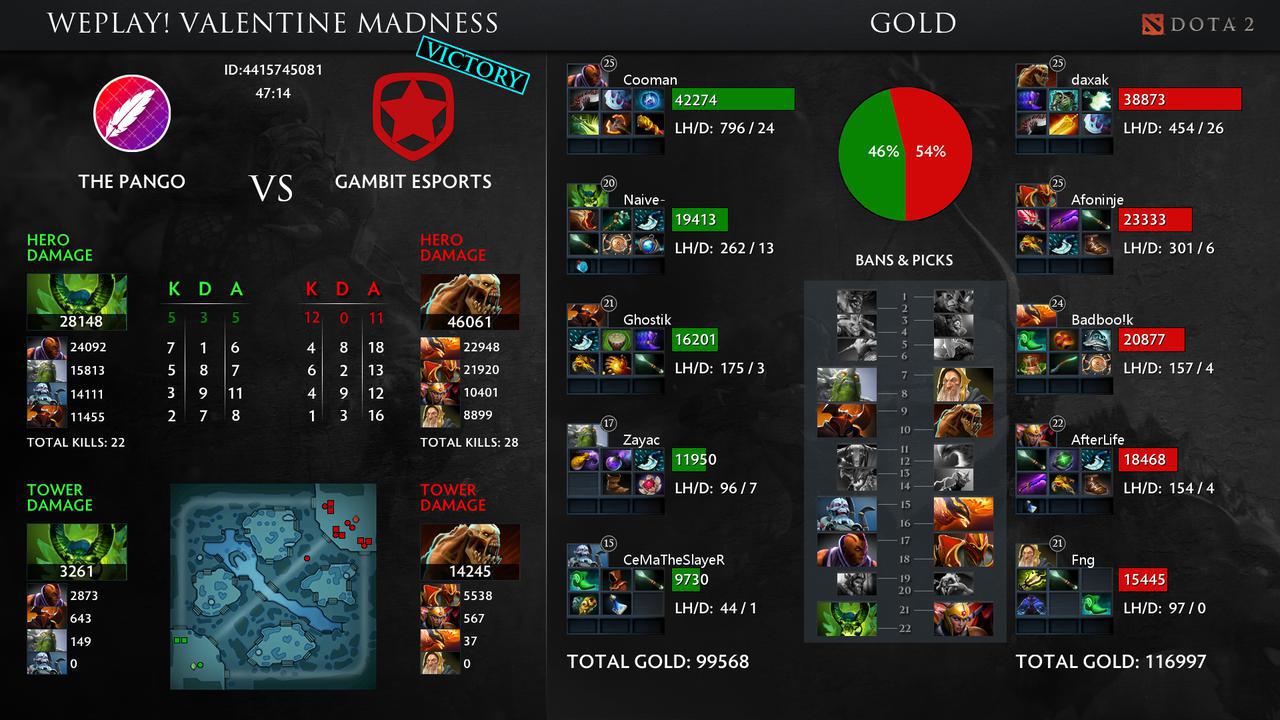 Gambit Esports advanced further in the bracket, and they are going to face Ninjas in Pyjamas. In regards to The Pango, the team is going back to the lower bracket.