Ubisoft has recently teased something related to Ghost Recon what many of us assumed a hint at the possible reveal of a new entry in the series, and if there’s any credence to the recent leak, we are indeed going to witness the official announcement of Ghost Recon: Breakout.

The collector’s edition for the game leaked yesterday, and while it was removed fast enough, you can never delete anything completely from the Internet. In other words, we have a visual confirmation of the leak through the German Ubisoft store. As you can see, there’s the title of the game – Ghost Recon: Breakpoint – along with a collectible figurine of a hooded soldier. Now, it is worth noting that the official Ghost Recon Twitter has been teasing the announcement of sorts for the past few days, and the figurine on the leaked image coincides perfectly with the hooded soldier in the official teasers for the upcoming Ghost Recon world premiere. In other words, it all seems pretty accurate. 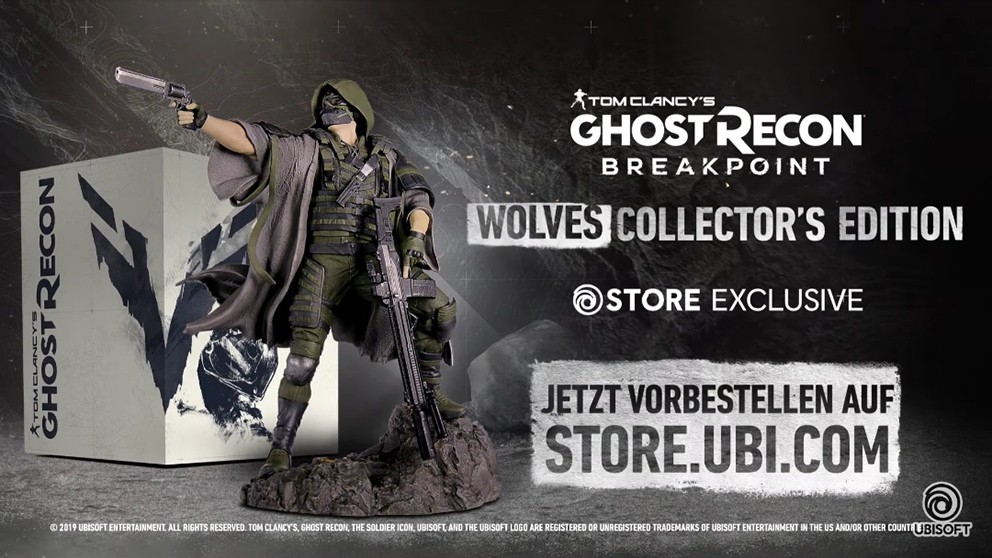 The official announcement is coming in just three hours – it is scheduled to happen at 8:30 PM CEST. Going for the official link GhostRecon.com/reveal forwards you to the recently created website for the fictional company Skell Technology. There you can see the embedded livestream of the official Ghost Recon Twitch channel with a filling percentage. Once it reaches 100% – presumably, at 8:30 PM CEST – we’ll likely see the announcement itself. We’ll keep you updated.

While it’s pretty much indisputable that the game is going to be called Ghost Recon: Breakout, there’s close to nothing known about the possible setting whatsoever. There’s been a leak that the game was going to be a direct sequel to Ghost Recon: Wildlands and the role of the antagonist would be portrayed by Jon Bernthal as his character Cole D. Walker from the Operation Oracle update for Wildlands. Still, it needs official confirmation.