Private beta testing of cooperative action Tom Clancy’s The Division 2 will be from 7 to 11 February on the PC, PlayStation 4 and Xbox One. Ubisoft told what to expect from this trial version in the new video.

The players will be able to explore the eastern part of an infected Washington and complete two main and five additional tasks. They will also have access to some “additional entertainment in the open world” - it is likely that they will have the opportunity to find and improve the “Theater” settlement, where the merchants will be located. 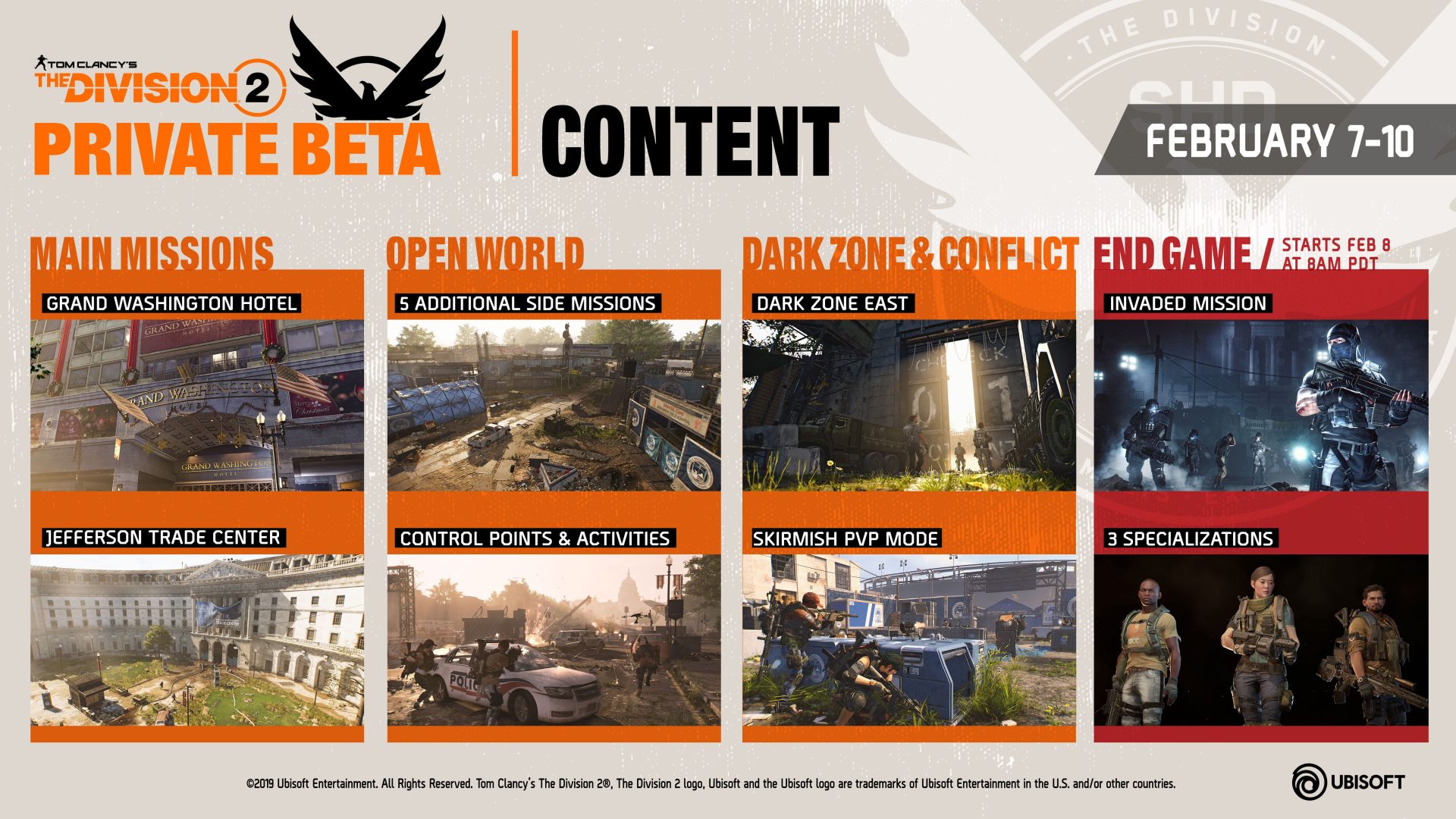 There will be content for fans of PvP. You will be able to try out the four by four mode, as well as go to the "Dark Zone" in the east. As you know, The Division 2 will differ from its previous part by the presence of three “Dark Zones” at once - all characteristics of the players are equalised in two of them, and everything works in the third according to the same rules as in the first part. This third zone will be periodically transferred - perhaps it will be possible to evaluate it in the beta. 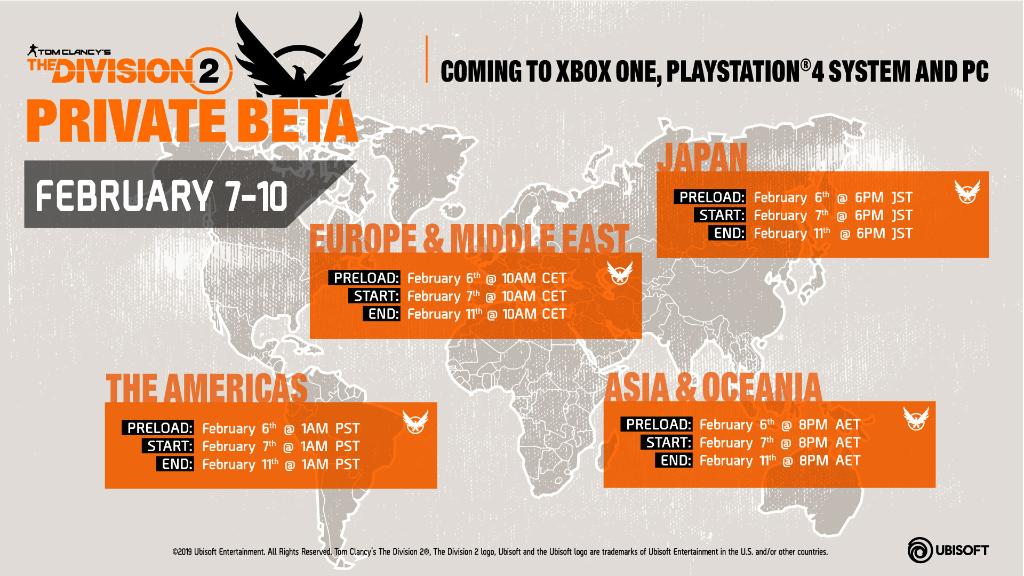 Those who pre-order the game on any platform will get the guaranteed invitation to the Private beta test. Recall that The Division 2 page has disappeared from Steam recently. The game is available for PC only at Uplay and the Epic Games Store.