As you can see on the picture, the number of viewers on each channel with prohibited content is about thousand spectators. Well, very popular game, don't you think so?

Of course, the number of viewers in the Artifact channel has increased dramatically due to such an "unexpected gift" from the cunning channels and inattentive moderators. By the time the hits were discovered, and the moderators began to remove them, the number of viewers was about 5,500, then there were sharply a thousand more (about 6 580 viewers). Apparently, a popular rumor quickly spread, and the crowd ran to watch everything with their own eyes.

Moreover, even after the removal of the offending channels, they continue to create accounts and stream all the same videos. 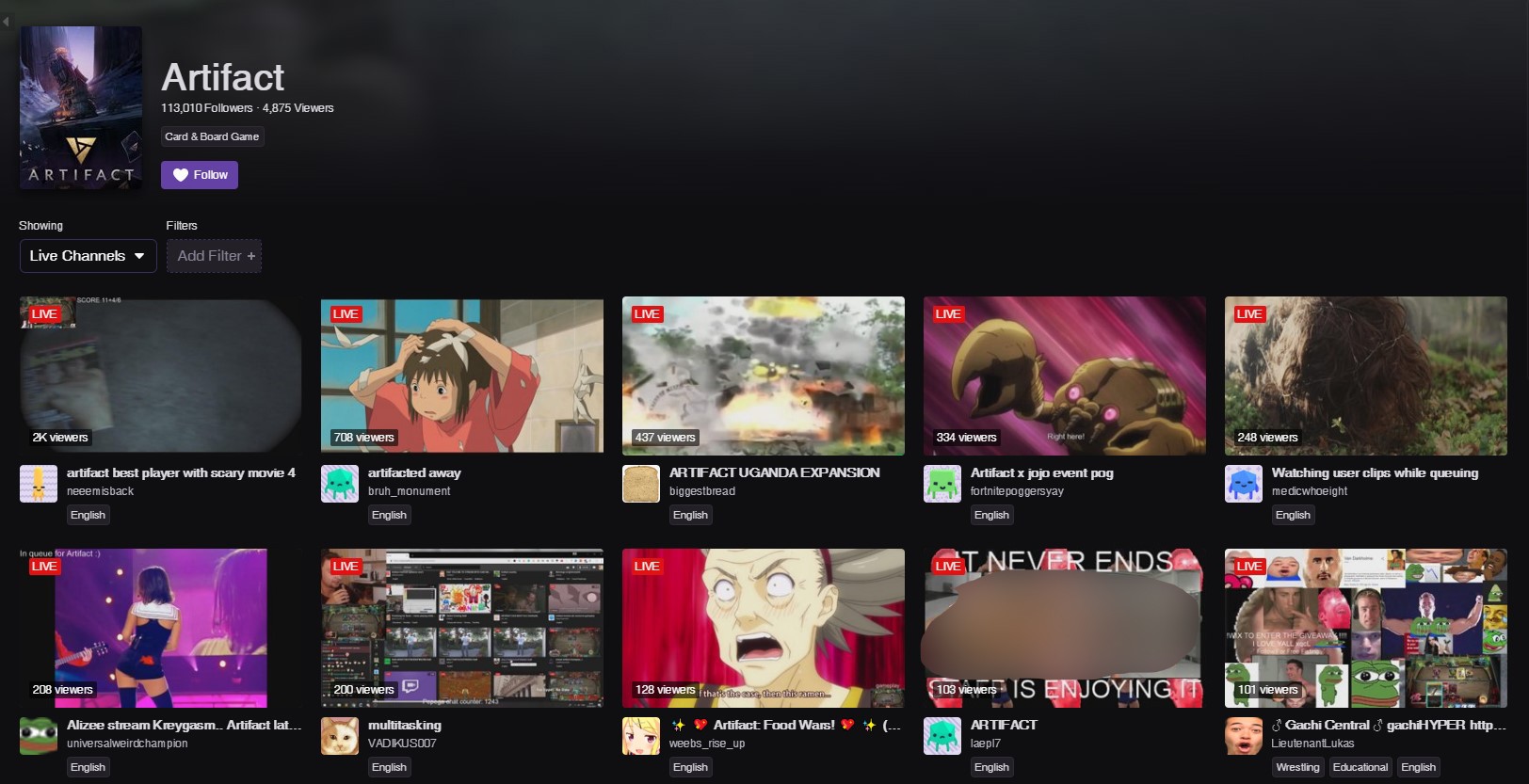 Maybe, Twitch needs more moderators or some rules to prevent such cases? By the way, these tireless guys even use various phrases to tease Twitch staff, for example: "It never ends, staff is enjoying it."

It seems that the night in the Artifact channel will be very hot today.