To some degree, Sasha Grey still lives in the aftermath of her explosive adult movie career. It both helped her become popular in other fields and put a mark on the woman — no matter what Sasha does, she might always be a porn-star first and anything else second.

This is an extract from The New York Times ' article about the movie:

— Ms. Grey, whose career in pornography has been distinguished both by the extremity of what she is willing to do and an unusual degree of intellectual seriousness about doing it, is not so much acting here as posing a series of philosophical problems, testing the conceptual and experiential boundaries between degradation and empowerment, predator and prey, person and commodity. 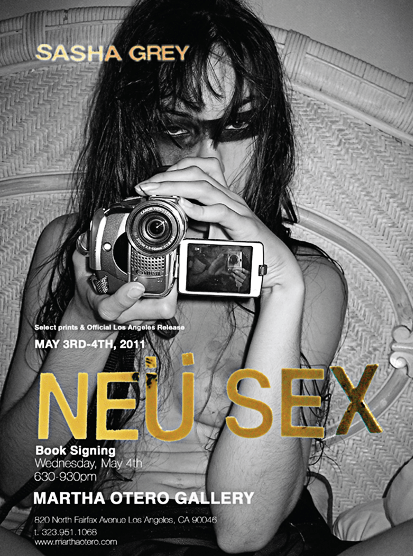 Sasha’s comments on the book series via XBIZ:

Sasha took part in the production of "The Falcon and The Pod" album as a member of aTelecine band. The album launched in August of 2011 and wasn’t very successful.

Let’s be honest, a lot of this is celebrity-driven.

Over the years Sasha collaborated in many Music projects.

Her Soundcloud page gets regular updates with tracks mixes (you can find the link below).

Sasha Grey started actively streaming in May, and her first game was Resident Evil 2. Those streams didn’t have perfect sound and overlay - the cam stood in an odd potion and covered most of the player character.

The production quality improved when Sasha moved to League of Legends. She did some work on her overlay and fixed the sound. The first LoL stream bordered on cuteness and awkwardness — Sasha literally consulted with paper-notes, played through the tutorial and got the chat to tell her how to spend experience points.

Besides LoL and RE 2, Sasha has also been playing Assassin’s Creed: Odyssey and Mortal Kombat 11.

Sasha Grey’s Twitch page and stream overlay don’t mention any sponsors, and all the links lead to her own social media and other resources.

According to SullyGnome, most resent Sasha’s streams of Mortal Kombat 11 had 1,743 average viewers, and she peaked at over 6k after a hosted by a Russian streamer.

All of Sasha Grey Streams are casual. During the Assassin’s Creed: Odyssey playthrough, she would occasionally pick an item that looked better opposed to the more effective one. She interacts with the chat and accepts help when faced with something she doesn’t understand by herself.

Where you can find Sasha Grey