Apex Legends began to form an esports arena, along with hype from the gaming audience after the project release. Just a week after the start of the Battle Royale from Respawn Entertainment and Electronic Arts, several large esports organisations presented their own squads for the discipline, while others continue to announce them until now. One of the first was the American NRG eSports, which already has teams in CS:GO, Fortnite, Overwatch, Hearthstone and other games.

The first tournaments were Twitch Rivals and Code Red. The NRG eSports’ representatives were more successful than their opponents in each match. At that time, the top three included KingRichard, dizzy and Ninja as a guest. Later, Tyler was replaced by a new player with the nickname Ace.

Coby "dizzy" Meadows was able to achieve the most significant popularity (both among professionals and the audience) from the current Apex Legends NRG eSports roster. We have tried to figure out what was the reason for this.

Dizzy is a classic anonymous in a sense. You can’t google any worth information about him and find many details in the official sources. It became known from the few interviews that Coby is only 18 years old now, and the track record of achievements in esports previously limited only to the long CS:GO passion and restrained interest in Fortnite. No professional level achievements.

After the Apex Legends release, dizzy spent 21 hours in a row in it, simultaneously steaming the game on Twitch and he was impressed in the end. After some time, he contacted KingRichard on Twitter, showed him his statistics and got a chance to try his hand at the pro scene. 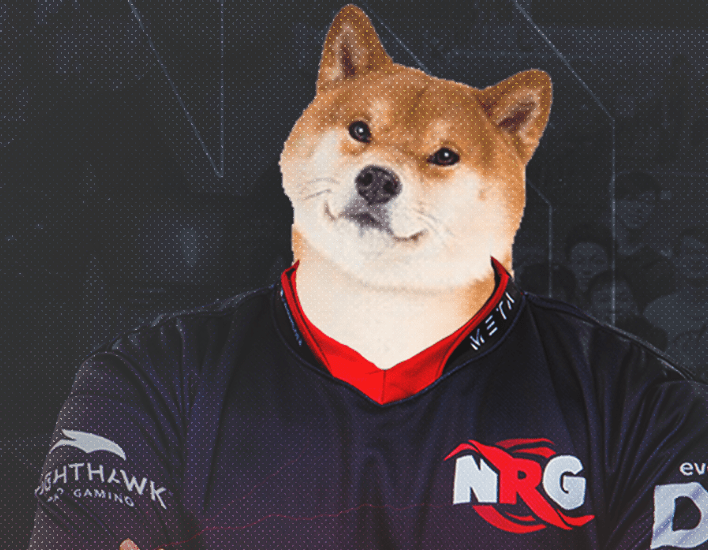 Dizzy set the first significant world record of 33 frags: he wiped out eleven rival teams alone, which is 55% of the total number of participants in the match. A little later, this achievement was surpassed by the owner of the Mendokusaii Youtube channel, having committed 36 kills.

Ninja is still the most famous person on Twitch and in esports nowadays, so it’s not surprising that the joint matches with the NRG eSports team brought a decent base of fans to the team. And the fans remained to follow the players’ progress further. Now dizzy streams are gaining from 10,000 live views, and the number of followers has crossed the mark of 600,000.

Dizzy played in Apex Legends initially in the aggressive style, which can be a destructive behaviour strategy in other representatives of the genre. The experience in CS:GO had a positive effect on teamwork and reaction speed, and a significant amount of time spent in the game since the release allows him to understand meta changes, updates and innovations faster than competitors.

Where to find dizzy