The first day of StarLadder ImbaTV Minor came to an end, and we learned the name of the first playoffs participants: The Alliance, who defeated Winstrike Team and EHOME with the same 2:1 score. 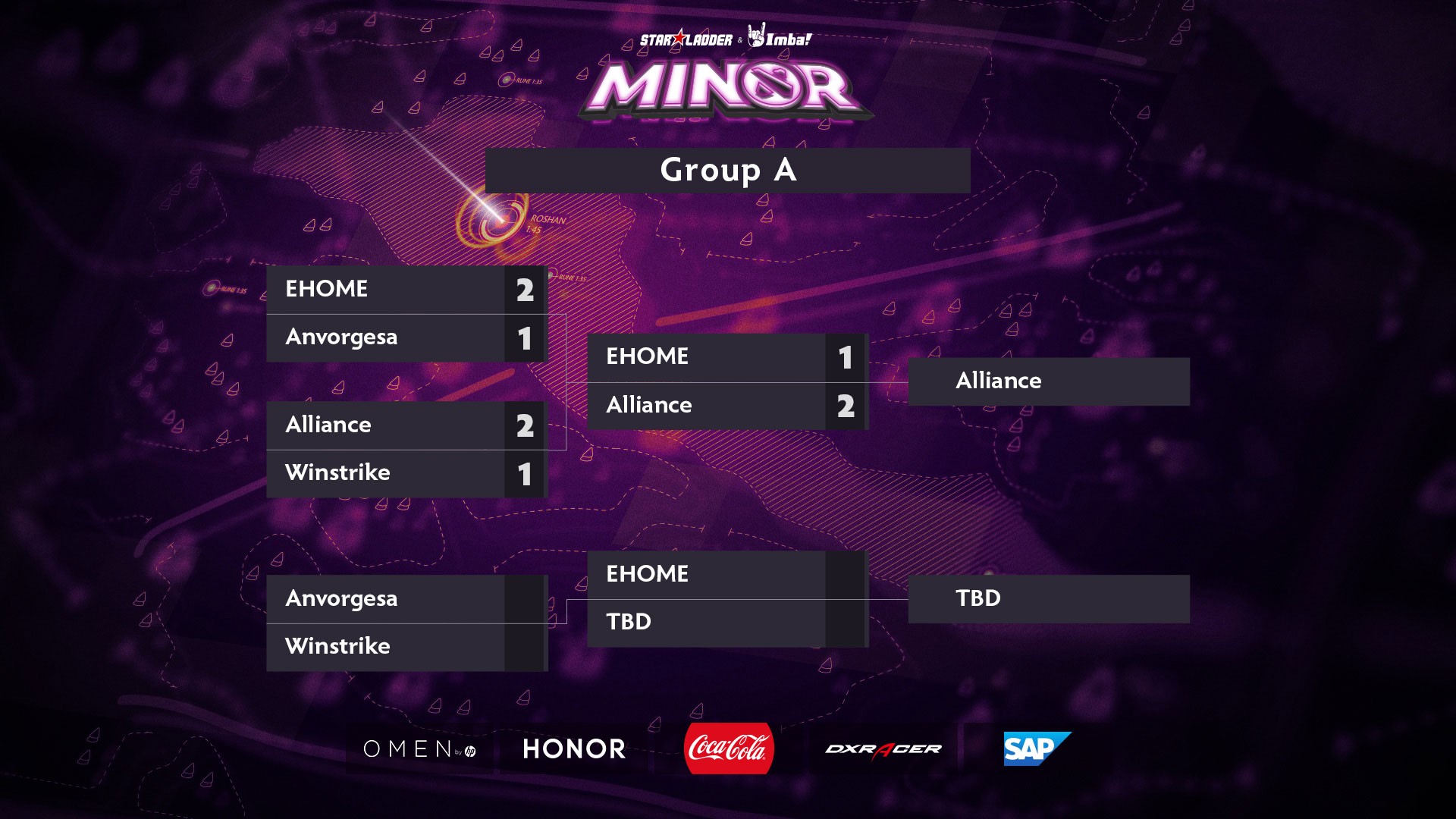 All our predictions came true: the Alliance — Winstrike Team was the most intense match. The third map was the most entertaining of the first gaming day. The opponents fought hard for over 60 minutes, taking the initiative in turns. Both teams had chances to win, but the Swedish split-push school should not be forgotten: while the “rockets” attacked the enemy base, qojqva and miCKe quietly destroyed the throne of the CIS representatives.

EHOME started the day a bit shaky, giving up the first map to Team Anvorgesa, but after that they put themselves together and created an easy “2 per 23”. The Chinese had a much harder time fighting The Alliance: having won the second map at the peak stage, in the other two xiao8 and his mates picked extremely greedy heroes t play with. The Swedes know how to play against the timer, and the twelfth DPC rating team failed to cope with their aggression.

On Thursday, we will see only one match of Group A, but it will be a knockout: either Anvorgesa or Winstrike Team will leave the tournament tomorrow. Teams from Group B have yet to fight.  You can see the predictions right here.