StarLadder ImbaTV Dota 2 Minor continues as we are about to enter the second day of the competition. We expect spectacular performances from tomorrow’s teams.

Sirius vs Ninjas in Pyjamas 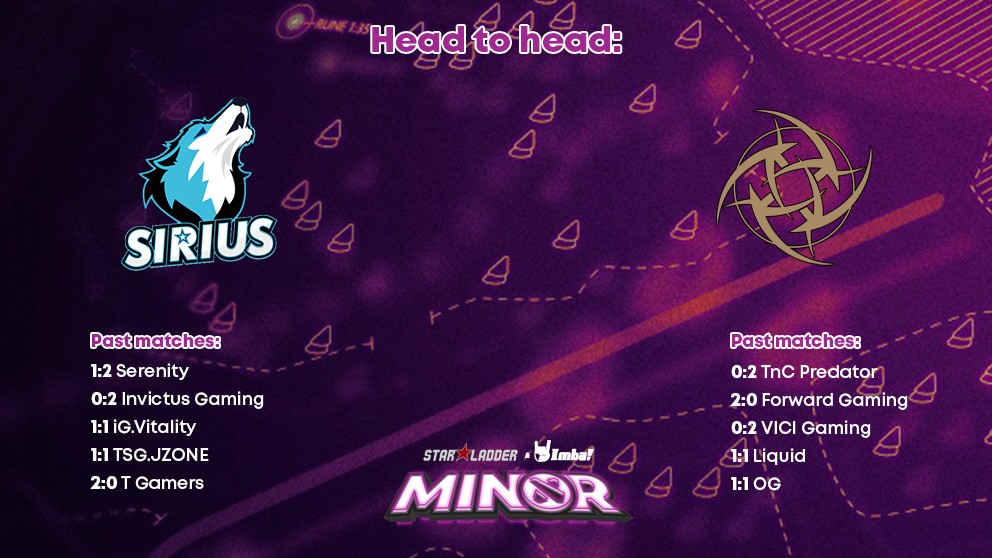 Sirius is definitely not the strongest team in China, but they managed to qualify for the Minor thanks to the increased competition and unstable line-ups of the opponents. They’ve already succeeded by reaching such a prestige tournament, but they are going to have some hard times further. There’s often bad communication in the team, which leads to rash decisions. Another weak point of Sirius is the recent replacement of Inflame for Injuly, which can negatively affect the upcoming match.

Ninjas in Pyjamas hasn’t been confident enough recently. They can perform rather well at the Minors and tournaments of a similar level, but at the Majors, the team often struggles. Despite that, NiP is still a top-notch crew capable of playing at the next Major.

The meet-up between two teams sensibly favours Ninjas. They are stronger by every means possible. Undoubtedly, Sirius has strong players, but team play is significantly lower, especially with the recent reshuffle. The Chinese team can be somewhat annoying during the game and even win a map, but that’s pretty much everything we can expect. 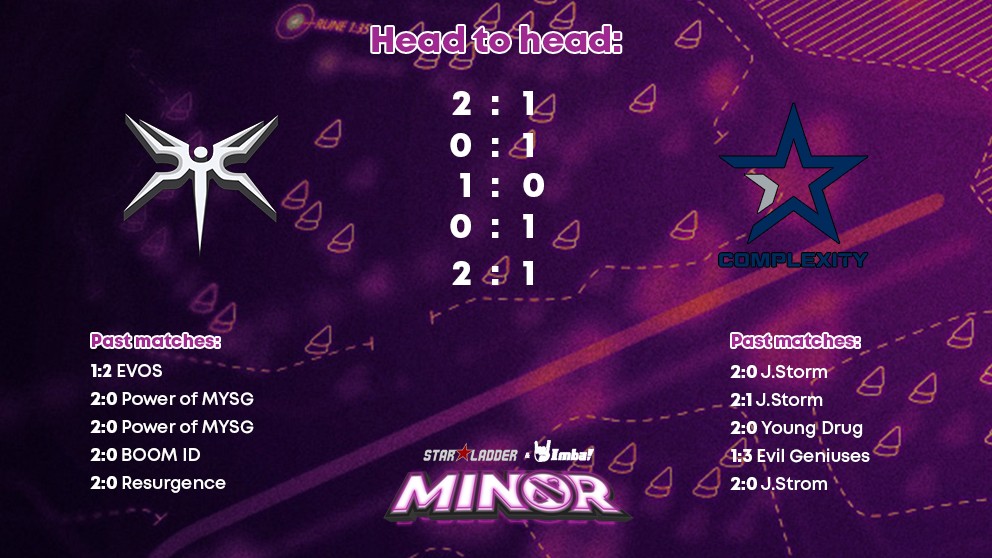 Mineski had a few troubles with acquiring visas to visit Kiev, which resulted in them arriving just a day before their first game. While adapting to the new time zone, they can face some difficulties. Moreover, the team can’t perform outstanding results despite having a strong line-up. The most notable issue is with the macro – and with not so effective decisions in the most crucial moments.

After taking a long break in DPC tournaments, compLexity was able to get back to them, but it’s rather obvious that the team struggles a lot. A mix of players from four different regions doesn’t show a stable play often. They do make great picks – but they fall the victims of ill performance.

Mineski should be stronger than coL for now, although they might feel tired after arriving too late to have enough rest. This circumstance can affect their plays and lower the chances to win.

Anvorgesa was able to surprise their first opponents with Meepo during the debut game at StarLadder Minor, which – along with mistakes by EHOME – helped them win the first map. The next two maps were performed awfully, and that was obvious from the very laning stage – both two next maps ended in the favour of EHOME in less than 25 minutes. The level of plays is incommensurable.

Winstrike, on the other hand, proved strong playing against a tough opponent – and the team managed to win the last map over Alliance. Great individual skill and thoughtful macro serve as a lifebuoy for the crew. The team might even advance to the Major if the players will pick with greater caution and will execute the laning stage better.

This particular meet-up should be intriguing and exciting. Anvorgesa can surprise with unexpected picks while Winstrike can act boldly enough. Both teams have their strong features, but someone has to leave the tournament – and most likely, it’s going to be Anvorgesa.