StarLadder ImbaTV Dota 2 Minor starts tomorrow, and we’ve decided to share our predictions regarding the upcoming matches. If you are interested in the detailed schedule, you can find all the necessary information via this link. 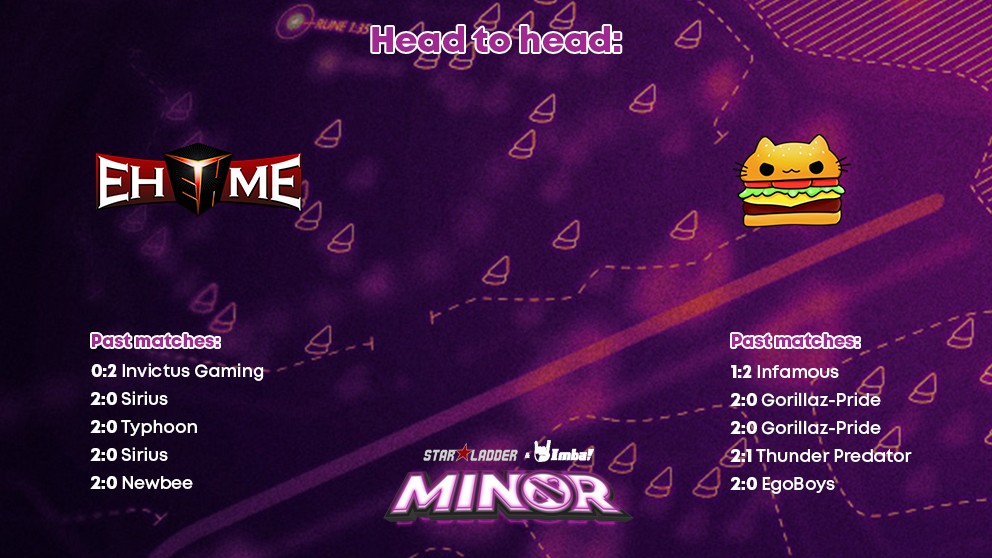 EHOME is currently a fairly strong Chinese team, which you don’t see often as the local crews are famous for their instability. EHOME has been occupying high places in the region since the beginning of the year, but there’s one major issue with the team. They are generally weak at the early stages, and unsuccessful laning can usually cost them a game against a tougher opponent. Regarding teams of a similar level, EHOME deals with them easily in mid-game.

Anvorgesa consists of young and passionate Peruvian and Bolivian players, and almost no one expected them to get that far. They are dealing with early stages of the game rather well performing balanced drafts, and this is the crucial point, which is likely to affect the results of the upcoming match. However, despite the rather okay results in the region, it might not be enough to perform on a global level. The recent loss to Infamous has clearly shown the shortage of experience.

EHOME is the obvious favourite of this pair as the team has a lot more experienced players who are currently in a great state thanks to the high competition in China. The world-famous trainer xiao8 is another reason to be confident in the team. We believe that they should win. 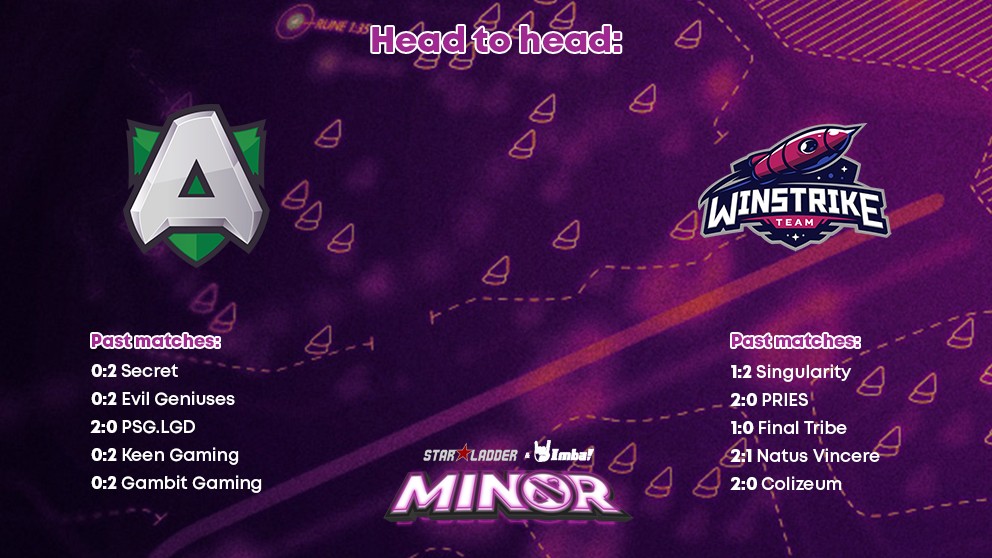 Alliance has been showing outstanding progress since autumn 2018, although they couldn’t succeed before that. The team has reached new heights with the arrival of Qojqva who was able to reanimate once legendary crew. The result of the upcoming match mostly relies on his skills. What makes the team even more dangerous for the opponents is the often-fantastic individual performance with specific heroes.

Winstrike was able to win the tight fight against Natus Vincere to deserve the place at the LAN part of the Minor, and the absence of Virtus.Pro and Gambit helped a lot. After that, the team hasn’t played enough matches to judge their current level, although we highly doubt in Winstrike’s ability to advance further at the Minor after they’ve lost to Singularity.

Alliance has a better-managed team right now, although both crews have a somewhat similar experience. However, the team play is crucial, and Winstrike looks significantly less favourable in regards to that.

The most obvious standoff would be the match-up between EHOME and Alliance. Both teams have been successful enough on the global arena for quite some time – unlike the other two crews involved. If we are right with our predictions regarding the participants, then Alliance has better chances to win over the opponent.