The company SEGA announced its intention to enter the market of mini-consoles in 2018, apparently inspired by sales and audience reviews of similar solutions from Nintendo and PlayStation. At the Japanese event for fans - SEGA Fes 2019, they announced the release date of the SEGA Mega Drive Mini, the price and content (at least in Japan).

The Mega Drive Mini was announced last year exclusively for Japan. Then AtGames, which produced a similar device in the USA - SEGA Genesis Flashback HD, was supposed to be engaged in console production. But the responses from Flashback HD turned out to be mediocre, so SEGA refused AtGames services to improve the quality of the Mega Drive Mini, and at the same time decided to send the console outside of Japan. 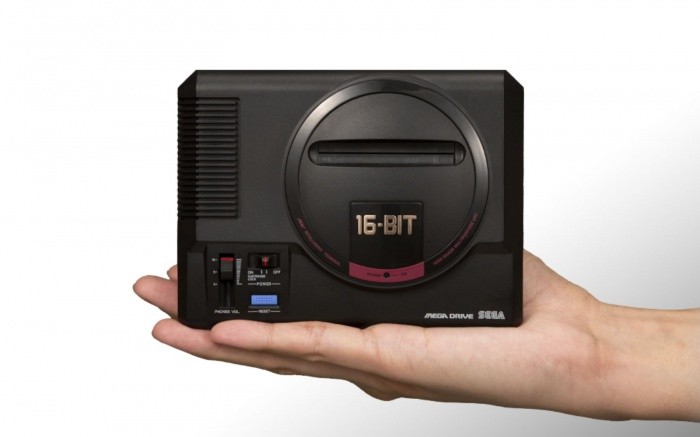 The Mega Drive Mini includes 40 games: Sonic the Hedgehog 2, Comix Zone, Gunstar Heroes, Castlevania Bloodlines, Shining Force, Powerball, Rent-a-Hero, Space Harrier II, Madou Monogatari Ichi, etc. Some of them were released only in Japan, so, most likely, the collection will be different in the US and Europe.

Studio M2 creates the Mega Drive Mini software stuffing. They are engaged in SEGA Ages series for Nintendo Switch, which includes games from Mega Drive. The Mega Drive Mini will also include regional versions of the same game. For example, Castlevania: Bloodlines can be run in American, European and Japanese assembly. 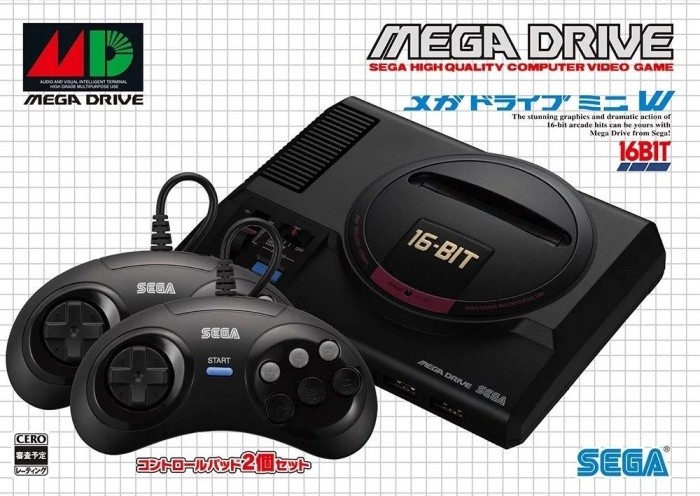 You will be allowed to save data at any moment in the games on the Mega Drive Mini. Music for the main menu of the device was written by Yuzo Koshiro, Streets of Rage game composer. The controller is designed to transmit the sensations from the original as closely as possible. It has six buttons, the same shape and size. It also added the ability to save the progress of the passage.

In the western Mega Drive Mini version will be over 40 games, including: