Well, true to be said, the biggest part of CIS gaming community honourably prefer PCs to consoles. 'PC gods' had a bunch of benefits in their hands until lately, not really available for the console users: internet, all sorts of media, possibility to type, and even, sweet Jesus, cybersports. Yes, and the financial issue made itself felt: it's not so easy to buy expensive console games in regions, where pirate torrents received a sane competitor only with the arrival of Steam (and its discount promotions), buying games was an arrogant lot of the game elite.

And of course, nowadays Playstation and XBOX owners can satisfy all their multimedia whims, flaunt with Fortnite, PUBG and Overwatch, and don't forget about the abundance of exclusives making you feel dizzy. The culture of console gaming is growing in front of our eyes (thanks to the holy trinity of the late 'Hell's Kitchen'), and comments about the new-fangled RDR2 are all over the place. That's just that Console Renaissance does not negate the fact that our average player missed a bunch of cult titles (and know that Kojima is a genius, for example, only from the opinion leaders and videos on YouTube).

Anticipating your capacious comment in favour of one of the sides of the confrontation, we hasten to explain — we are not here because of (and not for) the eternal conflict between the Tramecksan and Slamecksan.

At the annual Tokyo Games Show, the notorious Sega presented the Sega Genesis Classics package — a port for the Nintendo Switch hybrid console with the hits of the Sega Mega Drive. There are a little more than fifty games in a bundle, main titles are: Golden Ax, Phantasy Star, Sonic the Hedgehog, Streets of Rage, Kid Chameleon and ToeJam & Earl.

Have you recognised anyone besides Sonic? Cultural abyss as it is. Niche filled with WarCraft and Doom II.

Caring developers offer to fill the gap in gamedev history with the help of their extensive collection. Playing with harsh pixels is now possible with all the "user-friendly" industry discoveries — network multiplayer, achievement system, saving features and original cooperative mode implemented by means of Joy-Con controllers that come with Nintendo Switch.

And let the opponents and the design in games themselves remain unchanged (and thanks God!), modern services are always ready to pity the player and wipe his spoiled nose with a handkerchief. So — no broken gamepads. Say no to jumping over suburbs in Battletoads! 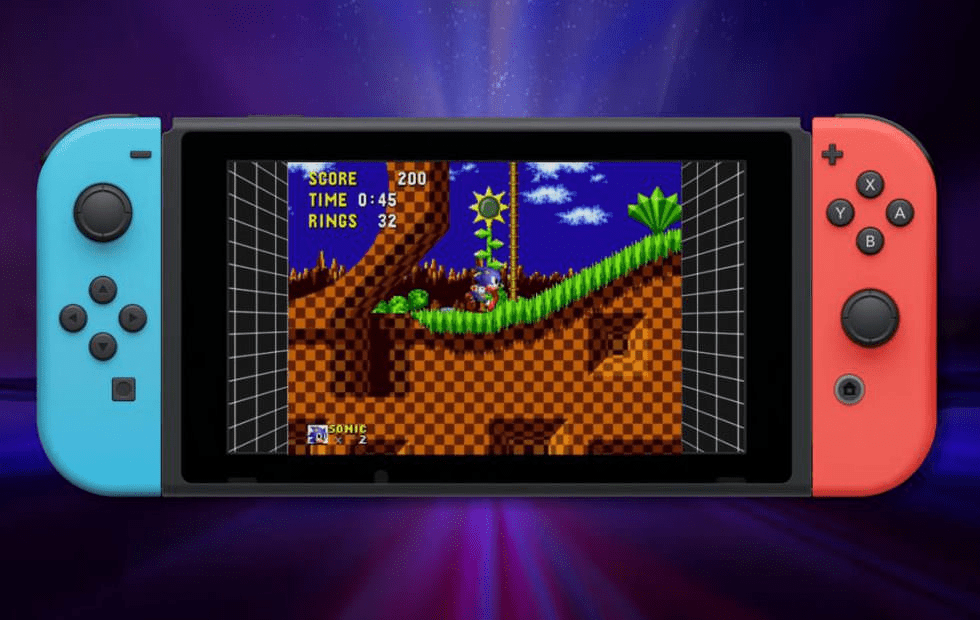 PlayStation 4 and Xbox One versions are available for purchase since May. Steam again outperformed its competitors - the Sega almanack has been decorated with a virtual counter since the early 2010s. During this time, a solid community has formed there, leaving about 1200 reviews with a median of 'mostly positive'. Excellent result for projects with a release date lurking around the 92'. 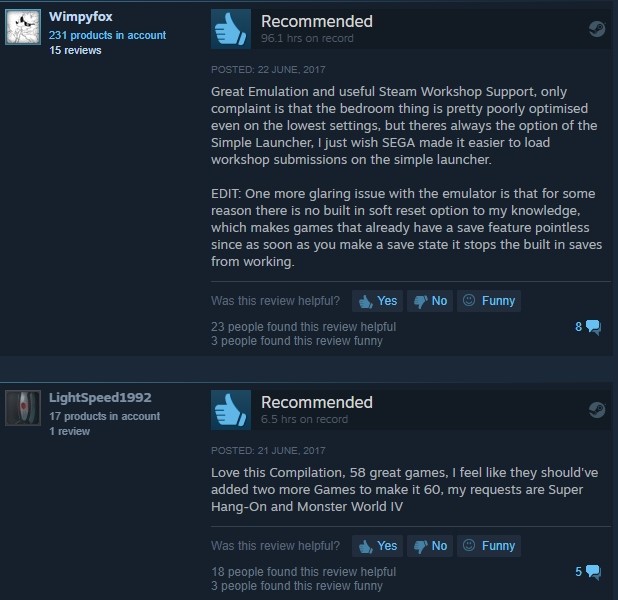 The price for the multimedia games encyclopedia of the early and middle nineties marks around $30 — less than a dollar per grocery unit. A ticket to your alternative childhood with maximum availability (which, it turns out, does not relate to any cities or odd kids in the neighbourhood, but to a very specific Nintendo Switch).

And let's not be cunning, realizing that the blue hedgehog from the old schoolbag is waiting for you again is freaking awesome!