Even if you are greatly acquainted with the original game from PlayStation 1, the upgraded version of Resident Evil 2 may cause some difficulties at the initial stage. The fact is that despite the carefully remade locations and the common beloved story in front of us — this is a completely new game with different mechanics, more likely reminiscent of the later parts of the series. You can read below how to understand local intricacies and easily reach the final credits.

Learn to understand the map

The game takes place at the police station, where the art gallery had previously functioned. There are many closed doors, shutters and mysterious mechanisms. Backtracking may seem tedious and not the most obvious at the start. The key to success is understanding the geography of the location.

You can access the map through the menu — there are several possibilities to accelerate the movement. If the area is marked red, it means that there is an object or an item to interact with. When you begin to understand that you have lost your way, search all such zones. Probably one of them will be important for the further plot advancement. In addition, the game marks all the doors that your character tried to open and left a mark of a key that is able to unlock them. 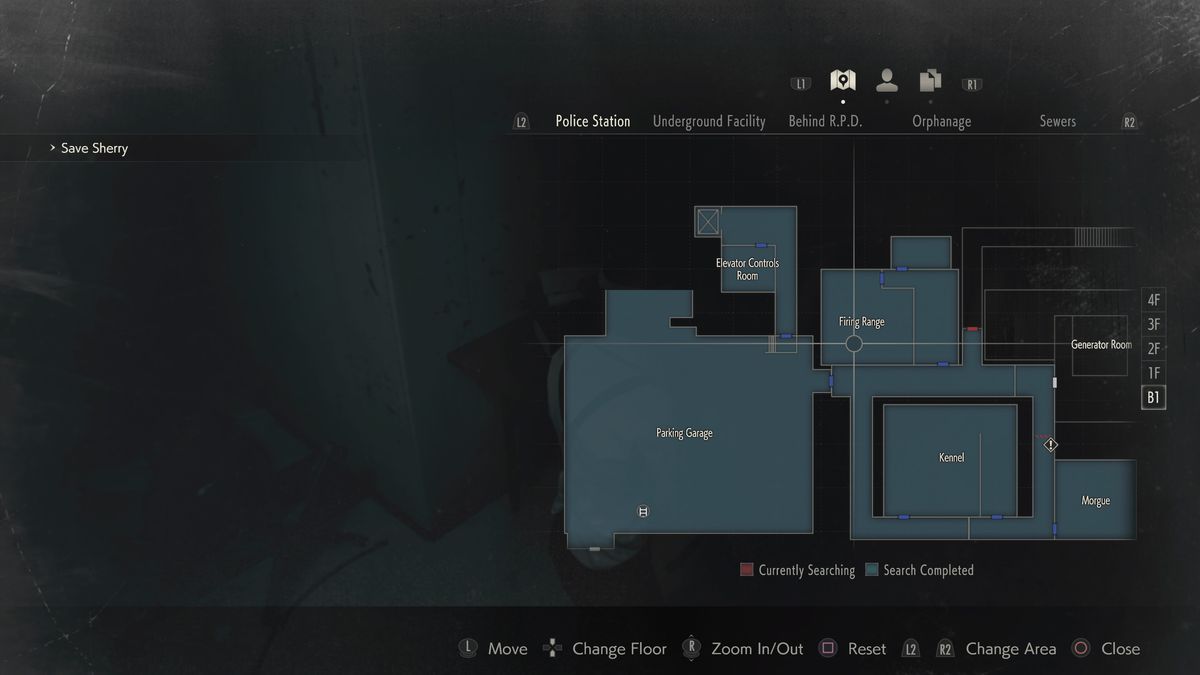 Use your inventory rationally

You can have a very limited number of things in your bag, so you should always try to predict what surrounding objects might be useful in the near future. If any type of weapons runs out of ammunition — leave it in the storage chamber to return to it later. Same  with healing items — if there is no urgent need for them right now, it's better to leave them just in stock.

Remake's important feature is the automatic key notification system — if a key has already fulfilled its function, you can safely get rid of it. Do not forget about it. 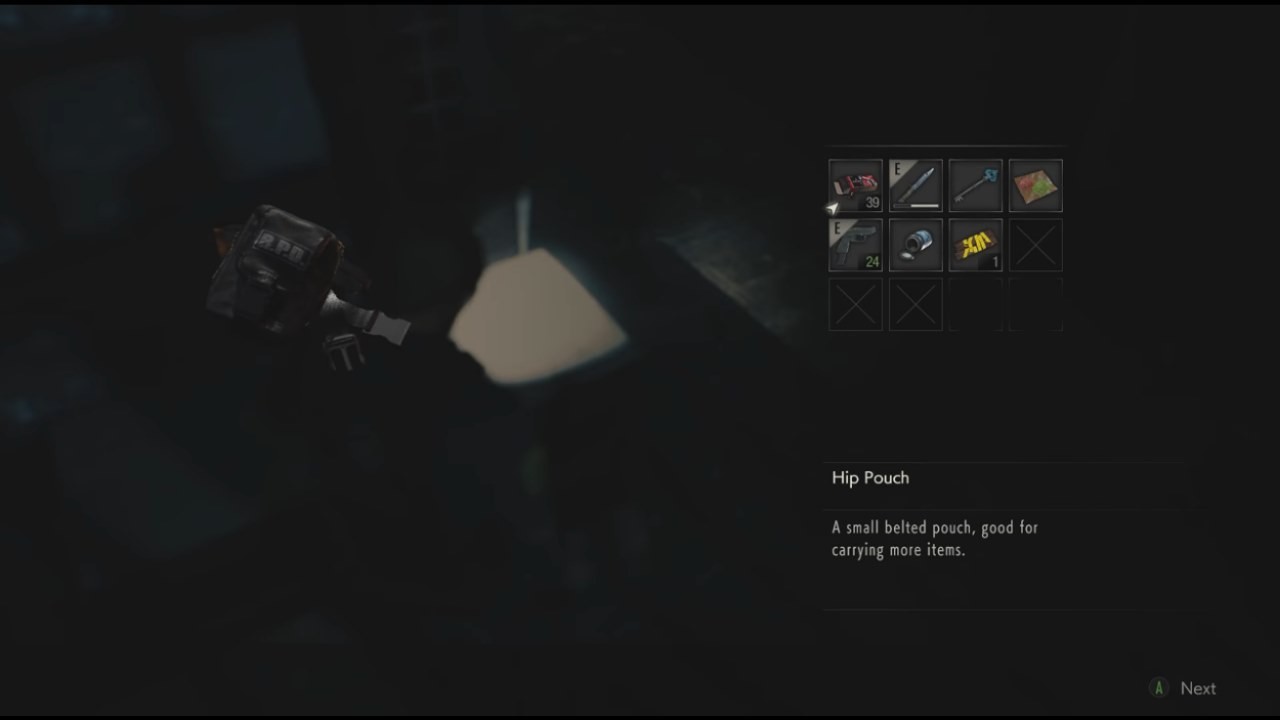 The game will make it clear that the wooden boards scattered around the floor are extremely useful almost from the very beginning. They often seem to be not the most profitable contender for the inventory slot because they can't be applied instantly. However, later boards will help avoid many problems.

The best places to use them are the window near the Dark Room and absolutely all holes in the West Corridor. 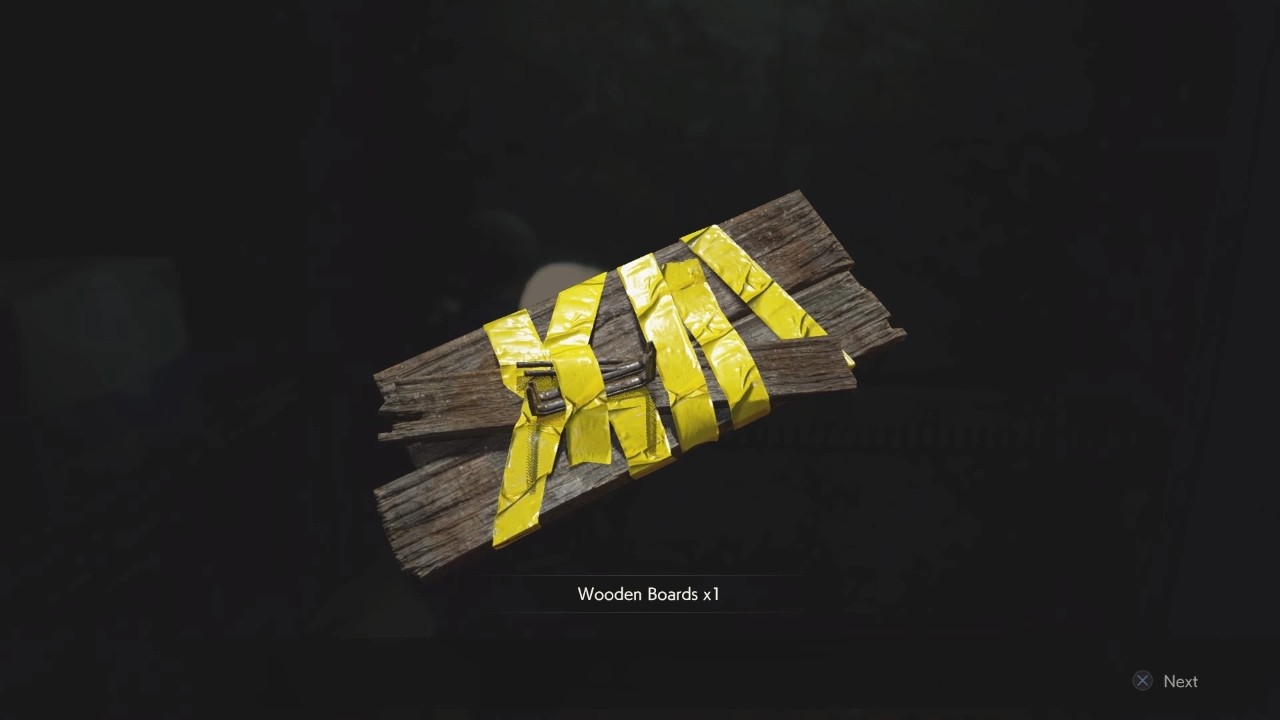 It may be counterproductive, but it is often better to avoid colliding with opponents. The thing is that local zombies sometimes (mostly) can take a whole ammo clip shot between the eyes and withstand it — and ammunition is almost always lacking. If enemies prevent you from progressing further — the choice is obvious. But you definitely should not clean the entire area around the police station. 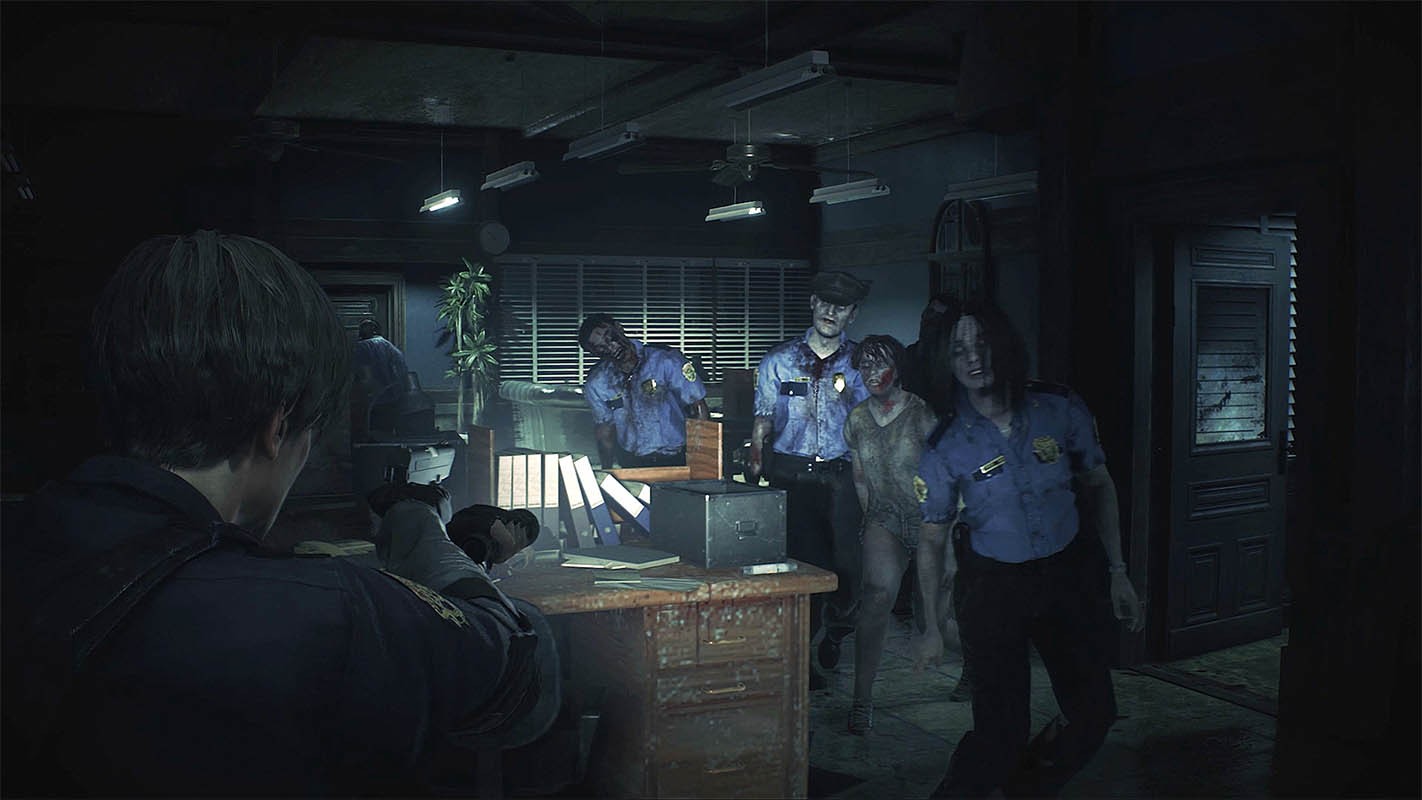 He is almost immortal. Remember Alien: Isolation? Just like the Alien, Tyrant preys on each of the main characters throughout most of the story. Trying to kill our lone unfriendly leather-coated pal is absolutely useless. Of course, he slows down a bit when taking damage, but it's much easier and more profitable to just run away from a direct collision, hiding in one of the safe rooms.

Shots and noise also attract Mr. X. If you play as Claire — it's better to use SMG with a silencer so as not to disturb him. 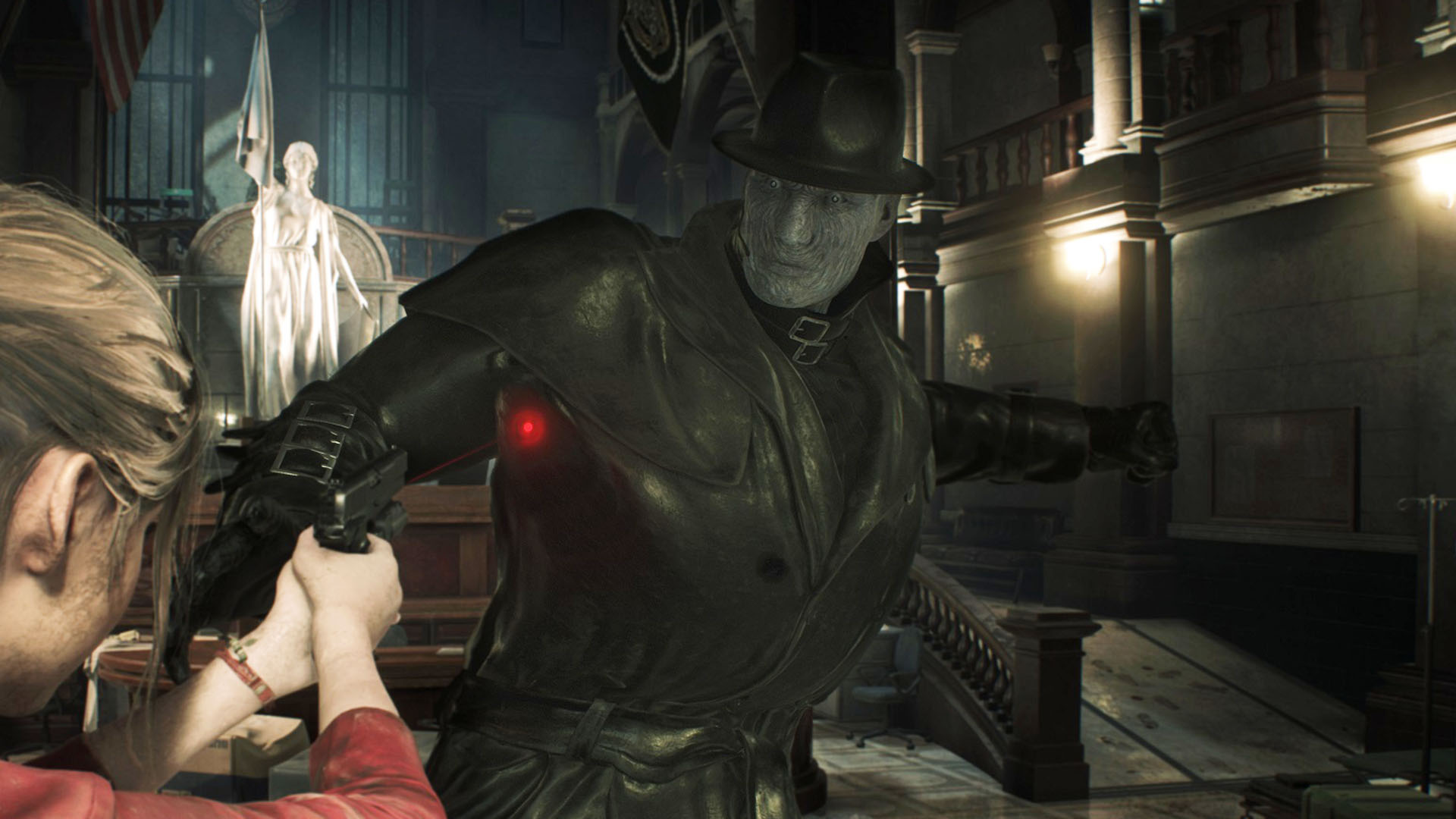 Do not use the plants one by one

Try to use plants wisely. It is best to combine different types to increase the amount of restored health and additional effects. Green ones fill HP, Blues help deny poisoning, and Reds can't be used separately as it enhances other bonuses. The complete list of possible combinations: 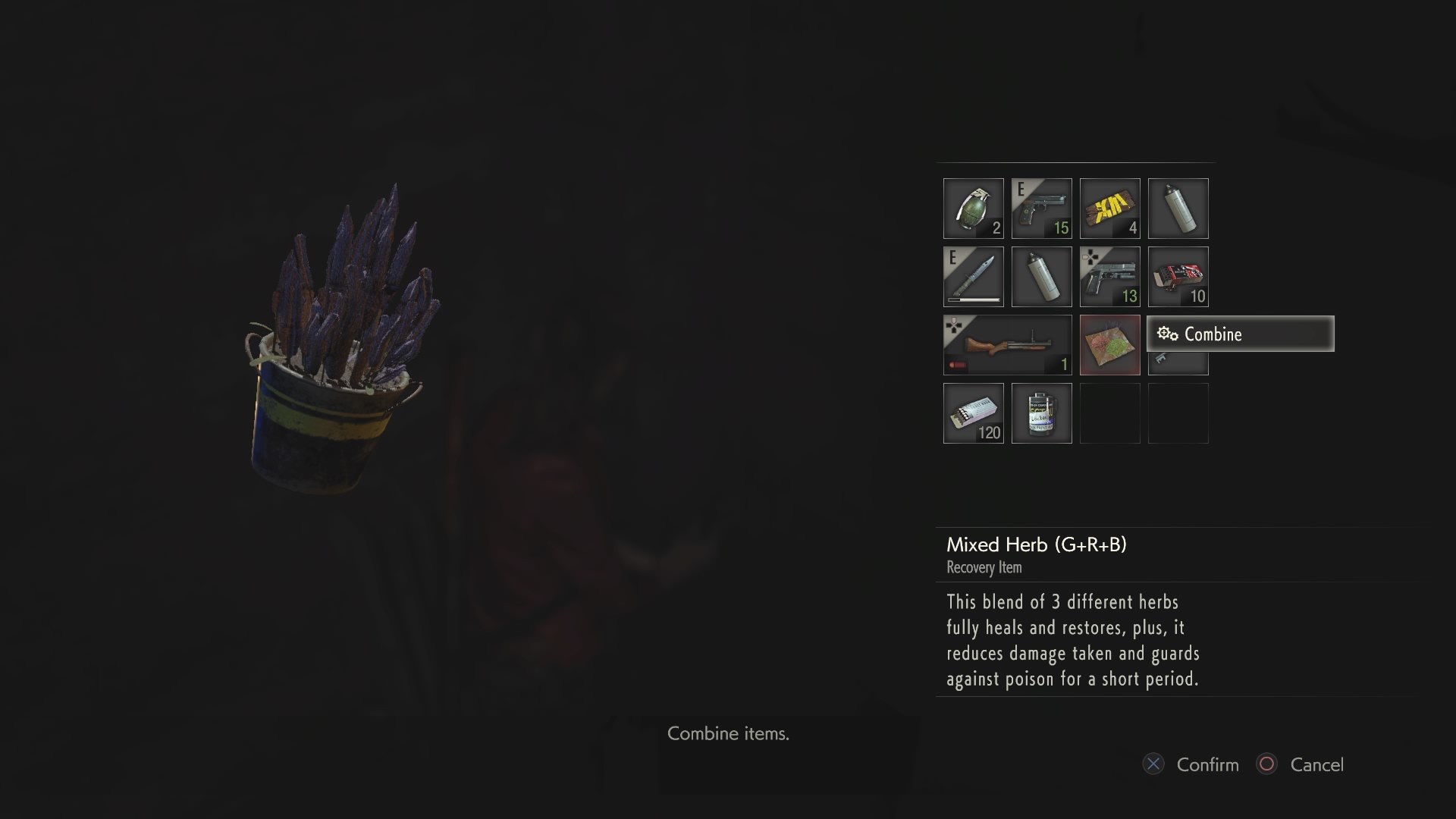