Last night Paris faced one of the saddest tragedies in art history. Notre Dame de Paris Cathedral, caught on fire and, enveloped in a terrible flame, was suffering for twelve hours straight. It didn't burn to the ground, the base and the first floor were preserved, but the roof and the beautiful spire will never please the citizens and guests of France with their views. 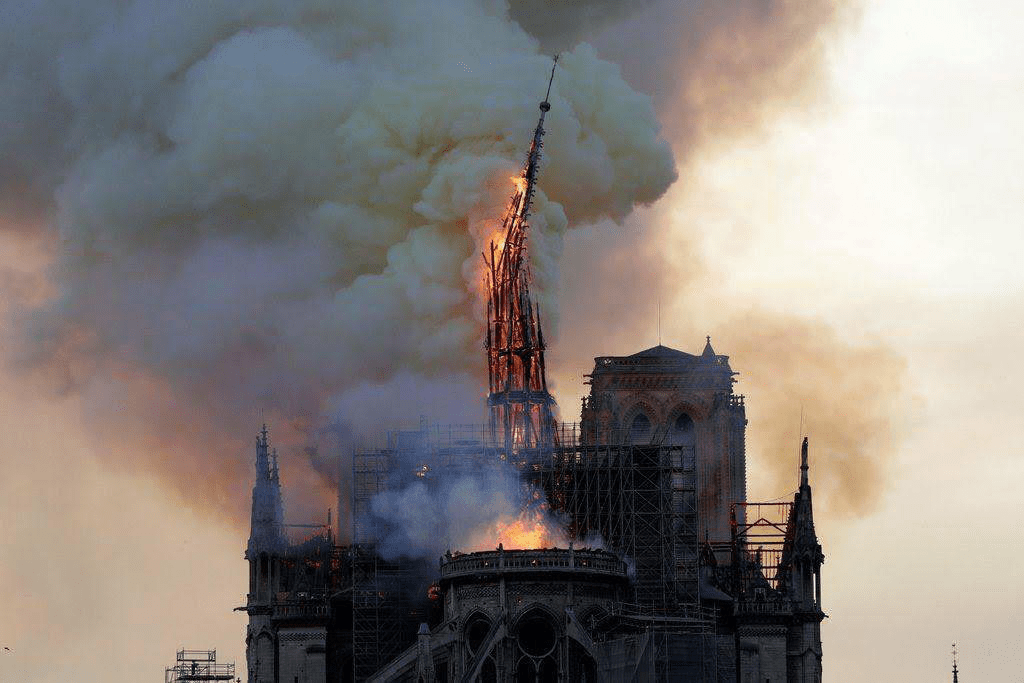 Most likely, the fire started due to the electricity short circuit during the reconstruction (only two policemen and a firefighter were injured), and now the wealthiest people in the world and the government of the country have announced about 300 million euros has been already invested in the reconstruction.

And now an exceptional fact has been revealed, thanks to which the reconstruction will become possible and easier, as it was previously stated that all the plans and blueprints of the cathedral were lost. Think about it, 1163 was the year when people started building it.

Professor Andrew Tallon, an American art historian, an innovative scholar of French Gothic art and architecture, in 2013 published a paper in which he made a plan and an analysis of the Cathedral's building thanks to a laser scanning technology. Unfortunately, he died in 2018 and will no longer be able to see how the work of his life can help to restore a practically lost building.

And Caroline Miousse from Ubisoft spent several years of her life rebuilding the cathedral in Assassin's Creed Unity. In the game, the Notre Dame is an almost perfect, photographic copy of the building. The exceptions are the organ and mosaic stained glass windows of Notre Dame de Paris, which are copyrighted and therefore not identical in the game. Well, the creators of the game themselves said that in some places they were playing with architecture in order to make it a gameplay-friendly. However, such work can help significantly when recreating a lost object.

Imagine how wonderful it is?