Blizzard had announced the new Hearthstone add-on called Rise of Shadows. It will include 135 fresh cards, updated mechanics, as well as a new single-player mode.

According to the trailer, the Arch-villian Rafaam gathers a team of supervillains, including characters from previous expansions — the mysterious Fortune Teller, Doctor Boom, King Togwaggle and Hagatha the Witch. Together they make evil plans to rule the Dalaran (and also sing their music). How? Guess we'll figure it out through the 'story mode'.

Sp, alongside the trailer, we've had a list of new cards revealed. Let's take a closer look. 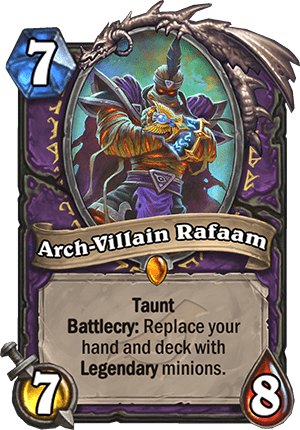 Seems familiar, doesn't it? This is the Golden Monkey we were looking for with the help of Elise Starseeker in the League of Explorers adventure! This Battlecry mechanics have migrated to the Warlock's legendary card, which has quite good characteristics and can also be used in various assemblies of Control Warlock. 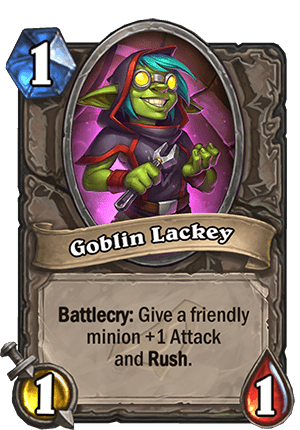 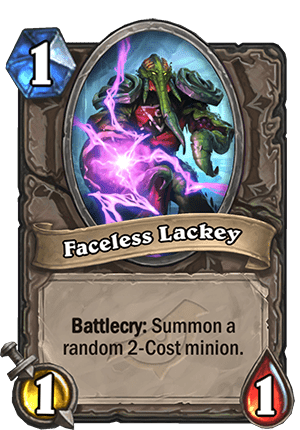 All these lakeys are 1 mana-creatures and have insanely powerful effects. These are definitely the first nerf contenders immediately after the release of the expansion. Old spell enhancement mechanics that allow patient players to get the best from their cards. It seems that the "blizzards" want the set the control-meta very much — the slow and stingy one. However, the spell is very powerful, and can be used in many future and even current Shaman archetypes. 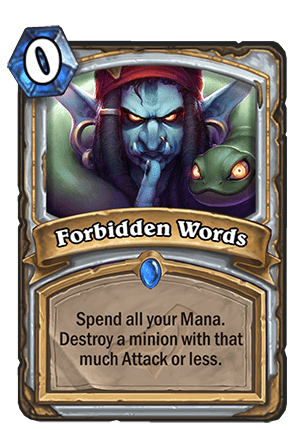 Another familiar mechanic in a new wrapper, but this time not seemingly strong. Another removal in Priest's arsenal, but does he need it when there is the Shadow Word: Death? A new keyword that is similar to the Echo mechanics. The Twinspell will allow you to use a powerful card to turn the tables — put a copy of this spell to yor hand and use it at any time. Another legendary card, neutral this time. Chef Nomi will be used in decks that play to the last — heavy Control Warriors, Warlocks, perhaps Priests. Another neutral card shown by Blizzard. This creature has powerful characteristics for its value, and its battle cry will help buy some time so that the enemy does not spam you with fireballs.

The release of the new expansion will mark the departure of three add-ons to rating games' Free Format — say goodbye to Journey to Un'Goro, Knights of the Frozen Throne and Kobold and the Catacombs, as well as to some cards which will go to the Hall of Fame. We've made the review on the situation over here.

With the release of Rise of Shadows, the Arena will have a regular rotation of cards of current and past expansions. While playing the Arena, you can use the cards from the following sets:

The developers offer us to pre-purchase two variations. The first one has the standard 50 packs, a legendary card and the Jewel of Lazul card back. This one has $49.99 pricetag.

The second one has 80 packs (and costs 80 bucks)! And a card back, and a golden legendary card, and the Madame Lazul Priest Hero.

Hearthstone's new expansion Rise of Shadows comes out April, 9! See you at the tavern!