Mortal Kombat 11 doesn't have lots of new fatalities, but it introduces Mercy mechanics. At the end of the battle, when the enemy has almost no HP left, instead of finishing, you can take a special action to give him some health and extend the battle. This is called Mercy.

In a battle against an exciting opponent, this can be a way to extend the battle — or vice versa, to humiliate a weak opponent. Bad Manners, as they are.

Mercy has a practical use too. After completing 10 such actions in any Tower challenges, you will receive the Soul of a One Being. 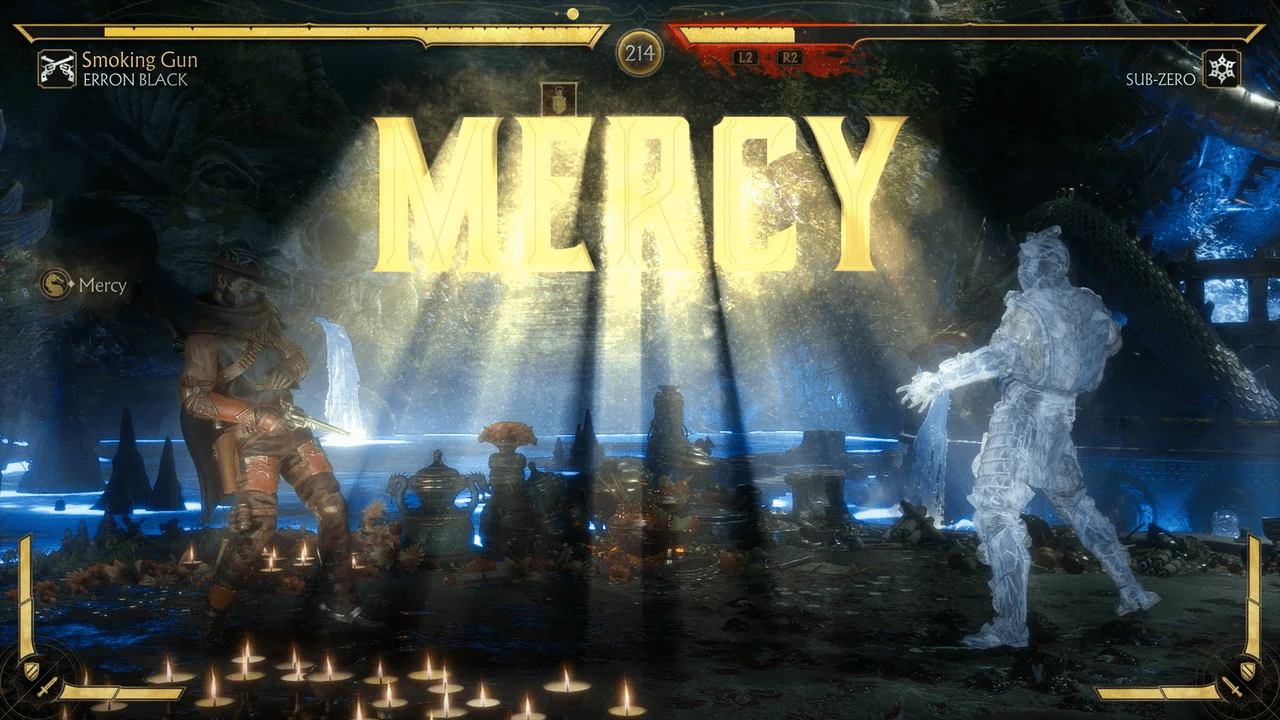 Mercy gives the lowest score of all finishers, but it can be used along with Brutality or Fatality. So you can get two finisher bonuses in one match. So why not if you are confident in your victory.

How to perform a Mercy in Mortal Kombat 11

Get 4-5 steps close to your enemy.

If you do everything correctly, the inscription MERCY will appear at the top of the screen, and your character will perform a special animation.