Mordhau has four main game modes. Horde Mode is about fighting bots, Frontline is for PvP teamplay, Battle Royale and Deathmatch says it all. Let's get a closer look at them.

Horde Mode in Mordhau is about confronting waves of enemy bots. You can fight alone or in co-op with friends. After one group of enemy bots is destroyed, you will receive gold, and the attack of the next group will soon begin. And so on to infinity.

Horde Mode is made for earning got with ease. Gold in its way is meant to get exchanged for new weapons, armour and cosmetic items, you know, that's how economics work. Gold cannot be purchased for real money, therefore, Horde Mode is the most profitable economically.

In this mode, players are divided into two opposing teams. You need to perform certain tasks: capture block posts, destroy resources, push a cart — all this benefits the team no less than ordinary killings. 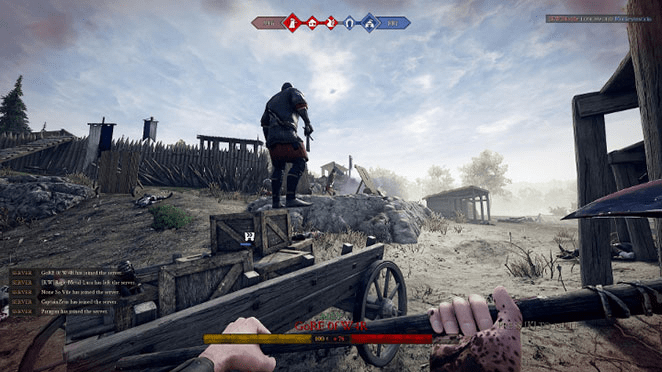 Oh you know how it works. 64 players, all against all, one life. The battle begins in a random place on the map, one don't have equipment and weapons, but you can loot them. The combat zone narrows with time, prompting active actions. The last player remaining on the map wins.

The classic battle with endless revivals and absolute chaos. By default, 64 players can fight on the map, but custom servers allow you to change the rules. Here you can train your combat skills without being distracted by all sorts of trivia such as victory. After death, your character is reborn almost instantly, so you can afford cute jokes like playing the lute. 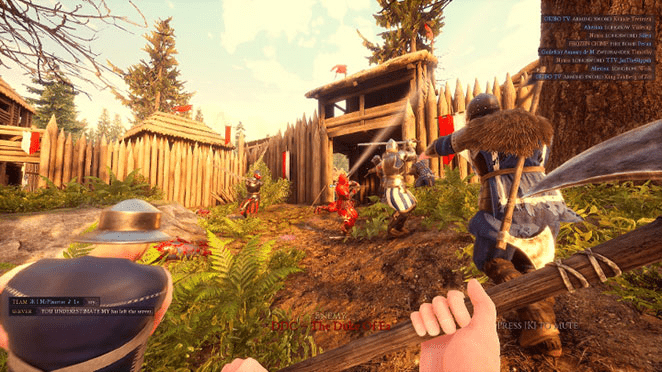