The first half of the MDL Disneyland Major ended in Paris. Teams have finished playing behind closed doors, and the remaining matches will be played at Disney Events Arena.

Yesterday we saw a much tighter battle. Both matches of the top grid were performed in three maps, and yesterday we had the maximum number of games — eight.

Evil Geniuses and Team Liquid opened the game program on Tuesday. "Liquids" are slowly returning the former, and began the battle in a good vibe, winning the first map in a little more than half an hour. However, the American team is very well known for its ability to adapt and return after a lost first game. It happened this time too: two maps more, and it is EG who continues the way in the upper bracket.

In the next round, they will meet with Ninjas in Pyjamas. The OGA Dota PIT Minor 2019 champions were able to beat Vici Gaming in a bitter struggle. Ppd and his comrades were enviably constant: the time NiPs took to destroy VG's throne in the first and third maps differs only by twenty seconds (32:22 and 32:42, respectively). The Chinese team, despite a quick victory in the second game (22 minutes 23 seconds), failed to consolidate their success, and they will have a fun adventure at the lower part of the playoff grid.

Chaos EC, Pain Gaming, Keen Gaming and Fnatic had no time for relaxation. Best of 1 matches can easily get out of control. For example, Misery's team. Chaos Esports Club approached the match with Pain Gaming as favourites, led the game with 7500 gold advantage, but were forced to type "GG".

Keen Gaming did not have to make any comeback. They calmly defended their lines, and old chicken, along with eLeVeN, were able to take advantage of Leshrac and Dark Seer to crush Fnatic. Even Abed's best Invoker couldn't help the representatives of Southeast Asia. 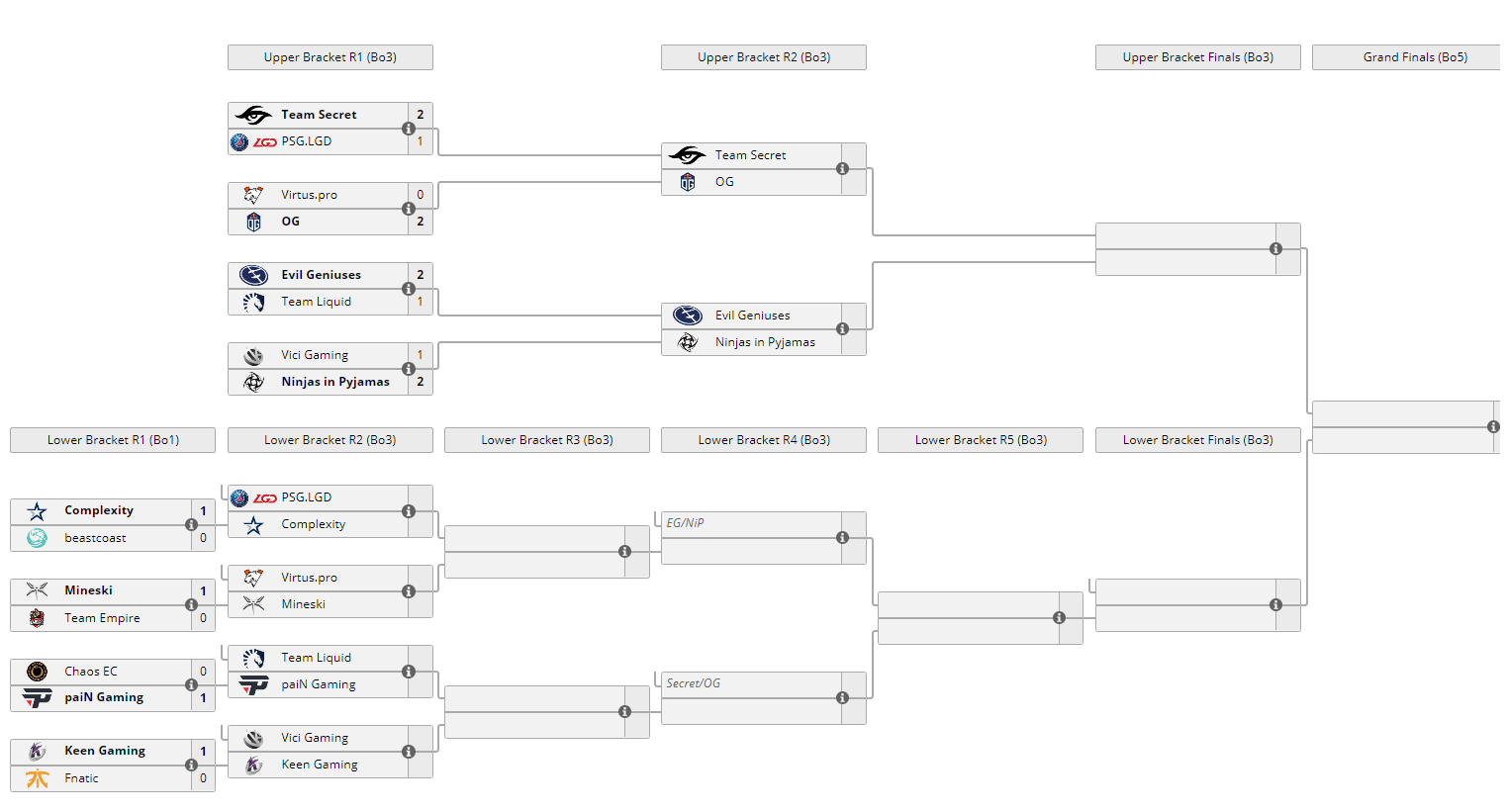 Thus, beastcoast, Team Empire, Chaos Esports Club and Fnatic has already left the tournament. They took 13-16 places. All other teams will continue the fight after a break. On Thursday we will see matches of the second round of the lower bracket.

Schedule for May, 9th: