Engin "MAJ3R" Küpeli announced today on Twitter his plans to create a new team, Turkey5, with his former teammates Ahmet "paz" Karahoca and Engin "ngiN" Kor. MAJ3R left the ex-Space Soldiers squad to play with LDLC in March 2019 but states in his tweet that he regretted missed his old team. 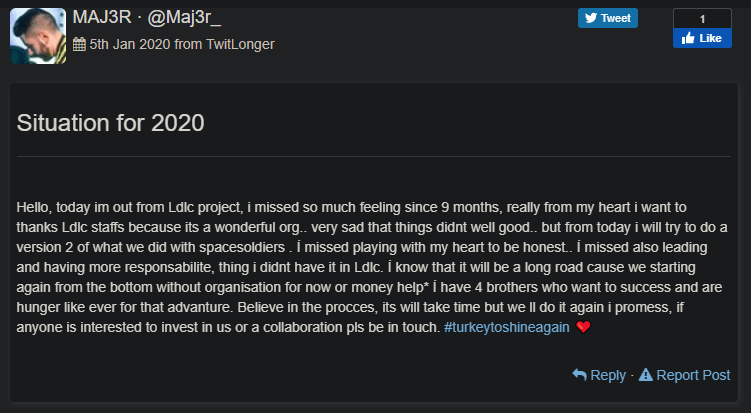 Ekrem "l0gicman" Aydin and Beyazıt "beyAz" Körpe will be the other two players to round out the Turkish squad. All these players have put up good stats in previous showings. Let's see if they can make a combined effort and have some deep runs.