Larian Studios have stealthily put up a new teaser website with what would appear to be the roman numeral for 3. Even the site name in my browser tab shows it more clearly without any stylistic impression. Like any good fan, I instinctively assume it's Divinity: Original Sin 3 that's being teased. I'm sure I'm not the only one either. 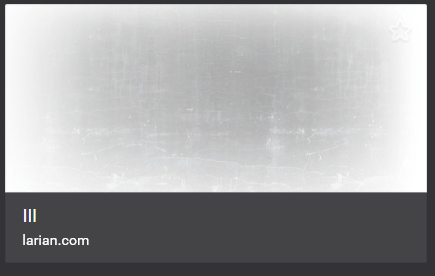 If true, then this comes as a pleasant surprise since Larian Studios only just announced a new game a few months ago. Even then our hopes were high until told that Divinity: Fallen Heroes would not be a sequel to the 2017 hit, Divinity: Original Sin 2 but instead a new game in the same world. What's more, that game plays differently with a more strategy grid element to it. Sort of like the Xcom games.

Staring at the site doesn't tell us anything else though. The symbol just sits there on a dark backdrop with what could be a smouldering fire effect. For now, all we can do is hope and wait for more news to drop.