Denuvo Anti-Tamper or just Denuvo is a is an anti-tamper technology and digital rights management (DRM) scheme developed by the Austrian company Denuvo Software Solutions GmbH. So it happens, version 5.2 of this software is used to protect Hitman 2 and Assassin’s Creed: Odyssey.

Apparently, new version’s code is not that protective, considering that two independent groups of enthusiasts managed to hack through all defenses to crack the sequel about adventures of agent 47. And not just crack it but to do it 3 days before release. Just imagine this audacity.

As reported, it was possible due to the deluxe version of the game being available 4 days prior to release. In fact, crackers from the FCKDRM community needed 1 day to do that. On top of that, CPY group cracked a month away from the release Assassin’s Creed: Odyssey. 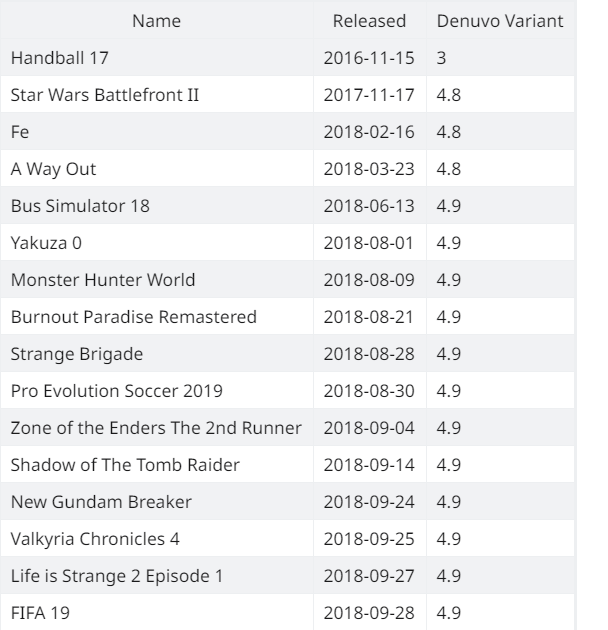 For now Denuvo 4.9 remains the most secure version. Games that utilizes the protection system still cannot be cracked:

Hackers failed to crack the titles which use version 4.9 since April. That actually brought a lot of profit to the companies that use Irdeto products (Denuvo).