Dota Underlords Beta just launched for the owners of Dota 2 Battle Pass 2019. This is an Auto Chess game where you draft pieces (characters) and match them together for the best synergy.

Drodo — the original studio behind the Dota 2 Auto Chess Arcade — released its own mobile app and will soon launch a standalone game via Epic Games Store. Riot Games is also working on its version of Auto Chess for League of Legends called Teamfight Tactics. The game will be released later this month.

To get the Dota Underlords Beta, you need to open the Dota 2 client and simply claim the game on the landing screen. 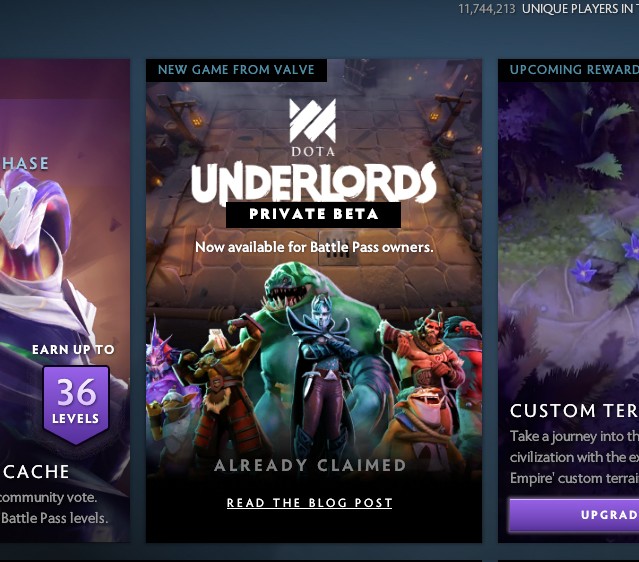