The Halo community has been holding their breaths for the last week after rumors broke off that 343 Industries was planning a PC release of The Master Chief Collection. The rumors turned out right, and to a tremendous surprise for gamers, the series comes to Steam instead of Microsoft Store.

Halo: The Master Chief Collection for Steam will include the original game pack, starting with Halo: Combat Evolved Anniversary plus Halo: Reach, the prequel series.

MCC is already listed on Steam, the release dates and pricing haven’t been announced yet. 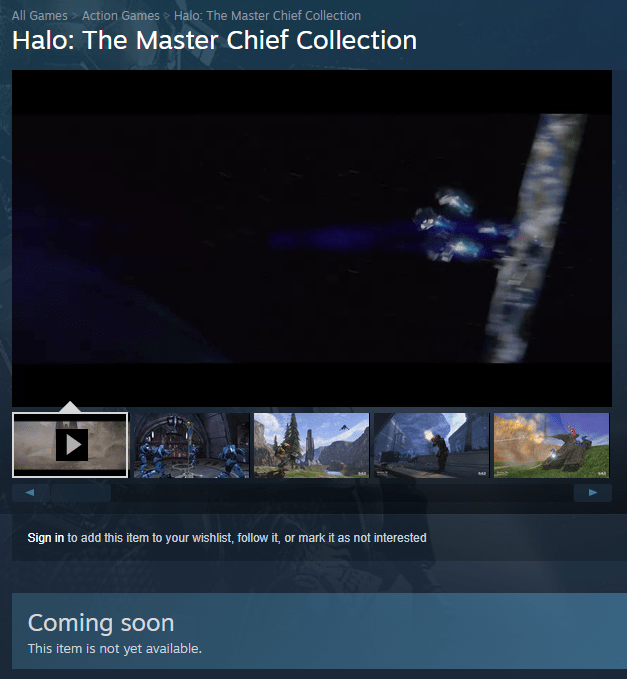 The games for Halo: MCC will launch in portions and in chronological order. We’ve also found out, that the multiplayer for Halo: Reach will be free, and players will need to pay for the campaign only. Xbox One owners will get access to Reach via the Xbox Plus subscription service.

Here is what community director Brian Jarrard said about the release:

We’re embarking on a journey with our community to build a PC experience that delivers on PC gamer expectations. The team is passionately committed to ensuring that all of the features, bells, and whistles expected in a modern PC title are included with MCC.

By the “features, bells, and whistles” he meant things like widescreen support, 4k resolution support and many other things that come with the modern PC gaming.

Halo is a game series originally released in 2001 for Xbox, which since became one of the most popular FPS franchises in the world. Halo: Infinite is going to be the first title of the series released for PC as well Xbox.