Yesterday ESL One Birmingham 2019 ended late at night. Team Secret was able to beat Evil Geniuses with a 3:2 score in an extremely tense grand final. Although no significant commercial competitions will be before SLi Minor and EPICENTER Major, it's time to conclude with a view to the final pair of DPC rating tournaments. 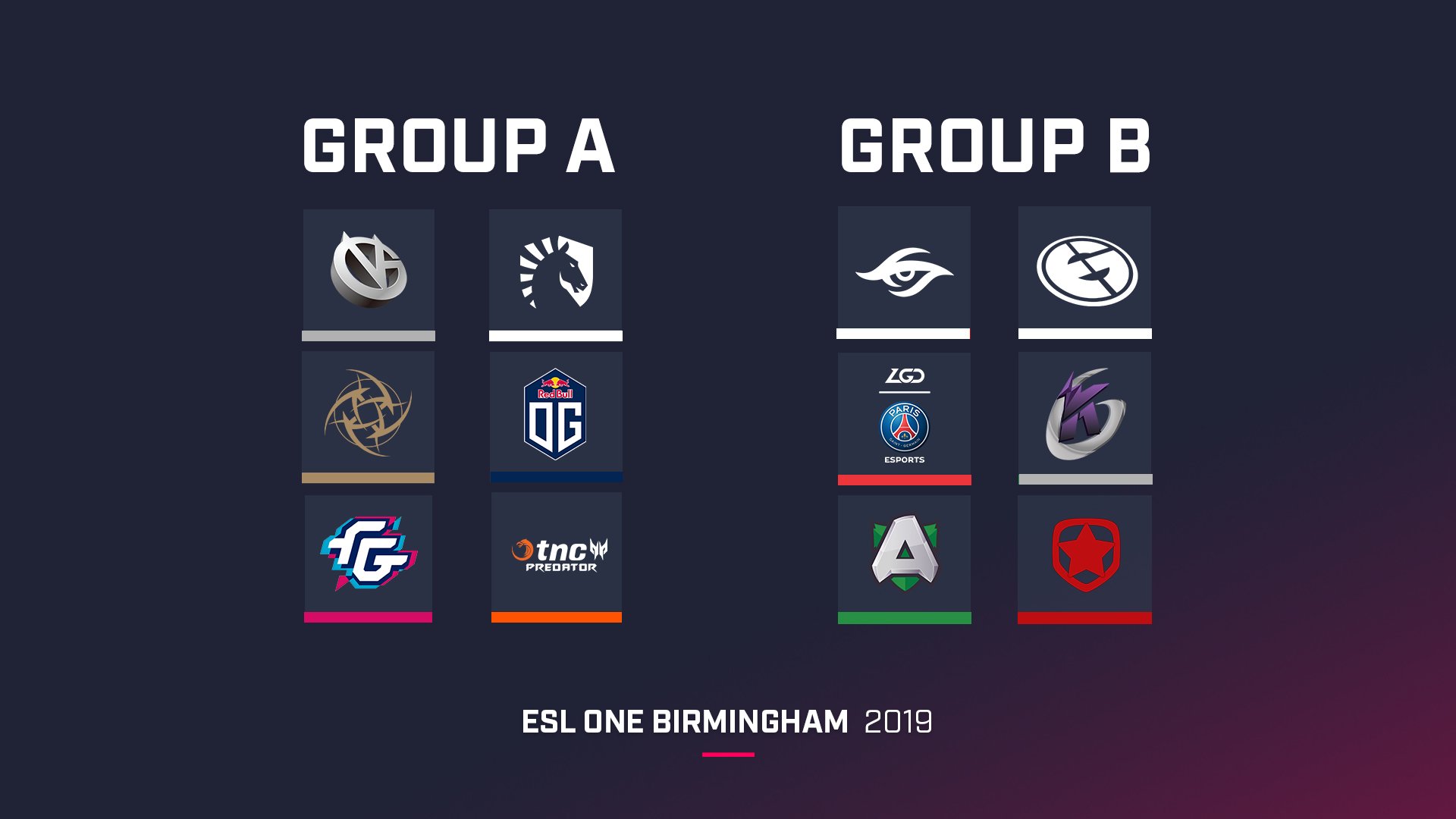 Many named six from Group B a "group of death" in advance. Evil Geniuses, PSG.LGD and Team Secret had to fight for two places in the Playoffs upper bracket, and some of them had to lose.

What people didn't expect at all was that all four Playoffs' members from Group B would get to the top 4, knocking out their colleagues from the group A. Ninjas in Pyjamas, Vici Gaming and Team Liquid couldn't oppose the teams from parallel group. Perhaps the organizers will be able to come up with a more successful system for the group stage draw.

Jump above the head or a new level? 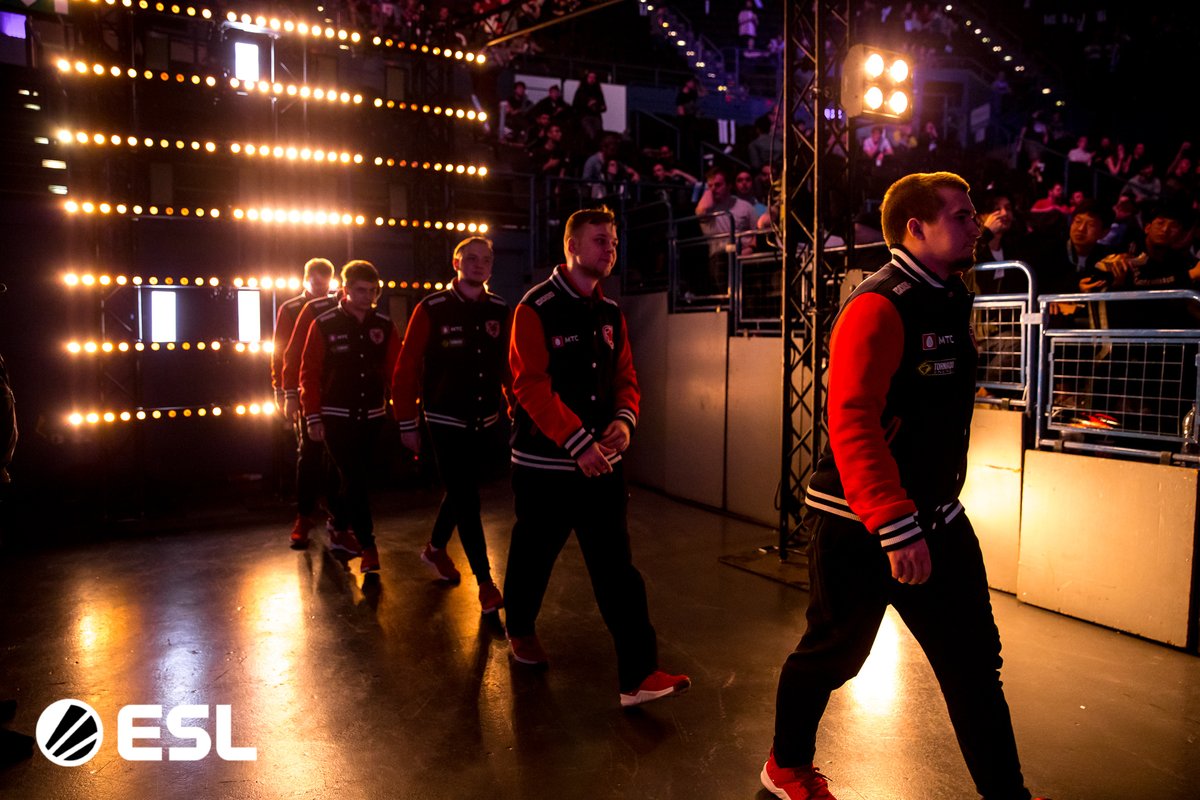 Gambit Esports has become the main ESL One Birmingham discovery. The Russian team begins to resemble the Phoenix bird: after the failure at OGA Dota PIT Minor 2019, many were inclined to bury the team, but now we see how Gambit took first place in the Moscow Major Qualifiers, and they've won over several top-teams at once.

Team Liquid, the MDL Disneyland Paris Major vice-champions, were crushed as well as Vici Gaming, the champions of DreamLeague Major. Many players note that Gambit is in good shape now and ready to play on equal terms with Tier-1 teams.

Some of you may remember ESL One Katowice 2019 when Gambit took second place, but there were not so many participants, and the season didn't enter its final stage. The Russian team may have some hard times in Moscow. Some teams will learn from their own mistakes in the UK. But Gambit has chances to do their best on EPICENTER, and maybe we won't see a representative of the CIS, whose name isn't Virtus.pro, on the last line of Major. 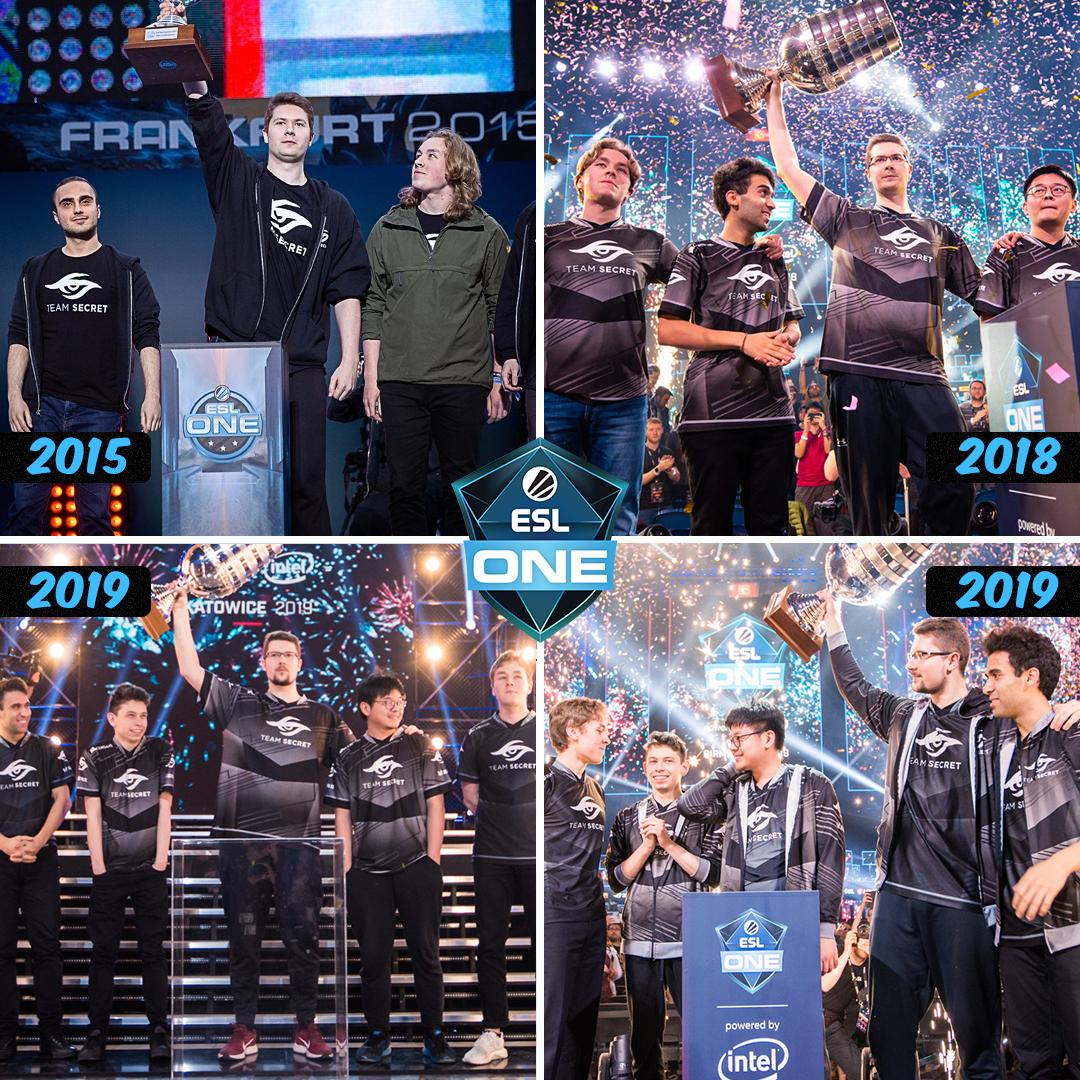 After the Evil Geniuses disappointing performance at Adrenaline Cyber League, we had a question: could "Geniuses" immediately join the British tournament, or jet-lag will prevail against them? The decision to come a few days earlier to Moscow turned out to be correct: 8-2 in the group stage and access to the grand final through the upper bracket proved it.

Representatives of North America are showing a high level of DotA, but they were "not lucky" to be against Team Secret in the grand final. Puppey and his teammates spent the group stage with some problems, losing to EG with a 0:2 score, but they gave only two maps in four games (one TNC Predator, one PSG.LGD) in the Playoffs lower bracket.

Now Team Secret are very close to the "god mode". Clement Ivanov's squad will be the main favorite to win EPICENTER Major and The International 2019. The main thing is not to lose pace. By the way, the European team captain was recognized as MVP in the tournament and received a car as a gift. The decision may seem controversial: Nisha was extremely good in some matches.

On the other hand, if Team Secret wants to strengthen its leadership by earning the fifth ESL One trophy, it seems we know who deserves the next Mercedes. 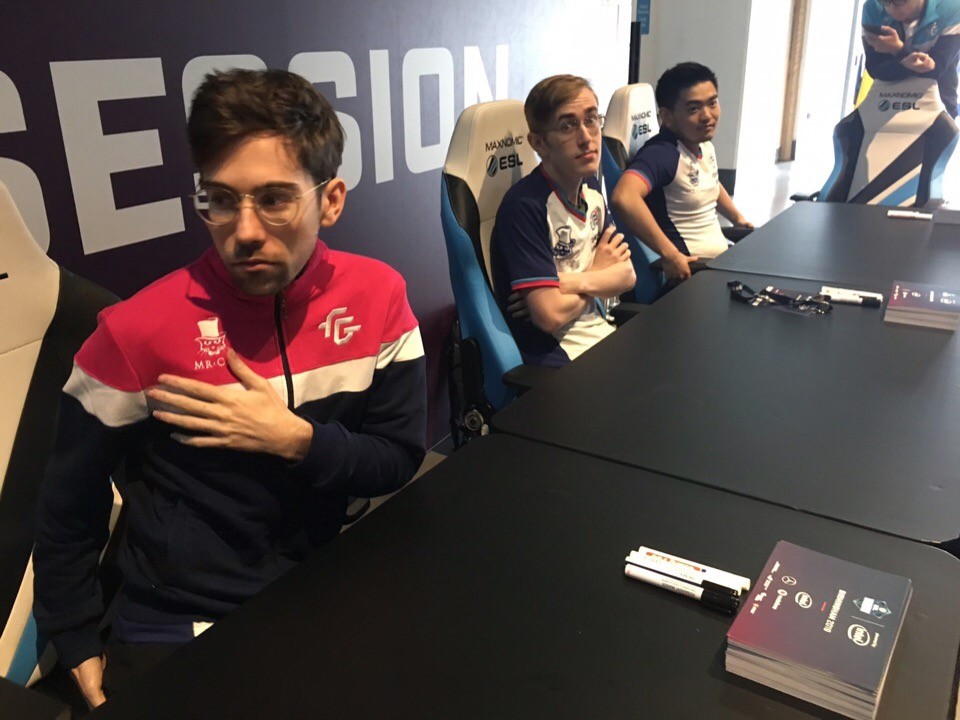 We can't ignore some teams that couldn't show good results. Let's start with the teams that are still fighting for "tickets" to The International.

Forward Gaming, Alliance and OG — each of these teams still have the opportunity to get such valuable Dota Pro Circuit points, but their game leaves much to be desired. Only OG was able to reach the Playoffs, where they met with the great and terrible Team Secret. On the other hand, FWD and Alliance finished the group stage in the last places with statistics 2-8, and judging by their game - there will be no top 6 in Moscow for them. The Swedes need at least to get through the Minor.

We'll highlight TNC Predator separately. The team was able to reach the Playoffs upper bracket without losing a single match. Nevertheless, the grand finalists knocked them out from the tournament, and TNC was able to win one map from each match. In theory, we could see the relatively good game from the team in Moscow, and TNC's margin of safety seems sufficient to receive a direct invite to The International.

Team Liquid, Ninjas in Pyjamas and Vici Gaming have already been selected to The International, so the competition in Birmingham was primarily of a training nature for them. It is likely that the tournament in Shanghai will be played on this patch (the changes will be, but hardly drastic), so they had to feel the tournament meta and test some plans. Their result in Birmingham was an unpleasant surprise, but nothing critical happened.

Finally, we must pay tribute to the public and the illumination crew. A certain number of memes and an amazing atmosphere awaited us. When Team Secret beat OG out of the rally, Clement Ivanov joked with a heavy Russian accent in the post-match interview that this was revenge for the Russian brothers (reference to Ceb offense in public). 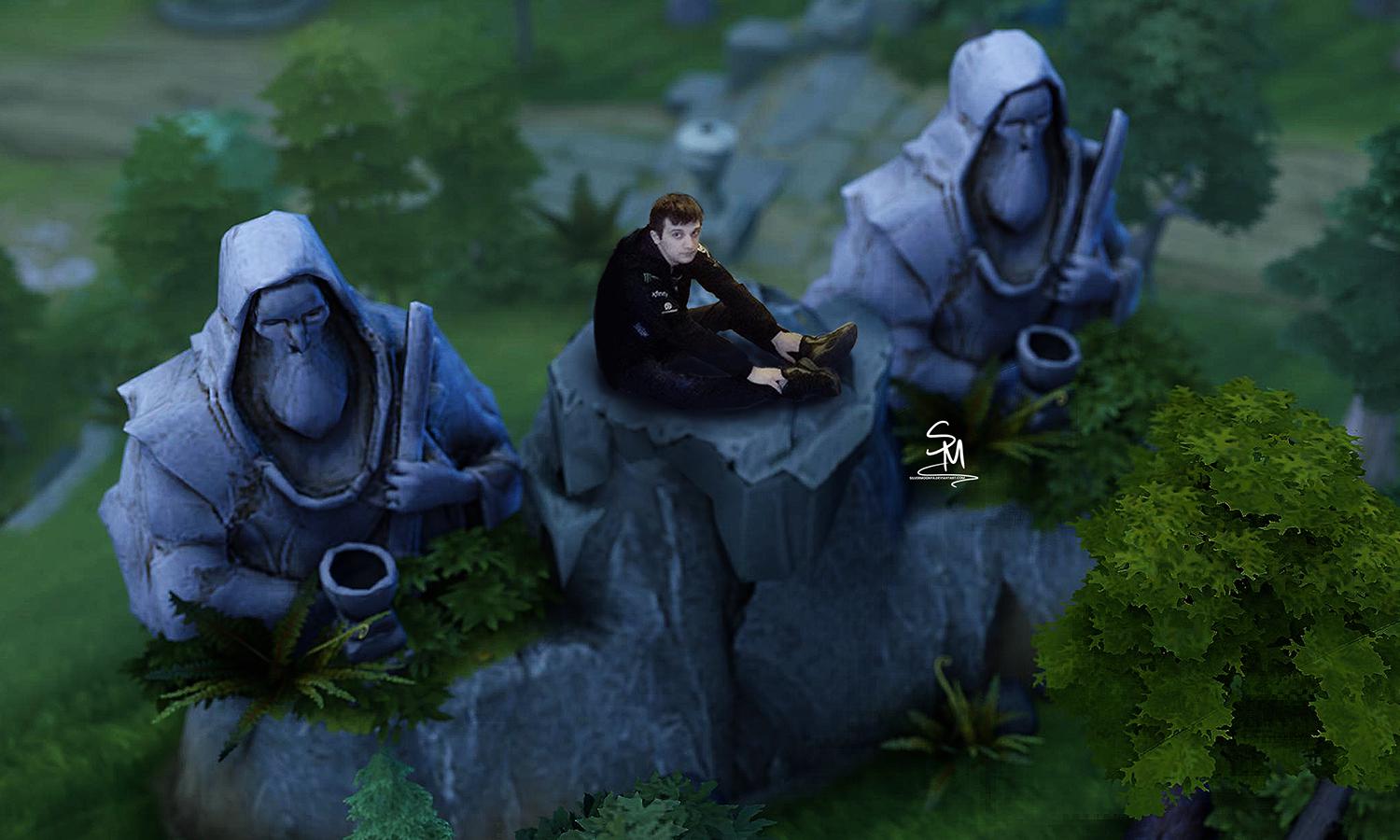 But the central meme of the tournament was the return of Cliffteezy. Several teams at once threw poor Artur Babayev onto the ill-fated high ground, from which he couldn't immediately get out, and that was the reason for a separate segment on the ESL One Birmingham stage. The tournament organizers presented the Canadian with an individual ladder so that he could go down the cliffs. According to the joke, the artifact occupies three slots, but now Arteezy may not be afraid to play against Batrider and Dark Seer.

ESL continues to make quality tournaments, giving us a magnificent spectacle. Now the teams will have a short training period before the last battle for The International 2019. SLi Minor will be held in Kyiv from June 12 to 16, and EPICENTER Major will be held in Moscow June 22-30.