You know, history is famous for its recursion. "There's no such thing as new" plus "Life is like a boomerang" implements into the case of Dota Auto Chess at it's maximum. See, the karma caught Valve with the very same thing which they have once made to Blizzard. But with Valve having some experience in such matters, they've managed to salvage the situation and got themselves a copyrighted and separated product, while Drodo gets the Chinese target audience. And of course, speaking of recursions, Riot Games made a piece of their own.

So let's dig into the autobattle games universe.

Autobattler, MABA (Multiplayer Automatic Battle Arena), autochess — what are they? A bit of gaming science stuff incoming. First things first, the genre is "Strategy". The gameplay grew its roots from strategic games, as it happened with MOBAs. The subgenre is "Autobattler", because the pieces on the chessboard fight automatically, the player only chooses the units and items like a true general. Dota Auto Chess is a game made by Drodo Studio. MABA just sounds dizzy and uncomfortable, or it is just us?

So there are eight players in a match. Each one picks units (characters). Combine and upgrade heroes and items, place them on the board and watch them fight for you. You'll get a random opponent or a set of neutral creeps. Win to gain money to buy stuff. The last unit standing on the board wins the round. If you lose a round, you total HP points are reduced. And so the rounds repeat until there's only one player left.

It all started with a mod. Sounds familiar, isn't it? So, some guys from Drodo Studio, China, made a chess-alike mode for Dota 2. While everyone says chess, Drodo says "Mahjong". Mahjong is a Chinese game played by up to four people, where you need to spell out a combination of cards through a series of replacement and trade-off rules and to prevent your opponents from doing their own combos. You need to use strategy and calculation. And the luck element plays a significant role.

Part of our design inspiration comes from a Chinese old Chess game called “Majiang”. Meanwhile, the map of the game looks like a chess checkboard. So we decided to call it “Auto Chess”.

So, on January, 4th, 2019, Dota Auto Chess releases on Steam Marketplace. The new era begins. Four million subscribers in a month, 8.5m in May with 300.000 are stable online. Imagine the success: Valve representatives initially flew to Drodo's office in China to have negotiations. They could not make a game-changing agreement (like Valve acquiring Drodo, for example, and the studio continues working on the original game) but still concluded that they will support each other, the copyrights will stay with Valve, Drodo will get financial support via Dota Auto Chess Battle Pass and the companies eventually and peacefully drifted apart. No hard feelings. Or were there? We'll come back to it a bit later.

So, Valve announces Dota Underlords. Drodo releases Auto Chess. Meanwhile, Riot Games were not just standing still and watching. Teamfight Tactics was presented on June, 10. A little late, some may say, but League of Legends has a huge and patient audience, they wouldn't have abandoned LoL for a Dota autobattler for sure.

What are the differences between autobattlers?

So, we have three main autobattlers at our analytical table:

You can read a separate article about autobattlers comparison with Evil Geniuses' Sean "Swim" Huguenard's comments right here, by the way. And we've asked Hyped, Hoej and dmplicious what are they thinking about the autobattlers — don't miss it.

Here, we won't talk about any rating systems, balance problems and other reworkable stuff, because each game will be changing drastically over the next couple of months and the updates come out faster than the other companies' autobattle clones.

Let's start with the platforms. We are sorry, console owners, no autobattlers for you. Maybe in future, who knows?

Dota Underlords is great speaking of mobile gaming — it works well (on flagships), the graphics are good, the user interface is designed exactly for mobile devices (which affects the PC game client: it looks a bit harsh), there's also the cross-platform system. Valve did a good job acquiring all the available platforms.

Auto Chess was released on iOS and Android and the developers are working on the PC client right now. The alpha will only start next week. It has a bit flatter graphics than Dota Underlords, which means that it won't waste your battery so fast or crash your device.

Teamfight Tactics' main problem is that the game is only available on PC. The developers are only concentrated on working with the PC version as it is still in beta, so we should wait for a while to get this game on our devices. 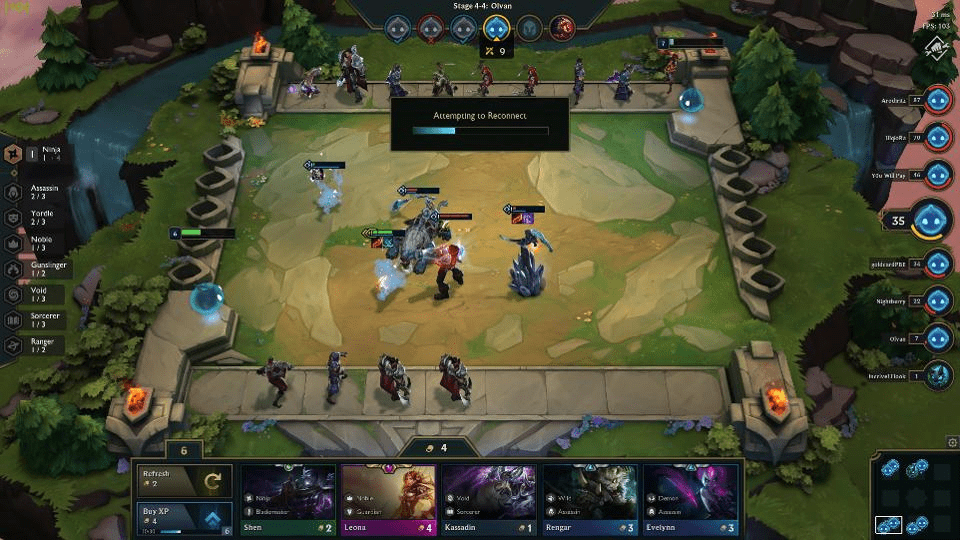 Auto Chess is very similar to Dota Auto Chess mode. This game is the closest to the original one, with the same mechanics, balance, features and gameplay. The matches may take up to 45 minutes on average and even might last up to an hour if you're aiming at top-3. Auto Chess wants you to plan your strategies for the late game, combine items and hope that RNG won't turn to opponents. Yes, you've read that correctly. Drodo's brainchild is all about random, so be ready to work with what you get and thank or blame the circumstances. Besides, Auto Chess has a wiki right in the game, so you can check the synergies and item combinations easily. There's also an in-game currency — Candies — and a store. You can buy cosmetics like avatars, boards, units and etc.

Dota Underlords feels better for Dota 2 fans, obviously. The main thing is about the licensed characters, items and lore. The game seems much more comfortable thanks to reworked UI and overall game design. It plays decently on mobile devices and appears a bit clunky on PC, but that's not the point.  There are more tools to understand the synergies and combinations, showing the effects and buffs you will get. The matches can last for 40 minutes and Valve wants to add a turbo-mode.

But the two main differences will make you think about picking this autobattler:

Riot Games knows how to do quick and fun games. League of Legends in comparison to Dota 2 is much more speedy and easy at first sight. And Teamfight Tactics is for sure the simplest autobattler from the list. But don't think that it's bad, no. It, on the contrary, makes you dive deeper into the game and stay tuned throughout the whole match, which, to be said, can take you 40 minutes at most. Teamfight Tactics has a simpler draft pool composition: you can combine your heroes better, plan your tactics well and most importantly — implement them as you wanted. And even if you messed up a little, the game provides you with its biggest difference and the coolest mechanic: the comebacks. If the RNG will allow you, of course. So, when the time to pick the heroes from the pool comes, the last player chooses first.

Teamfight Tactics wants the players to place characters smartly because the board is smaller and the buffs are working in a different, more efficient way. Ranged characters are OP here in comparison to other autobattlers. Teamfight Tactics is made for quick decision-making, reacting and counter-attacking. Not for macro-level strategy stuff.

So which autobattler is the best and are they worth playing?

Yes, they are definitely worth trying. It's a fun genre to play, as all you need to do is to count and plan, no reactions needed. These games feel like Hearthstone or Gwent rather than innumerable mobile MOBAs or Battle Royales. There's no instant adrenaline, you won't need to sweat your pants to win. Besides, playing autobattlers feels like being all alone during the match. There's no co-op, only random fun and competitive goals. It's better played when travelling via subway, waiting in a queue, at your grandma's birthday when your second cousin uncle is having a 30-minute speech about politics and so on.

This is why autobattlers suit better for the Chinese market, where mobile gaming is way more popular. Tencent has already announced their own autobattler Chess Rush and no one can't just do anything with it.

We can't really say which autobattler is the best. They are all pretty rough around the edges as the "Autobattle" subgenre was born literally half-a-year ago, and the games were released pretty recently. The development teams are working hard to make their projects better, secure the balance, add new things to enrich the gameplay. Marketing people are working to reach out to the audiences, as all the social networks are filled with autobattlers' ads and news. There's even a $1m tournament for Auto Chess to be held in China.

So it's just up to you if you can't decide which game to play. Try them all for yourself and pick the best, or just follow our writings above to choose one. They all are great but don't differ very much. Teamfight Tactics is quicker and more fun, Dota Underlords prefers strategy over random, Auto Chess is just the original game how it was made but within its own universe.

By the way, speaking of tournaments. WePlay! has teased something, aren't you excited?