Dead or Alive — a quite pretentious fighting game series — is already 23 years old, and the developers continue to release newer and better versions of the game, delighting numerous fans. On the first day of spring, the sixth part came out, and we decided to introduce you to Dead or Alive 6 characters again. Prepare for E or F (or even G) breast sizes, cute faces and brutal muscles. The developers don't hesitate to focus on the characters' sexuality to increase everyone's interest in the project. Never were shy and are not going to start now. You won't find feminists in Team Ninja. 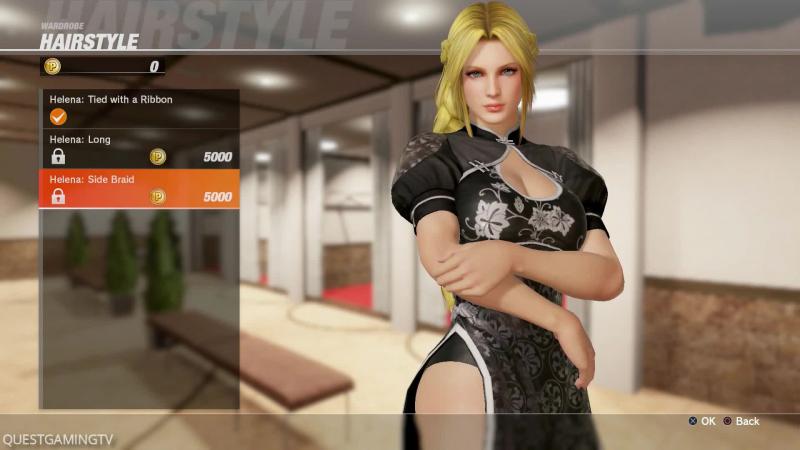 We decided to begin with her on purpose since Douglas's appearance characterises the approach to character development in Dead or Alive more than completely. Bright blonde with a gorgeous bust in a traditional Chinese dress with a slit to the waist. A charismatic madam, nothing else to say. As for her combat skills, Helena uses her flexibility and easily fends off enemy attacks. Elegant, sexy, deadly — almost a third of the characters in DOA 6 will fit this description, but we single out Helen separately, as the first on the list. 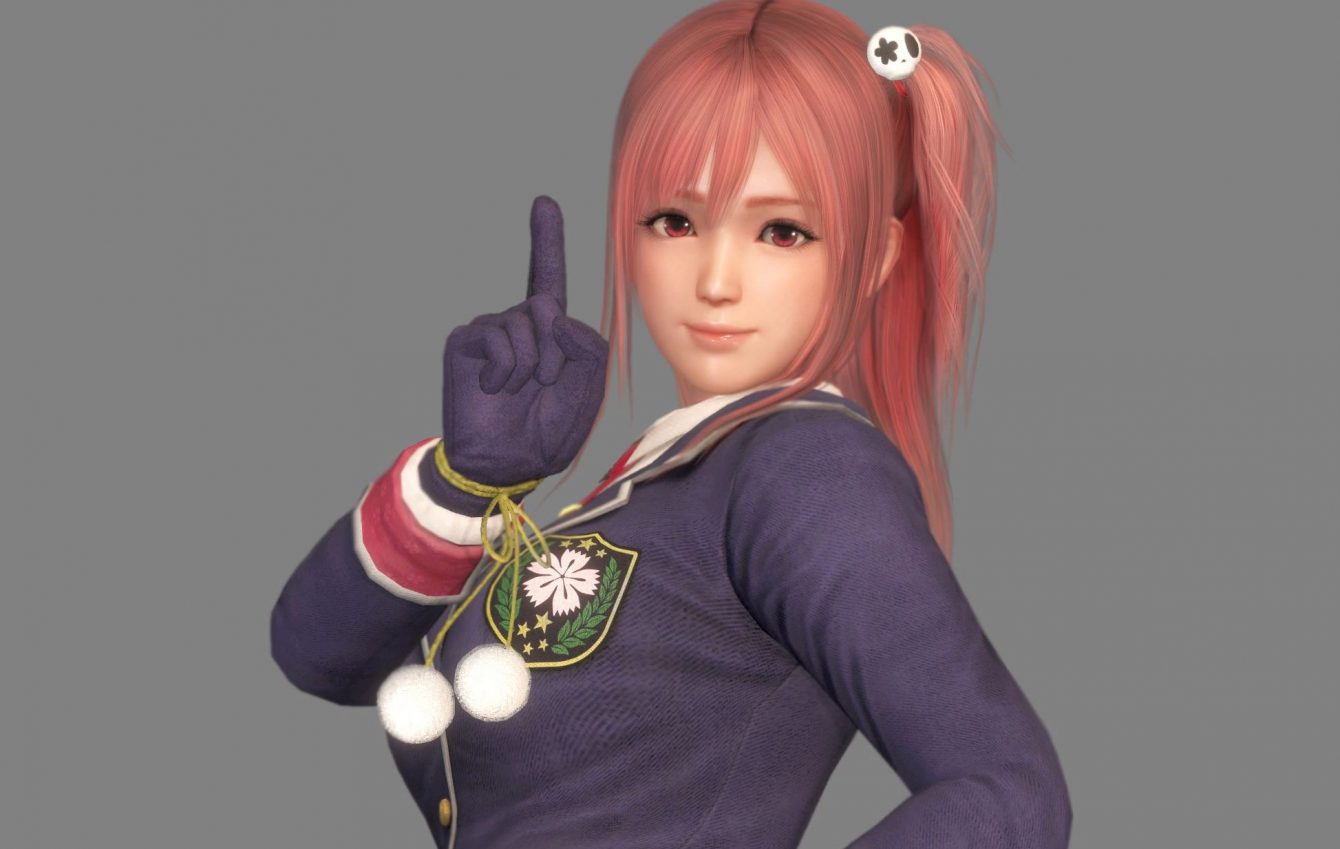 Honoka is a young warrior from Japan with fiery red hair, eighteen years old (so it's legal). She is a master of a unique fighting style, which she invented, and its name is rather trivial — Honoka-Fu. Despite the meek character and school (student) uniform, she has remarkable physical strength and is capable of smashing a pair of powerful uppercuts to the jaw. 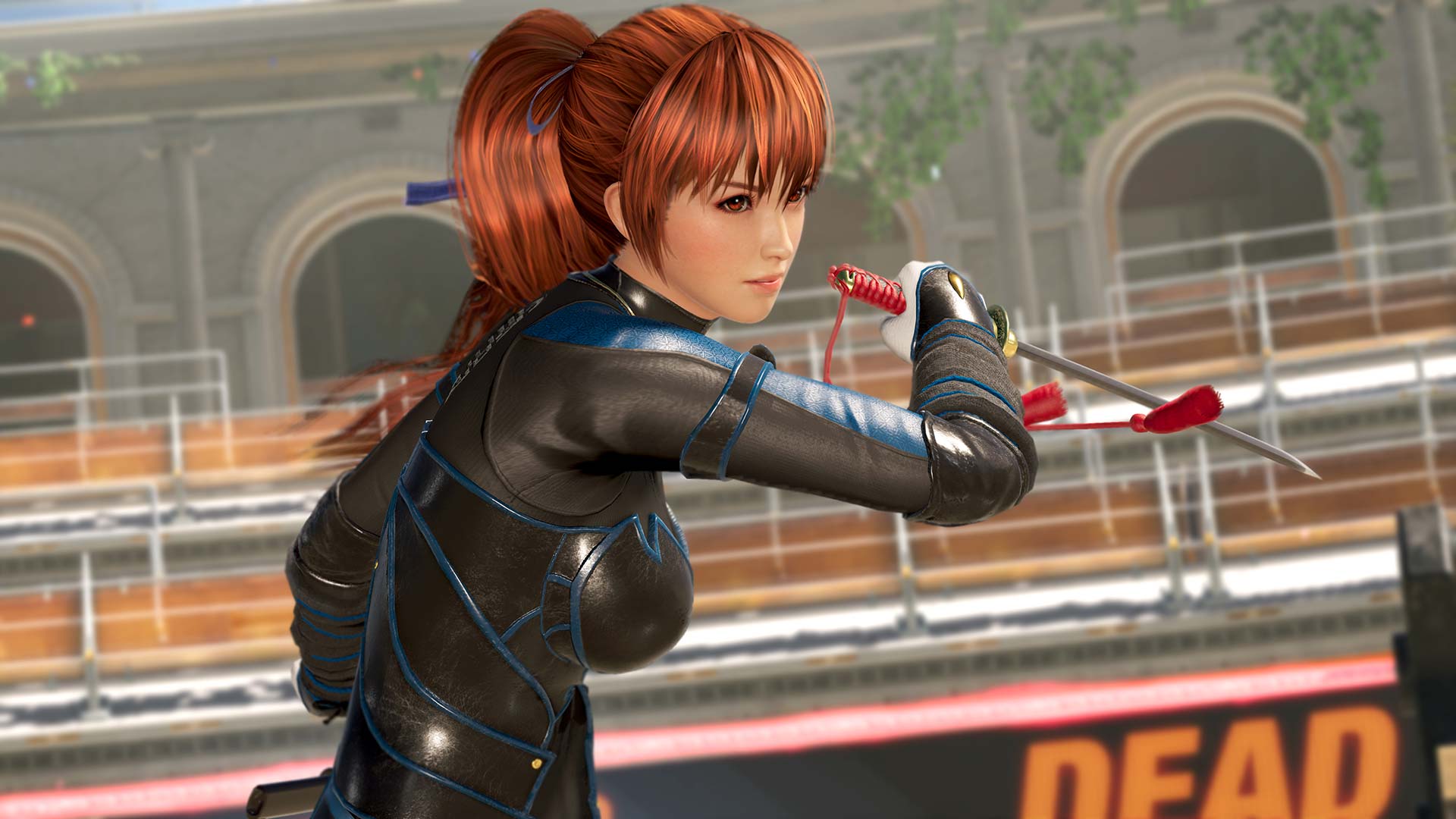 Another Japanese girl, a year older than the previous one, she's among the smallest of the fighting. Kasumi’s weight is only 48 kilos, and he is 158 centimetres tall (yes, you god-blessed Americans, we will use the metric system). You may think, what such a little baby-girl can surprise us? It turns out — with a lot of things. A whole crowd of thugs went resting to the hospital after meeting with an itsy-bitsy girl who had undergone full training in the ninja temple. Gotcha! 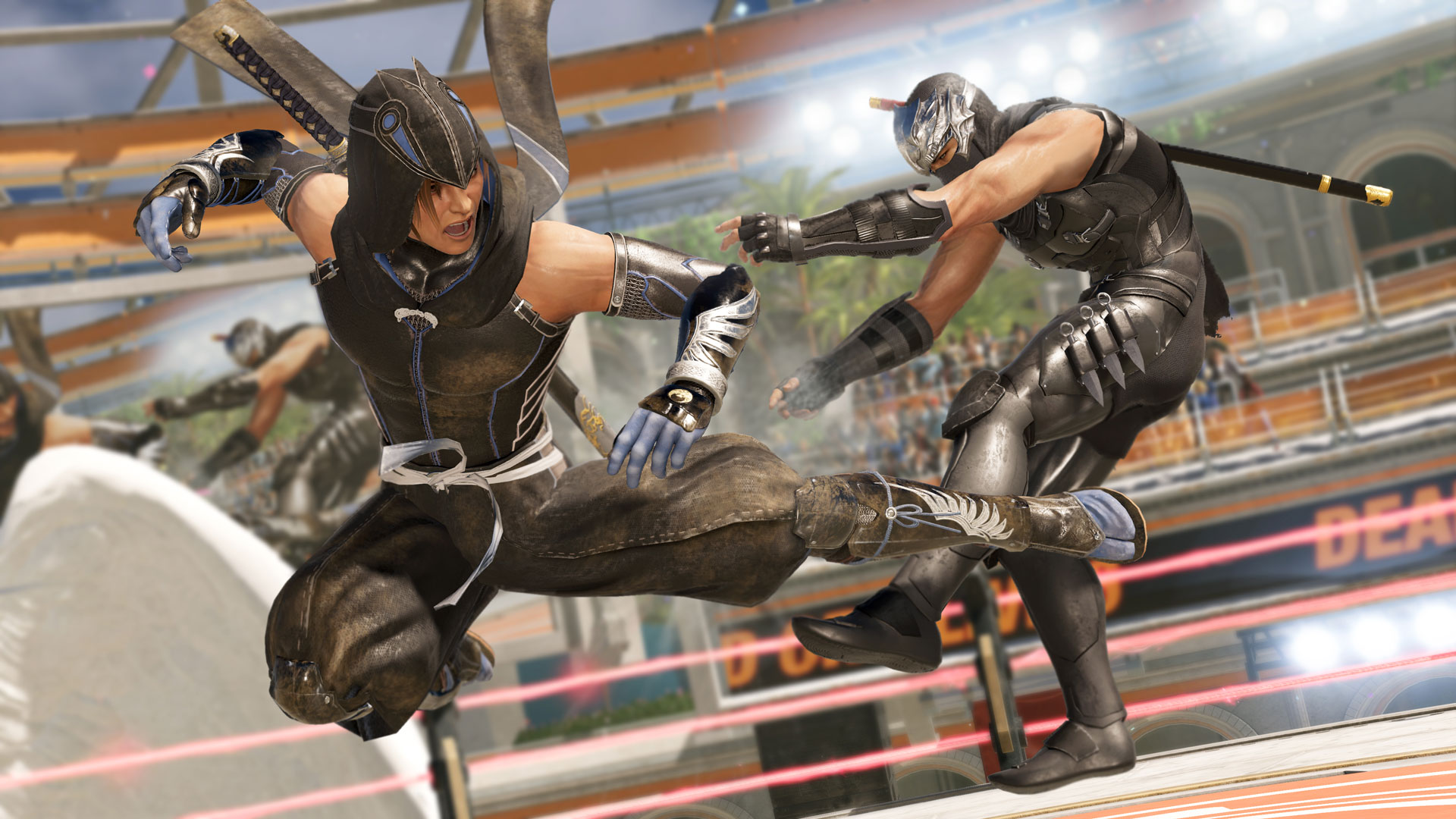 Kasumi's elder brother was kidnapped and went through terrible experiments in the secret laboratory — Doates. It happened a few years before the Dead or Alive 6  events. As a result of the experiments, Hayate lost his memory, but still retained his combat skills. He is an incredibly fast and powerful fighter, one of the best in the fighting. 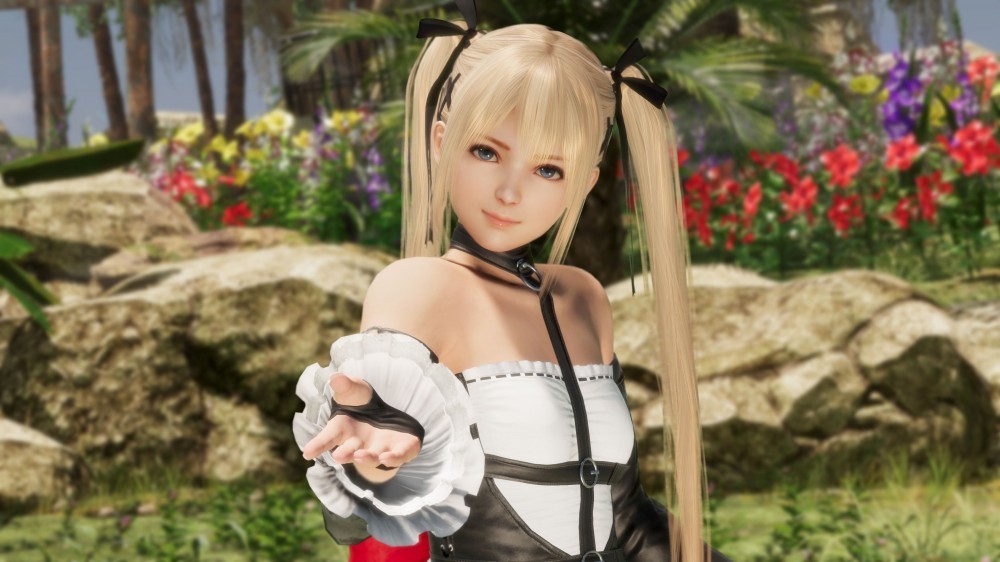 Helena Douglas' maid is a dazzling blonde with many secrets. Girl's position is only a cover for the one who perfectly mastered the codenamed "System" Russian special forces combat style. Add to all this a stunning smile and pretty face — ain't she a secret KGB agent? 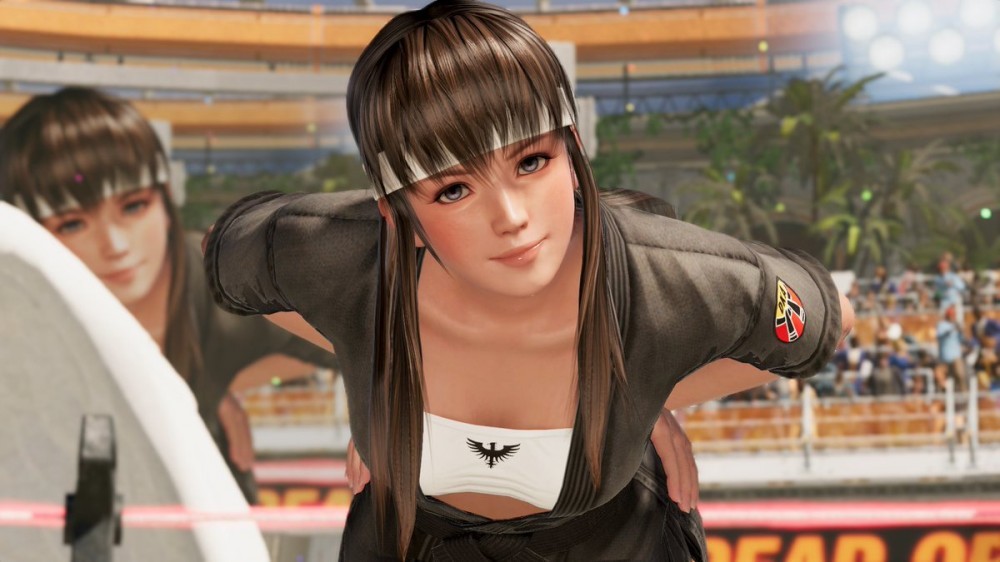 Another miniature beauty, who, once being a little girl, was taken to karate classes instead of dancing and music. Seriously fascinated by martial arts, Hitomi honed her skills to the extent that she could go up against a big guy with her eyes closed and quickly knock him out with a pair of precise high-kicks. And she is only twenty years old! The girl cannot boast of great proportions — she is 160 centimetres tall and her 49 kilos allows her to cope with stuff relying on speed and lightning-fast counterattacks. 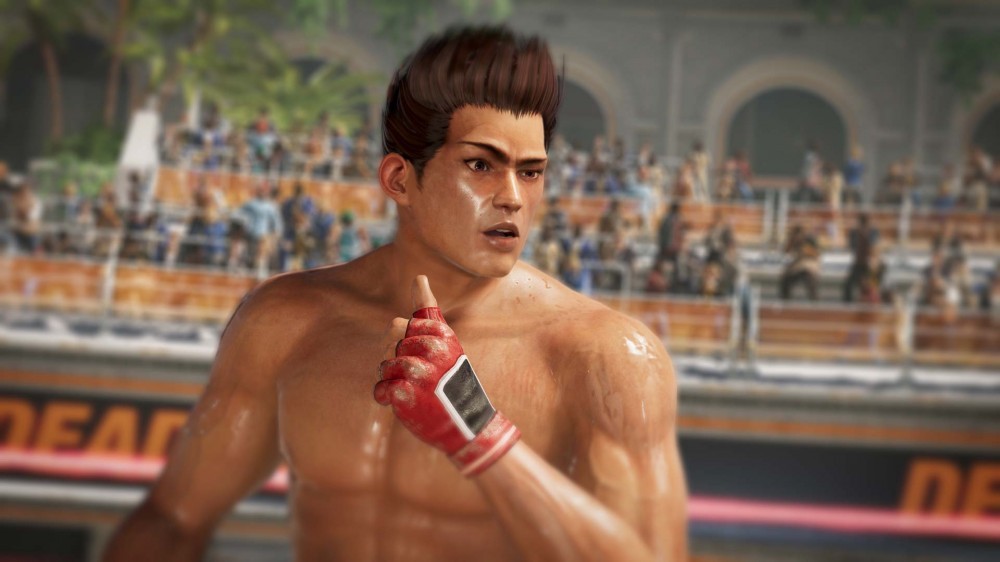 This stern young man is a warrior to the bone. He is indifferent to glory, money or applauses of any raging crowd. The main thing for Lee is to hone his skills to perfection. Apparently, the developers hint to the legend of fighting craft — Bruce Lee, who became the trendsetter of eastern martial arts in the world. Jann's height is 177 centimeters, weight — 75 kilos. And an immeasurable desire to win. 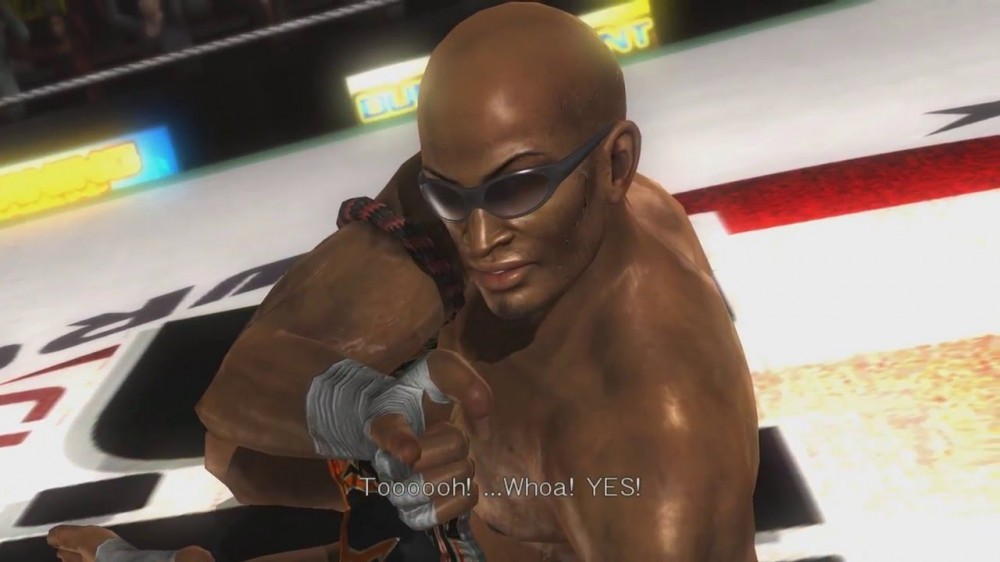 Not a single good fighting game can do without a muscular Afro-American guy with a dazzling smile. The Muay Thai connoisseur has decent elbow and knee strikes and is very good at defence — quite a versatile fighter, to be fair. 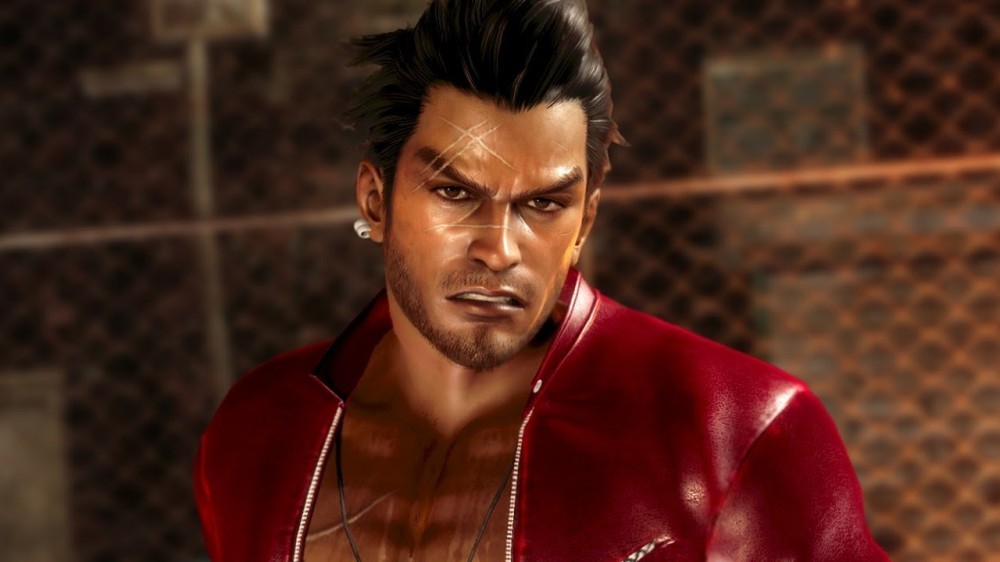 A street fighter from the poor streets of New York earned money for his sick mother's treatment by regularly breaking bones of his opponents in underground 'no-rules' fighting. He was taught there how to survive and win at any cost, using 'dirty' tricks like heading, punching the... you know, men's stuff, and so on. Honestly, when your own life is at stake — use everything that helps! 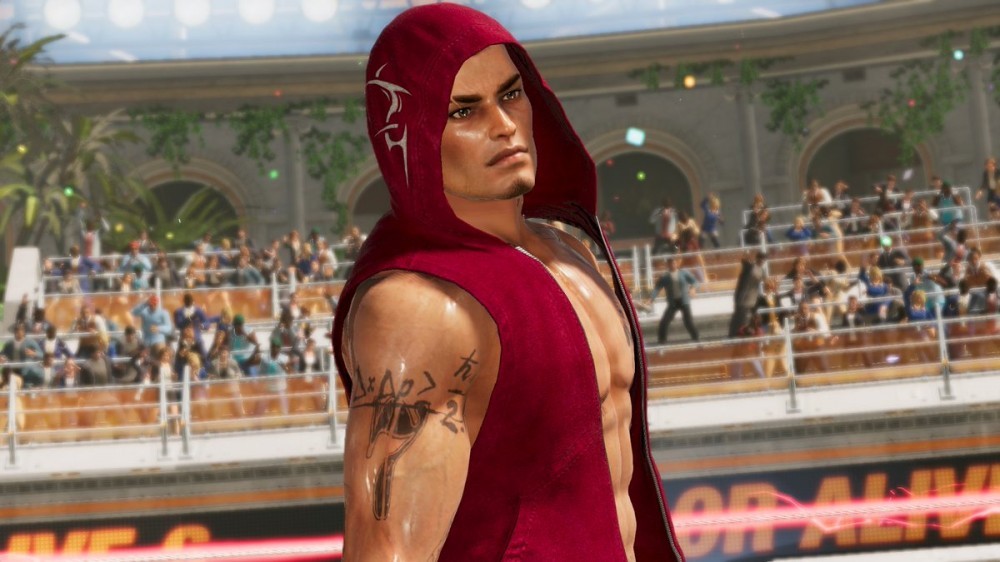 He is tall (185 centimeters) and masters Korean taekwondo martial art. And this means that Riga will show us his stunning acrobatic jumps, dank punching moves and in-air high-kicks straight to the jaw. His power is multiplied by decent speed and excellent training, making him a very formidable opponent for any fighter. 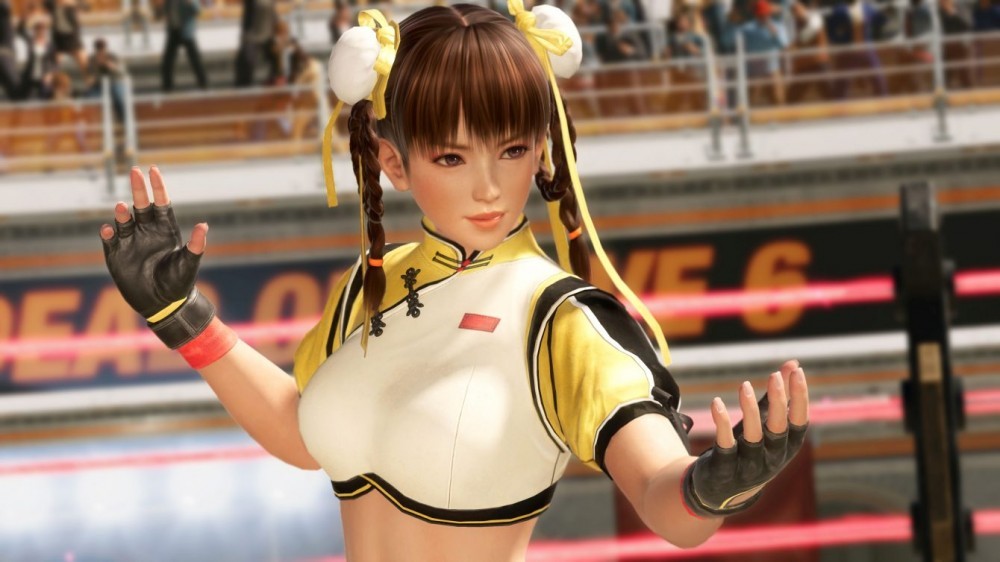 A young and talented university student succeeds in everything: getting excellent marks at lectures and challenging the most influential fighters of Dead or Alive 6. The description says that the 21-year-old beauty uses her opponent's powers against them in battles. Most likely, she studied aikido. Remember Steven Seagal and numerous blockbusters with him in the lead role? His fighting style? Expect something similar from Liefang. As impetuous as a thought of the sage, Ayane perfectly masters the secrets of ninjutsu. The girl is not only fast and strong, she is also a passionate follower of the Hajinmon sect, the shadow sect of the Mugen Tenshin clan. Her main mission is to track down Kasumi, another Ninja Order representative. Track down and kill? Or track down and team up? God knows, the main thing is that Ayane fights well (and she's hot as hell). 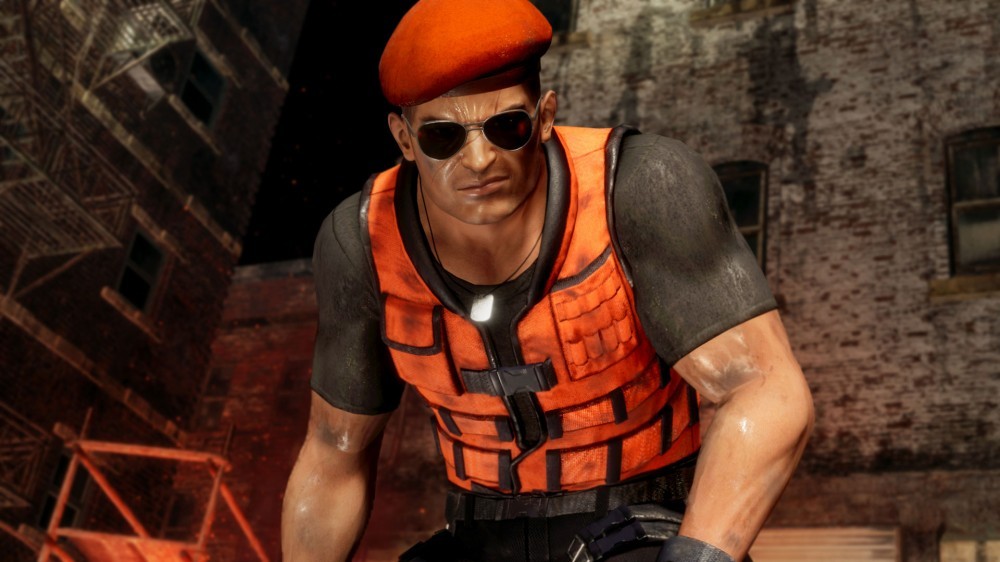 A total contrast to graceful and fragile female warriors from Russia. A hired killer with combat sambo belt weighs 105 kilos and has 188 centimetres from toes to hat. He hits slowly, but once he gets you... Imagine the blow of a heavyweight from the UFC — something same awaits Bayman's opponents if they can't manage to dodge him. A worthy opponent to the hero from Russia. He weighs even more (most of all characters in the game) — 157 kilos and with the help of his two-metered height, puts opponents to the ground with one blow, if they don't have time to block the hits or just aren't agile enough to escape.

As you could have guessed, Tina and Bass are relatives. The girl tried many different activities in her life: she worked as a model, an actress, tried herself in music and even became a rock star. However, the hot blood of the mighty father made itself felt — Tina chose female wrestling and now skillfully hurls opponents to the ground, using a rich arsenal of throwing strikes. 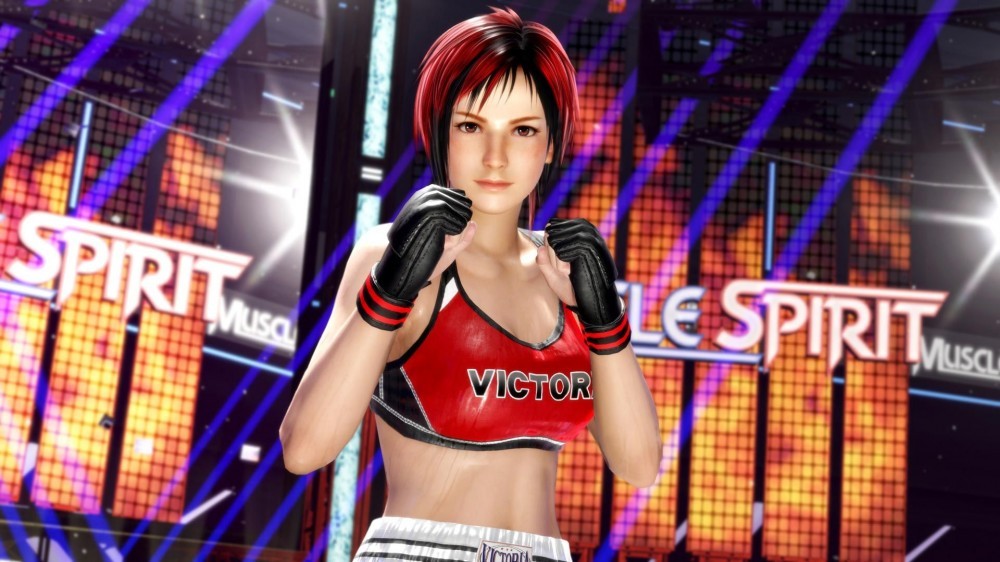 Another brutal mademoiselle, who made her life choice in favour of martial arts. A professional MMA fighter sweats for hours at the gym, practising punches, throws and grabs with her sparring partners. And more to say, the girl is only 21 years old, her main success is still ahead! 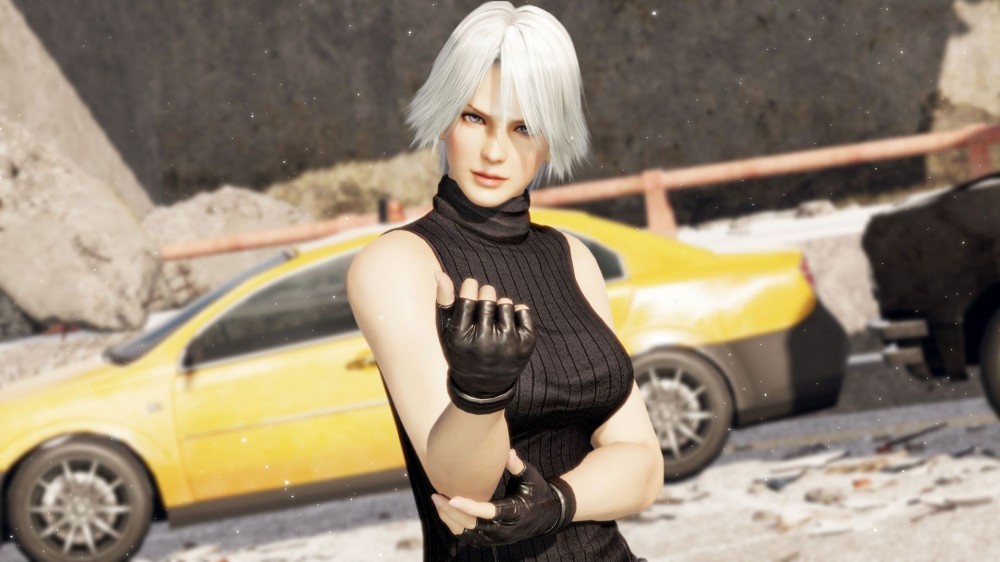 Christie is one of the most brutal and cold-blooded warriors in the game. Her fighting style, Snake Fist, allowed the girl to become an incredibly fast and deadly rival for any enemy. Who wants to check this? 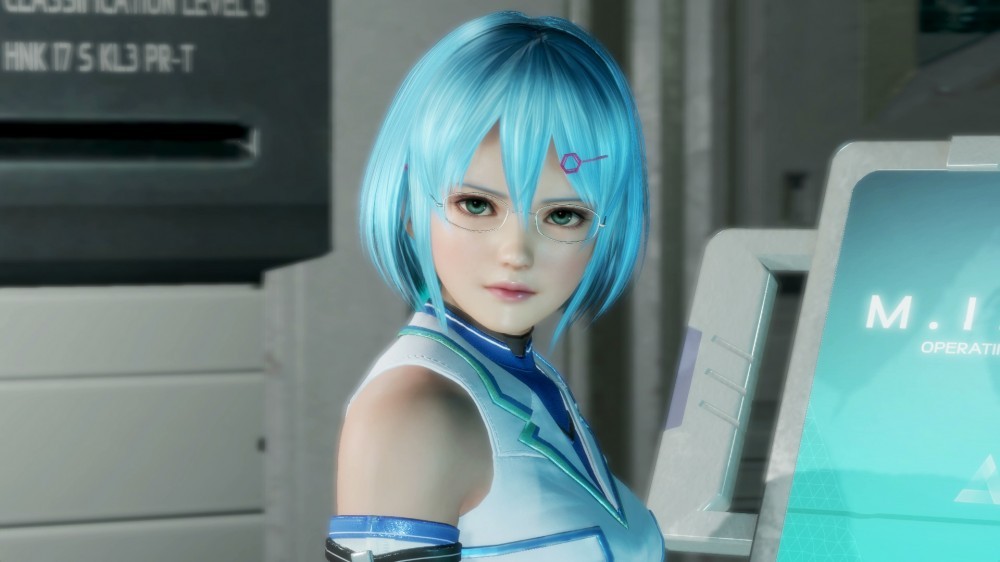 She's a PhD from the MIST laboratory. Nico only seems to be pretty and harmless lady with sexy glasses. In addition to her degree, Nico has a martial arts belt. A brilliant intellect allows her to overcome the opponents long before the start of the battle: the girl studies their weak points and gladly uses her human anatomy knowledge to attack the opponent’s vital organs. 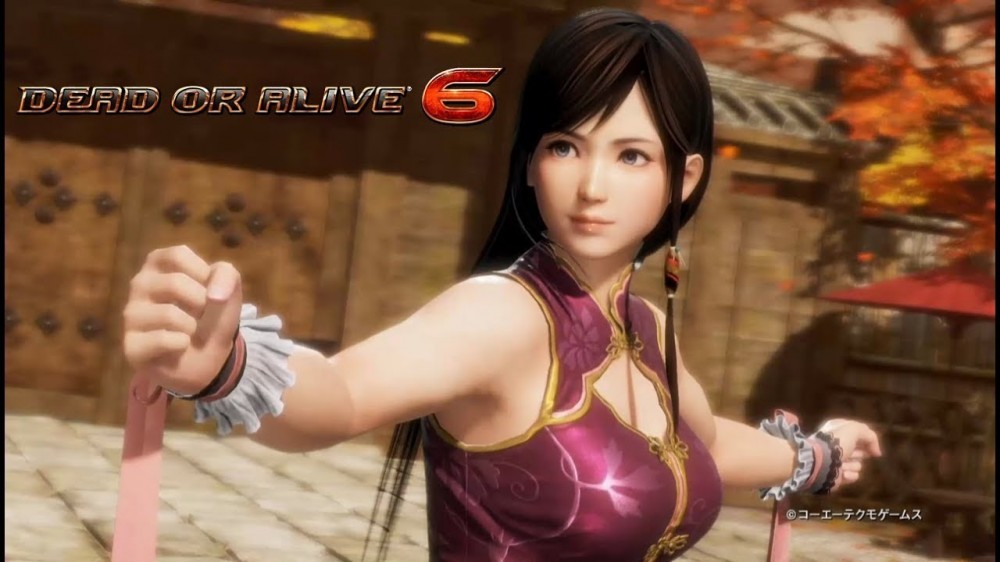 A nineteen-year-old Japanese girl was raised in a family of intellectuals, from her youth soaking up the rules of good behavior. That is why she asks for forgiveness from every defeated enemy. Politeness is the weapon of kings. The lack of physical strength (only 49 kilos) Kokoro compensates with her dexterity. Lisa, nicknamed 'La Mariposa' ('Butterfly') is an experienced fighter, tempered in hundreds of fights. Her combat arsenal includes several types of martial arts, for example, kung fu and boxing. Height of 175 centimeters and a weight of 53 kilos does not prevent Lisa from fluttering in front of her opponent, stinging her with swift jabs. Wong grew up in the ranks of a Chinese mafia group called 'The Triad'. There is no word 'mercy' in his dictionary — Brad has a lot of blood on his hands as he has killed more than three hundred people. He is incredibly cunning and unpredictable in a fight. The story of Eliot seems to be copied from the script of 'Karate Kid' movie. A master of martial arts from China takes an orphan from England under his wing and train him. The patient teacher spends years educating the boy and does it for a reason: Eliot will outgrow his mentor and become a fighter of the highest level. 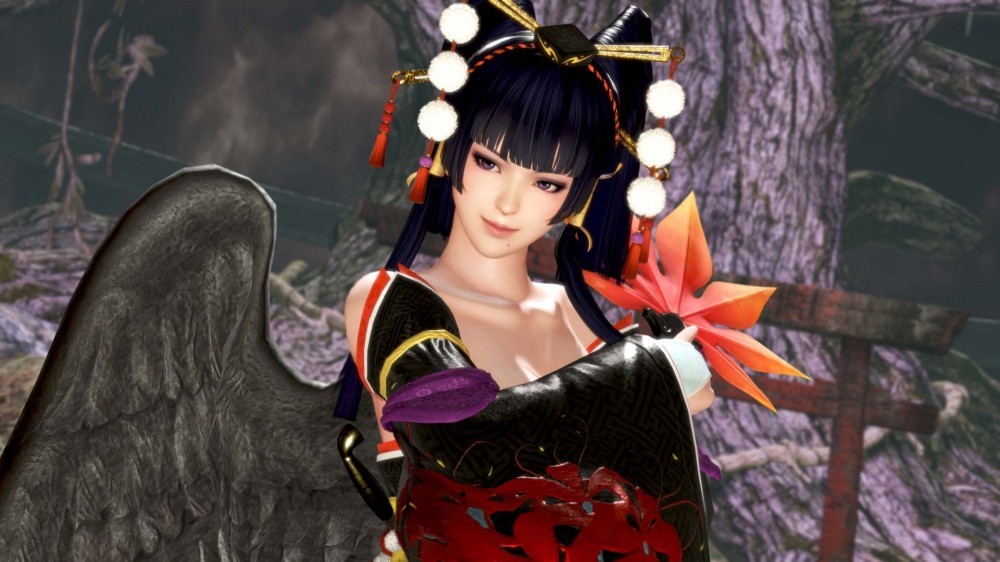 Queen Miyamyo looks like she is under 25, but in fact this beauty has been living for more than 10 centuries — 1018 years. The incredibly strong and gorgeous Nyotengu has a thousand years of combat experience behind, so she can become an insurmountable obstacle to anyone, even the most powerful fighter. MIST labratory is famous for its countless human experiments. Once, they decided to grow up a warrior so she can kill even gods. The codename is Phase 4. This is the first person to come out of scientists' test tube — the girl has been created with the sole purpose of bringing chaos and death to the ranks of unwanted laboratory owners.

That's all for now. If you are upset with not too naughty characters' outfits of Dead or Alive 6, we hasten to calm you down. As you progress through the storyline campaign, you will get access to exclusive skins demonstrating all the... charms of game's heroes.