According to a Newzoo report, esports fans are a loyal bunch with 71% of them only watching one game. It also identifies Counter-Strike:Global Offensive, League of Legends and Overwatch as the most watched globally with barely any overlap. 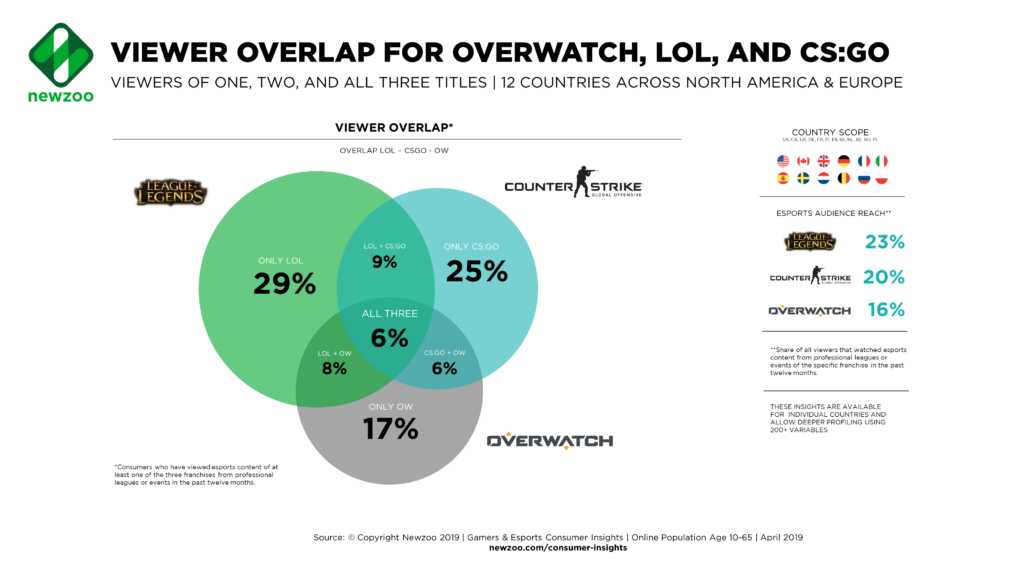 Newzoo is a games industry analyst group which frequently publishes its research to give a deeper insight into the esports and gaming markets. Talking to GameDaily, Jurre Pannekeet, senior market analyst at Newzoo explained how many esports fans tend to follow one game more than others.

“Naturally, these fans tend to hone in on a scene they watch regularly, so they know the players, teams, strategies, etc. This gives them a certain kind of connection to said scene. Most of these viewers either follow other scenes infrequently or not at all.”

In its most recent report, Newzoo categorises hobby enthusiasts into eight different personalities, of which the “popcorn gamer” and “backseat viewer” spend most of their time watching games than playing them. To emphasise this, it revealed that 23% of CS:GO fans and 26% of League of Legends fans only watch and don't play these games. Some games have a larger viewership than player base, which requires the publishers and organisers to employ specialised marketing to its esports activities.

“Utilizing esports, publishers are aiming to re-engage fans in terms of playing. Even if this does not happen, the esports fanbase is so large and engaged organizers can still generate revenue from esports fans through ad and media-driven business models,” reads the report. The nature of esports allows fans to grow strong ties to a franchise that goes beyond just watching them play matches.

“What’s more, there are still many people who like to only play games and not watch game content. The overall trend is towards game enthusiasts who play and watch, though,” said Pannekeet.

Majority of the fans of the big three the report named are players, except for League of Legends which has 32% that only play, 24% that only watch and 42% that enjoy both. In the case of Overwatch, 54% are players only, 14% viewers only and 36% enjoy both. 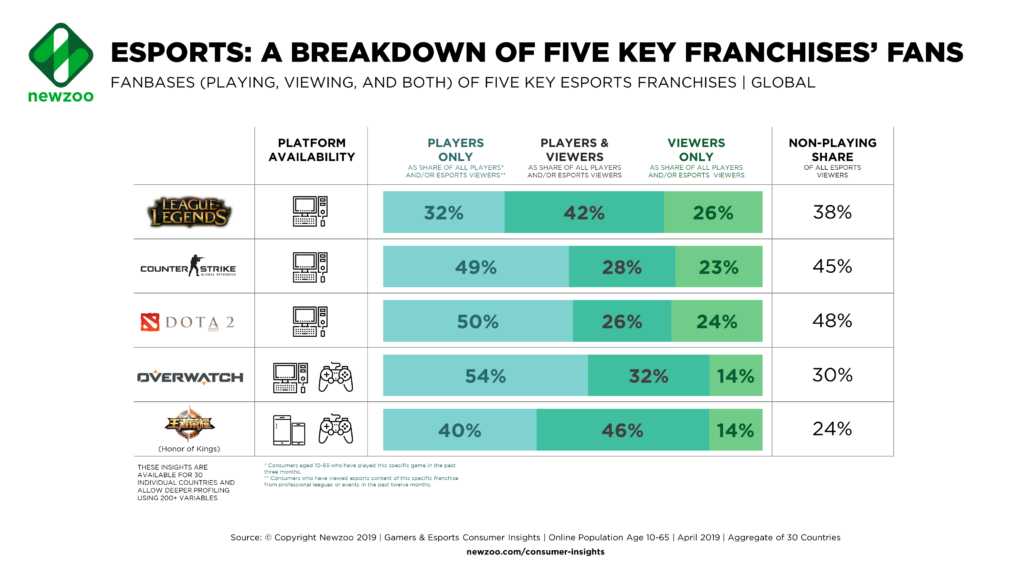 Dota 2 has the potential to join the big three while Fortnite isn't quite there yet due to the lack of the right amount of viewability and storytelling. A large number of the big three's fanbases don't actually play the game, so any other games to reach their level of viewership would need to attract that amount of attention.

Esports viewership continues to grow, contributing to an estimated esports market worth of $1 billion dollars by the end of the year, if Newzoo's estimates prove true.