The custom map appeared called Dota Auto Chess in Dota 2 on January 4th. The chess became the most popular user content in the game in just a few days. Dota Auto Chess created by the enthusiasts turned into a real phenomenon: not only Dota 2 fans play it, but also those who have never seen the Valve project in their eyes. 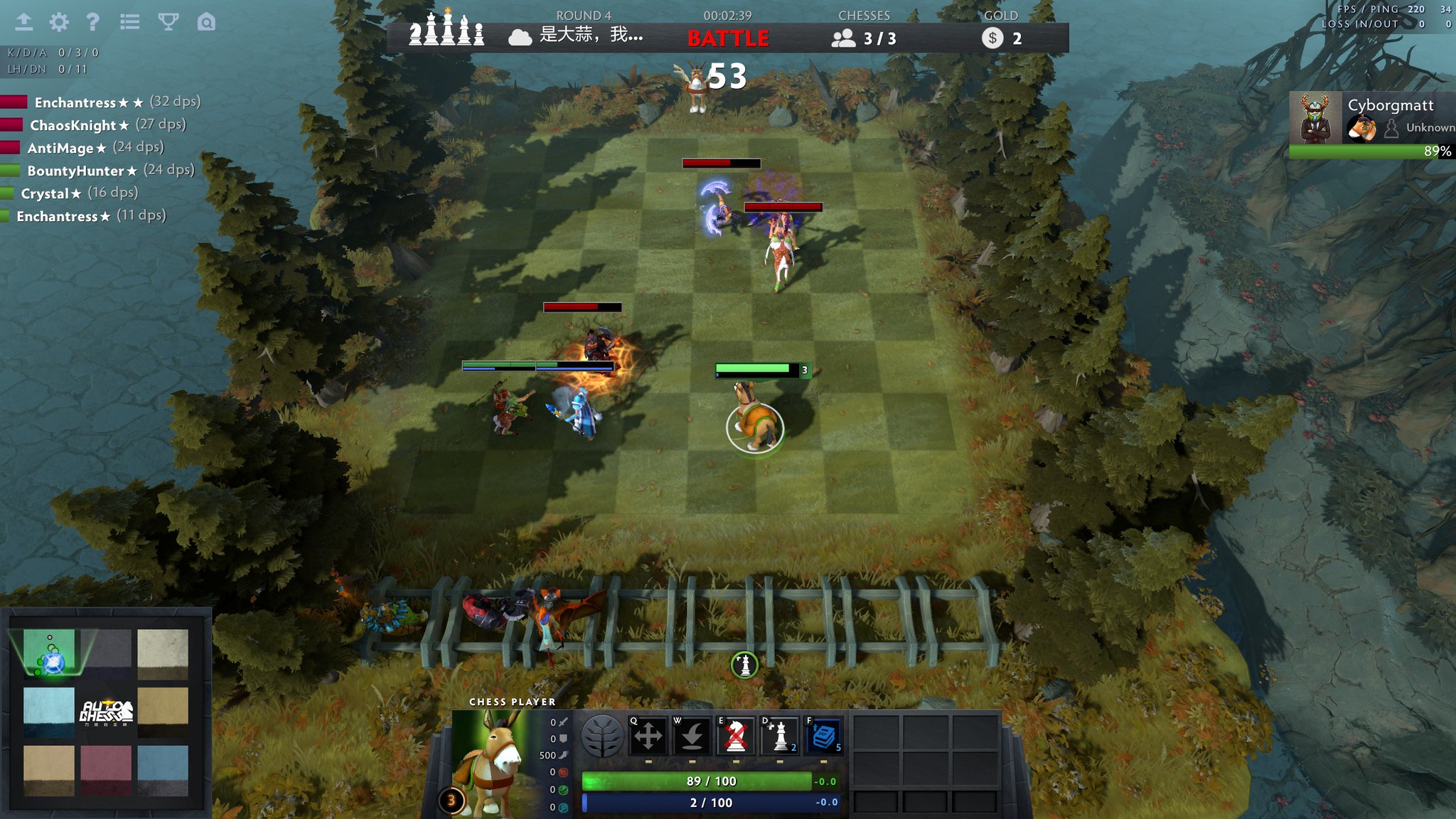 According to the rules of the mode, the player places the figures of characters on the chessboard, who fight with each other on their own. The player doesn’t control them, only observes their actions. You can buy the heroes for gold, which is given for killing neutral creeps and enemy creatures. The authors of the mod also introduced a rating system with six ranks: you need five games to calibrate the rank.

Businesspeople who decided to turn the glory of the project into real money found themselves very quickly. Expectedly, the developers from China were the first. They just copied the entire gameplay and design of the custom game, receiving accusations of stealing the author's idea from users immediately.

There will be no penalty for this, as Dota Auto Chess is not the licensed/intellectual property of any company. Moreover, such cases happened before: a vivid example is the popular Chinese MOBA called 300 Heroes, where the characters are from the anime. Also, the custom map itself is rumoured to be copied from a similar version made for WarCraft III.

The popularity of Dota Auto Chess user modification continues to grow. The number of Steam players in it has exceeded 3 million today. Reddit users assume that Dota Auto Chess performance is too high due to a bug. One of the developers even conducted his investigation, where he proved that Dota Auto Chess has 8-10 times fewer players. Using the API, he found out that only 55 thousand people and a thousand observers were in the mode. The developer believes that this bug arises due to incorrect completion of games, so the servers don’t report a decrease in the number of active players.