Wario64, the gaming news insider, has tweeted the cover of all editions of Borderlands 3, its release date and the store where the game will be sold (guess what). According to his words, the game comes out on September 13, the distributor will be the Epic Games Store.

There was no confirmation from the development studio but the first comment under the post suggests finding out all the details today, April 3, at 14:00 CET.

It should be noted that Gearbox could not find a way to make Psycho shoot himself in a third way. Studio's head manager Randy Pitchford jokingly said that the game's production was delayed precisely because the artists could not find the right idea and reinvented the concept of box art.

In addition, take a look at Wario64's insider information on the Borderlands 3 collectors edition. 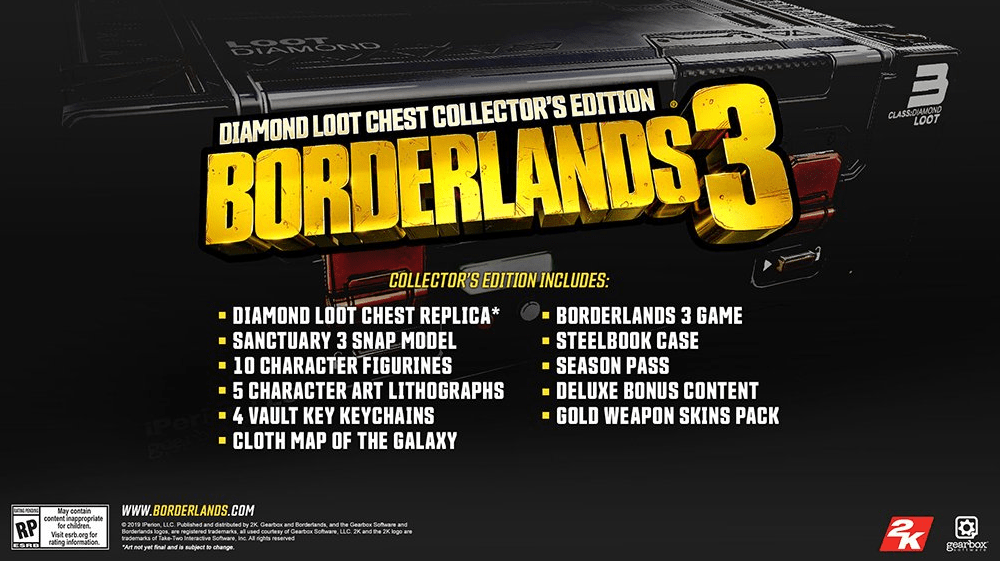 It includes a galaxy map, 5 lithographs (embossed drawings) with game's characters, a steelbook, a replica of a loot box and some in-game bonuses.

Here's the Borderlands 2 collector's edition for you to compare: 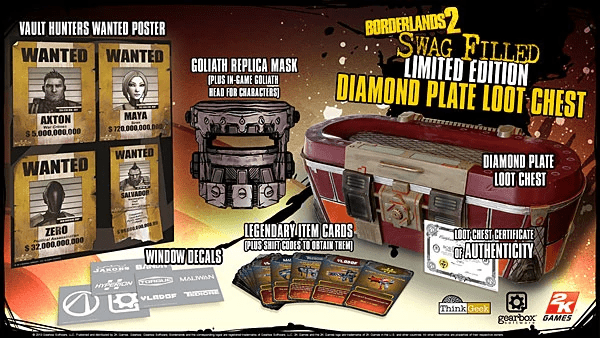