Last week, Ubisoft unveiled the first trailer for an updated version of Assassin's Creed 3, along with the announcement that it will be released on the PlayStation 4, Xbox One and PC. Now there appeared some information that the list of platforms can be expanded.

When you log in to your Ubisoft Club account and visit the official AC3 Remastered page, you can notice Nintendo Switch among the list of devices, and the same date is marked as the release date — March 29th. There are several explanations — it's either the portable console version will still be delayed for a while, or the announcement will take place at the next Nintendo Direct event coming soon we've heard rumours about. 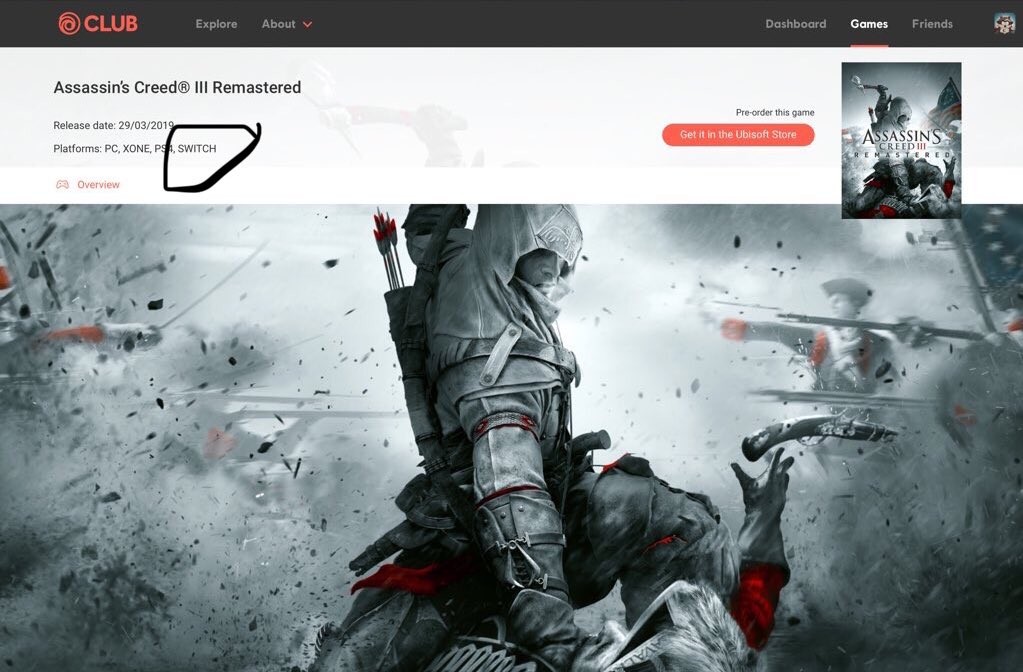