It's not a secret that Apex Legends is tearing the popularity ratings apart, not only speaking of direct competitors but also of Twitch's top-games. This Respawn's battle royale is so young and still has already beaten two records: all-time players — more than 25 million unique users, and a total of two million players online at the same time. Have you managed to at least try this game or plan to do it soon? You can always tell us your opinion on the game in the comments below.

This may be the first game in the Battle Royale genre for many of you, which means difficulties can arise right from the start. Immediately after the group formation and when you choose one of the eight characters available (not all of them are unlocked from the beginning) — the first game-changing mistake might happen. Since you're up to drop from the skies — you can either ruin your match or provide yourself with good loot, which will become handy at later stages. We describe the best points to land in a guide below. 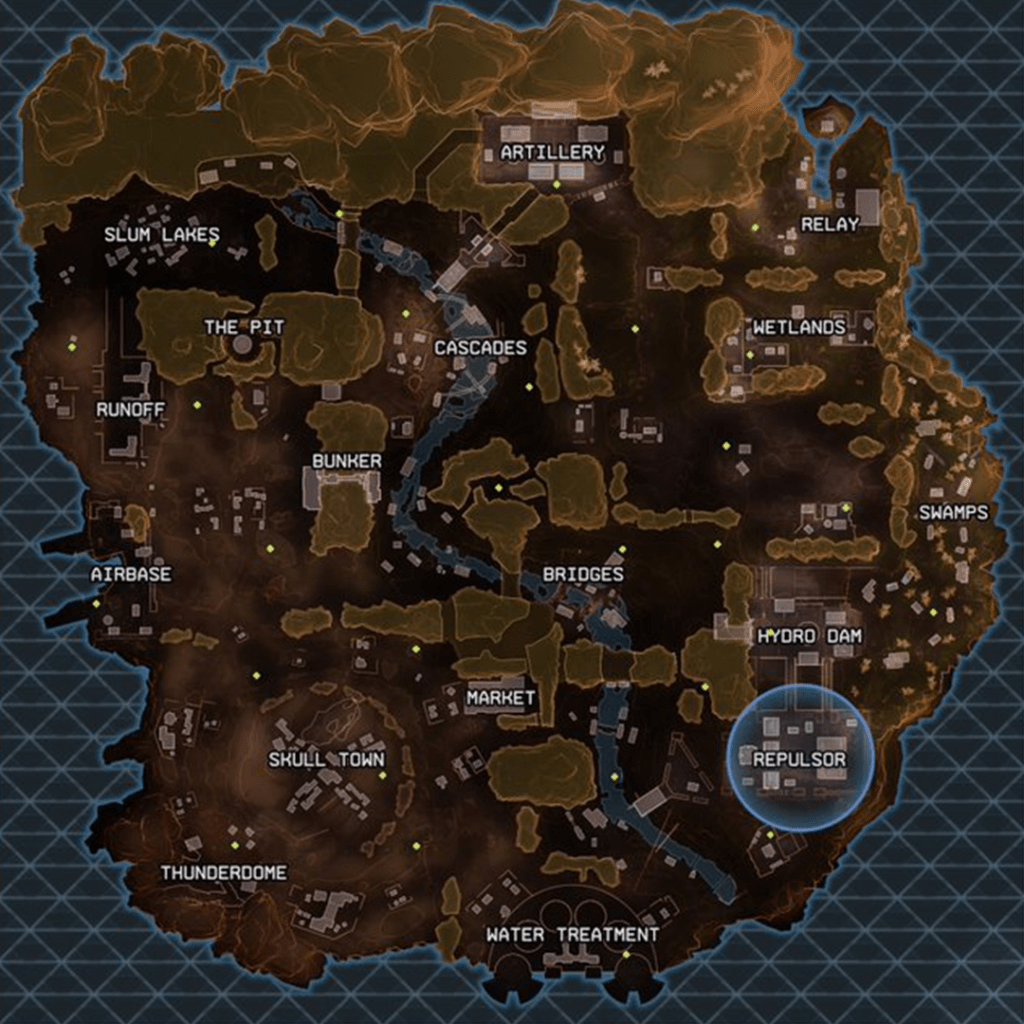 You can see 17 conditional 'areas' on the map, which are assigned with specific names. All items, equipment and weapons are randomly generated in each of them, but within a predetermined percentage of uniqueness. It means that the chance to acquire powerful guns in one area is much higher than in another. Of course, moving between them will cause — with a very high probability — an interaction with opponents, so at the time of the first battle-area reduction, you need to stock up a minimum kit in order to survive an open collision. 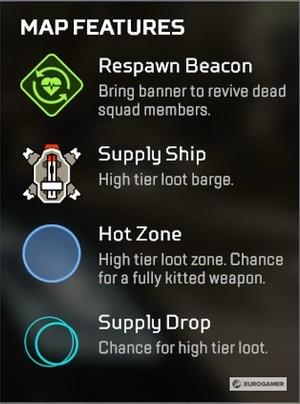 So, there are Hot Zones, which are marked with a blue glowing circle on the map at the time of landing. All the best starting loot drops there, so don't be surprised to meet a serious rebound when trying to land there. Everything is determined by the speed of your reactions and luck — don't try to defeat opponents with your bare hands, it never leads to anything good. You get additional experience points for fragging in these areas, so there is simply no better place to polish shooting skills. Not the most useful landing sites, but sometimes you are not to choose. During the, match you can resurrect a fallen teammate after selecting his banner. There are approximately 1-3 containers with equipment, sometimes the entrails are enough to equip all squad members, but sometimes there can be no weapons inside the storage at all. Also, at the very beginning of the match, you can see a supply vessel hovering in the air and this is a great point for a quick start. The chances that your team will be the only passengers are 50/50. Players do not often try to get there understanding the upcoming competition, so they choose a more protected route for later movement. It is necessary to act like with the Hot Zones. The faster you have a weapon in your hands, the more chances of survival the team gets against the less successful opponents.

In time, the ship will finish its movement and there will appear several zip-lines around it — to land successfully. Well, it is not necessary to wait for this moment, because Apex Legends does not punish for a fall from a great height. But sometimes it is still useful to wait out the starting stage aboard, when the direction of vessel's route coincides with the radius of narrowing circle. You can see the random objects' rarity chance in a particular area on the image above, but we will not analyze them all in this guide — there will be more Apex guides at WePlay!, so check the newsfeed a bit later. Still, we are going to tell you about the most interesting sites. The airbase is among them. Firstly, there is plenty of space for maneuvers, which makes it easy to knead with an enemy squad that landed nearby. Secondly, very few people choose this place to start because it is located at the extreme western point and never serves as the final stage of the match. It is likely that all the local loot will go only for your team. Another great landing site that will provide decent prey. This area is tactically beneficial in any situation, because it is located in the center of the map, which allows you to quickly regroup depending on how the ring will reduct.

One or two teams may join you on the market, but as a our expirience tells us, this is not a very lively area, despite the disposition. We recommend landing at the main building and then spread out to the surrounding structures. Another quite a good starting area — for the same reasons as the Airbase. It is easy to get to the Skull Town from here, if you want some action. Thus, you can quickly get rid of two or three enemy squads that are busy searching for each other and are not yet ready to intervene from outside. Apex Legends is just great, isn't it? The game is a true competitor to Fortnite and PUBG. We hope this guide will help you in the Outer Worlds.

And which points do you think are most suitable for landing? Tell us in the comments!