Joyful childhood memories are one of the most powerful things in a person's memory. They form the image of a future human, people return to them with warmth and trepidation, one can never achieve the same sensation because a child is more sensitive than an adult which makes the memories more vivid. Some of us first tried World of Warcraft as mature users but there were many who asked their moms (or Santa Claus) to give them the cherished game for Christmas. When Blizzard announced the launch of the official WoW Classic server a few years ago, the universe fans rejoiced. Of course, this is not the perfect Wrath of the Lich King expansion (with those imba Death Knights), but it's much better than the modernized Battle for Azeroth with Sylvana doing everything she wants.

Tired of the ups and downs of everyday life on the farm and the evil fate, I decided to leave the house and my sick soils. Thank the Light, it was only a few weeks on the safe road to Stormwind. Me parents died from an unknown plague when I was very young and the priests ordered to burn their bodies. Can't even guess why but it's better not to argue, their faces were very tense. I don't have a wife and children because I spent too much time on the household that had befallen on me shoulders. I took my father's sword, sharpened it, crafted a small wooden shield and hit the road.

Disk unpacked, launcher installed. There is a 16-digit code on a glued piece of paper inside the box: the starting monthly subscription. Oh, wait a second. First, download Battle.net, use the credit card to pay for a subscription ($15) and initiate the downloading.

WoW Classic is about 4 gigabytes of disk space, which is more than it was. But now, after just a couple of minutes even with not the fastest connection, you can start the game. And believe it, the game will have time to download until you get to the next location. It doesn't matter if your PC is powerful or not, if you are an adherent of gloss and blur or a supporter of square polygons (maybe gloss and squares together?) — WoW Classic allows you to choose the settings you will find pleasant and convenient. It does not freeze, there are no glitches, you won't fall under the ground. Visually, the game looks exactly as the user wants because of the freedom of choice: old school or BoA-ish. And this part pleases. 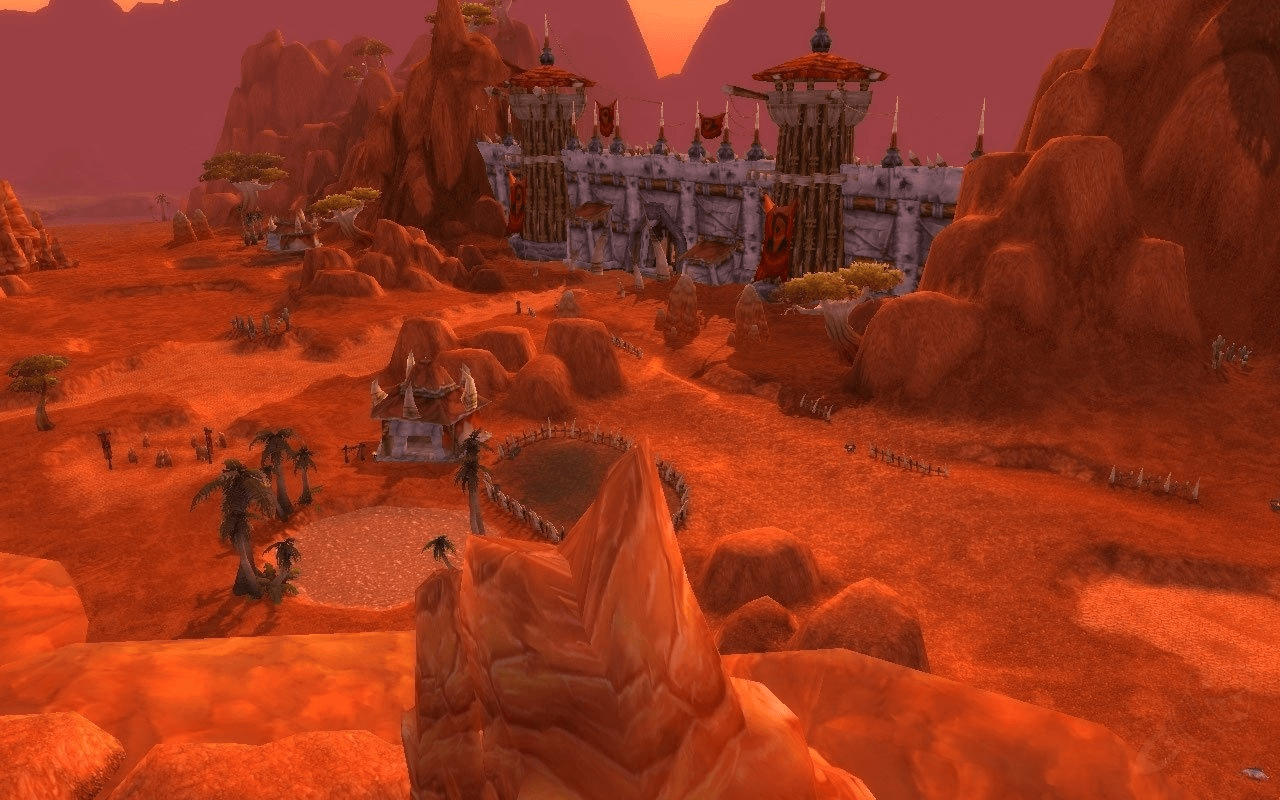 Stone landscapes of our capital appeared in the distance. The new life. I decided to ask the guard for advice at the border gate. He immediately assured me: in Stormwind, everyone is busy with something very big and nobody will care about me, which guarantees that I will be a street beggar until the end of my days. However, he noticed my muscles and said that there were wolves in the Abbey near the city and kobolds went raging. Well-to-do preachers can also pay with a coin for help. So, I moved on.

However, logging on to the server is quite a problem. Despite the abundance of available options, almost every realm requires the player to be patient: stand in line, wait until your queue arrives. Perhaps this is only the problem of launching the project and the worldwide hype: absolutely all people on the planet play WoW Classic at the moment, and the game is breaking records on Twitch. Of course, two or three months will pass and the population (and popularity) of the game will decline, but Blizzard should be praised for the prompt creation of additional servers to unload queues.

Playing at the start is not very simple since almost every mob is already busy with someone. Of course, this makes it easier to find parties for quests, but what if you are a lone gamer who is more interested in listening to podcasts or Low-fi beats when playing WoW? However, Blizzard took care of the heavy load: the mobs spawn pretty frequently — if it were just in the true vanilla, people would line up not only for NPCs and bosses but also for ordinary kobolds. 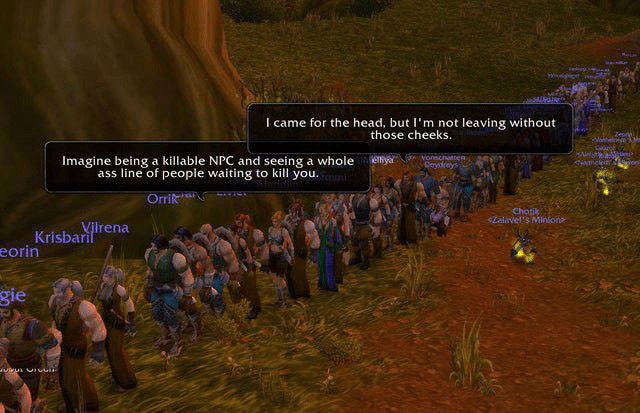 The Abbey actually needed help. The local guard chief, Marshal McBride, was pleased to enlist my support. At first, I forced the wolves away, then I visited the abandoned mine to see the kobolds. Funny creatures they are. But it turned out that the Abbey's biggest problem is that they cannot make vine! The bandits have occupied the vineyard. However, I figured it out. The bandits were kind of frail. Carrying the severed leader's head is not a pleasant thing to do. But a bag of coins for his capture brightened up all the inconvenience.

The gameplay in World of Warcraft Classic is what it was worth waiting for. Old-school gaming fans will be satisfied with everything: no task markers, NPCs with quests are not highlighted on the map, you need to search for the boss yourself, and ask a priest to buff you also, your health regenerates very slowly, you need to upgrade your weapon proficiency, the add-ons must be installed through a specific separate launcher, there is no quick search for dungeons, etc. But isn't that the greatest happiness? Yes, WoW Classic can be safely called an immersive-sim. When you get a quest, NPC tells you: head south, use the road across the bridge. And you go all by yourself, without setting the auto-path. The reward will be an NPC, which stands apart from the road — it could not be noticed at first.

Choosing a character for such a game is essential first of all for yourself. It's up to you to play with the character and die in the dungeons. Yes, humans have a passive innate ability for diplomacy but will they really make a good warlock? Levelling up is really that easy, true. You will get 10 levels fast, but then... The enemies will become stronger than you, much stronger. And there are a lot of them. An old wise man once said: only a real trickster can pull out a murloc not aggroing the rest of them from nearby. 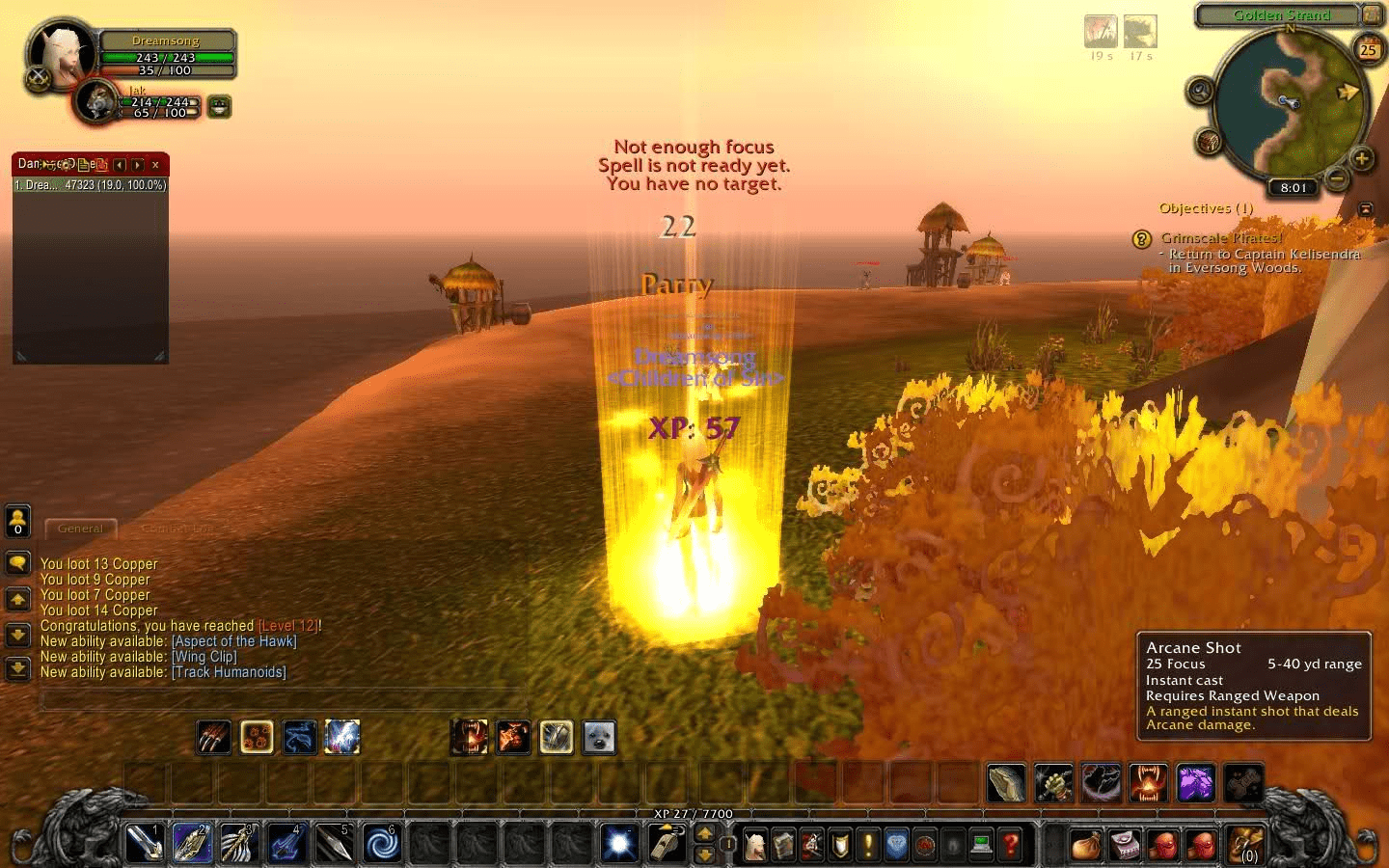 You can hear the sound.

Marshal McBride said my assistance has immeasurably helped the Abbey. However, there is another task for me: I need to take some documents to Goldshire and help with problems in Elwynn Forest. Well, I was only glad to do that. Marshal unfolded a sheet of parchment and began writing. When finished, he left a signature below and packed the scroll with a seal. "The bearer of these documents is to be awarded Deputy status with the Stormwind Army, having served Northshire with eagerness and distinction. I am confident you will find this person useful in Elwynn Forest," was said there. Marshal didn't know that I could read. My mother taught me when I was a boy.

People are a fundamental part of WoW. The entry threshold is not very great, and today, unlike in 2006, it is easier for children to pay for a subscription. And contrary to the trends of both World of Warcraft itself and other currently relevant MMORPGs, Classic is still a more hardcore representative of the genre. And it's hardcore not because the levels progress slowly, the bosses are too complicated, there is no arrow marker like in Skyrim, but because if you don't have any kind of sacred, warm feeling of nostalgia and an adventurous spirit moving you forward, you will just get bored playing this old-new game. Blizzard successfully realized the idea of making a remake, due to the solvent generation grew up and took shape almost completely, and the old-school players would gladly return to vanilla Azeroth to get those sentiments they received in their youth.

I went to Goldshire tavern. Wow. It's great here. The haven of travellers, guards, rascals, good-looking chaps, magicians and all kinds of creatures of which I could never have imagined. But the exhaustion knocks me down. The local guard ordered me to go reconnaissance at a mine nearby early in the morning. This seems to be a good new beginning. I gave the innkeeper a handful of coins for a small room on the second floor, slumped on a dusty bed and instantly fell asleep.