Blizzard has officially announced the exact day WoW Classic returns – the “vanilla” servers will open the floodgates on August 27, 2019. You’d rather set a reminder to send you a notification in advance, although it’s highly unlikely that there’re any devoted fans of World of Warcraft capable of missing such a glorious date.

The time when WoW Classic will launch in all the major time zones can be found on the attached image. But first, the developers will hold a closed beta test and a series of less entertaining stress tests. Starting today, select players are going to receive invites for the beta test directly from Blizzard, while the stress ones could be reached be a slightly wider audience. The very first stress test is scheduled to run next week. If you are feeling lucky, you can opt-in for beta testing, but only those with active playtime and a WoW subscription can participate. The devs do warn that applying for testing does not guarantee that you will be selected – neither do the aforementioned requirements are the only ones. There might be additional factors for Blizzard to choose players. 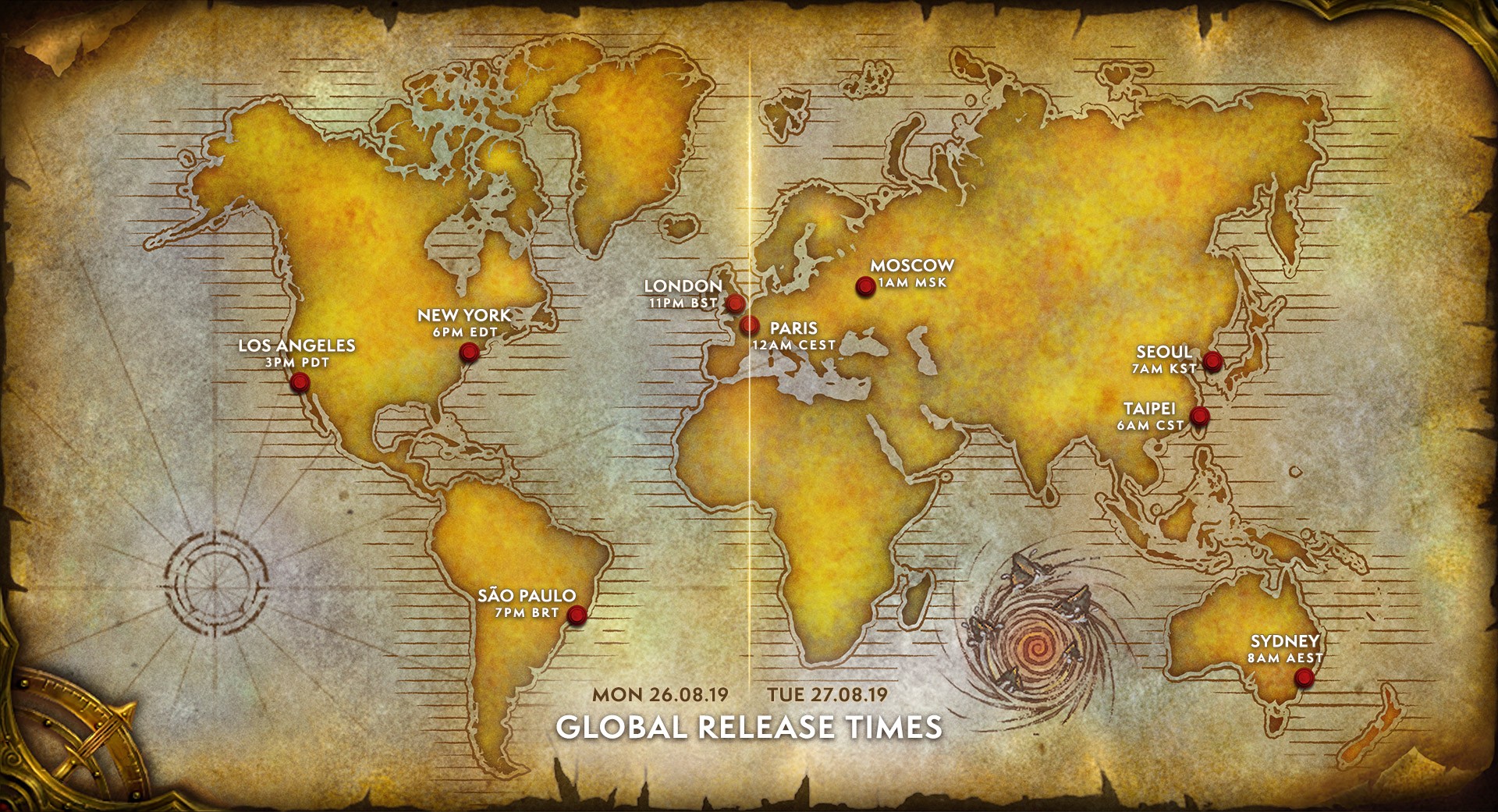 You can view all the relevant information regarding WoW Classic via the link – and there’s even a countdown timer leading to the launch day. You’ll be able to create up to three characters per account for the “vanilla” servers starting with August 13.