World of Warcraft – the coexistence of Classic and modern lore

World of Warcraft – the coexistence of Classic and modern lore ⚡⚡⚡ Esports and gaming news, analytics, reviews on WePlay! The latest news on WePlay!

We know exactly what is on your mind right now – or at least, what should be. It’s World of Warcraft Classic, of course – arguably the biggest event in the gaming industry in 2019. The game loved by millions is returning to its former original glory – and many of you who have abandoned World of Warcraft throughout the recent years because of Blizzard’s missteps, are once again choosing between the Alliance and the Horde. Well, actually, there’s no real choice, is there? Lok’tar ogar! However, in this very article, we’d like to discuss the current state of WoW’s lore, which has drastically changed since the old days that are being brought back by Classic’s release.

Too old for this?

So, what’s happening right now with two clients of Word of Warcraft simultaneously existing? The history of the lore has made a loop and presented two fairly similar types of setting, which are both currently available for players. While in regular Word of Warcraft, we are once again witnessing the Alliance and the Horde clash with each other, Classic brings back to life the initial conflict between the factions. How it all started back then? Well, while both factions were growing strong and inviting new races to join them, an old-new dangerous threat reappeared to put at risk the very existence of all beings of the Warcraft realm – Ragnaros stepped on the ground again. Interestingly, he did somewhat of a great job since his invasion led to uniting the forces of the Alliance and the Horde in order to defeat their common enemy. That was the critically acclaimed plot of WoW in 2004.

After Warcraft 3, Blizzard gave the fans an opportunity to properly enter and experience the fantasy world the studio had created by then.

It was then when World of Warcraft was a fascinating experience – both story and gameplay-wise. It was a demanding game where you actually needed to unleash your potential in order to progress further – and its early implementation of social interaction forced people to search for new trusty pals to take on adventures together. The game started changing drastically with the release of The Burning Crusade – the first major expansion, which altered some of the core mechanics and paved the way for future modifications of the initial meta. Many of them eventually turned most of the hardcore fans away – it was no longer the game they admired, and that’s why the release of World of Warcraft Classic is such a big deal. The second advent of the original version catches that long-forgotten sweet spot when World of Warcraft was indisputably the best MMORPG on the market. 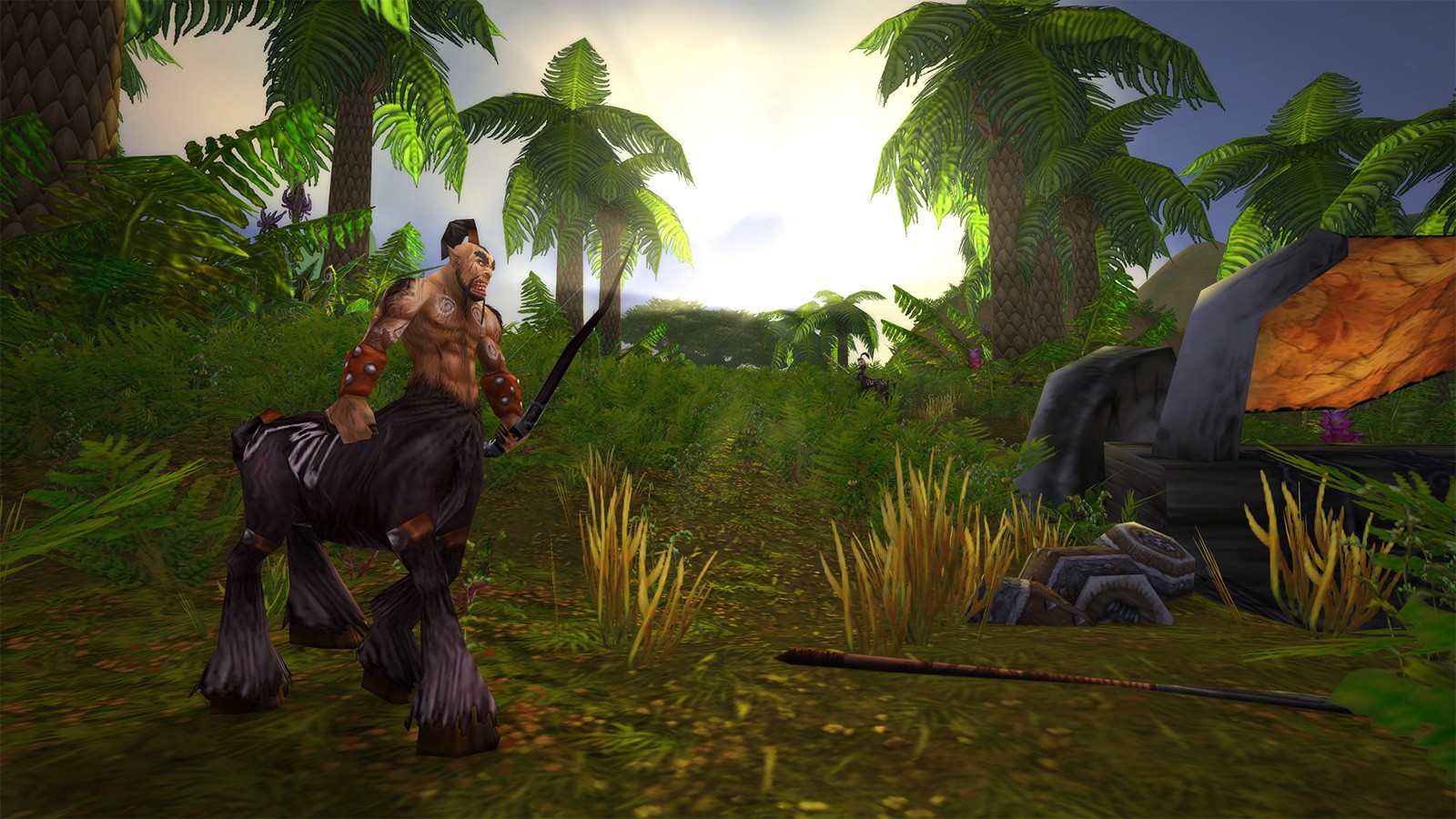 When we said that World of Warcraft has changed beyond recognition – we actually meant it, although it’s pretty much in regards to the gameplay flow. In terms of in-game lore, Blizzard hasn’t come up with anything revolutionary new since the release of the first expansions – the latest add-ons featured the same conflicts and antagonists as before. Take for instance Legion and Battle for Azeroth. The former reintroduced the Burning Crusade once again – as if the World of Warcraft community hasn’t had enough of it before. The latter went even further in terms of staying in place – even the concept art of Battle for Azeroth served as a throwback to the original box art of World of Warcraft. It’s the war of the factions all over again – but at least we were treated with some exceptionally great cinematics. Looks like the devs misunderstood the players’ request for “going back.” And Azerite? For real?

Regarding the modern lore, World of Warcraft has nothing more to offer other than bring back old characters and plots again and again.

With Blizzard constantly repeating itself, it quickly became clear that the only Battle for Azeroth the players actually wanted was the initial one when the game released to the overwhelmingly positive reception – and a well-deserved one. Fans have been asking Blizzard to reopen vanilla servers for quite some time, and we have to admit that the developers did a great job at both listening to the players’ desires (finally!) and fulfilling them. Well, you can’t ignore your community when you have to prolong the life cycle of your most successful title. Word of Warcraft Classic is a proper original client with all of the gameplay mechanics and features that have long been abandoned because of the expansions. But what’s more important, it welcomes us back to those days when we were desperately trying to make the right choice between the Alliance and the Horde. 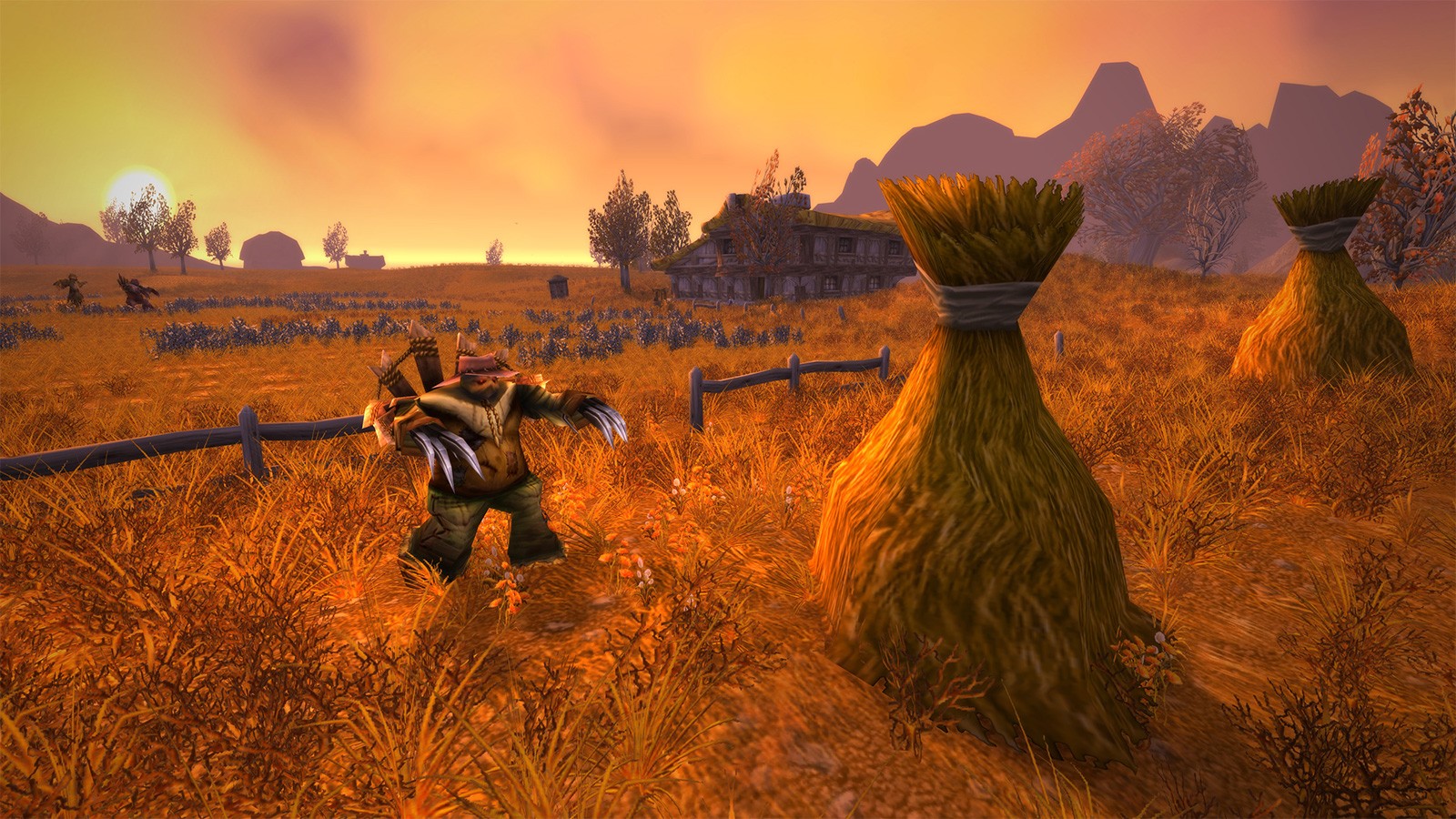 Lore-wise, Classic retells all of the events, which were included in the original game. In other words, there’s no trace of expansions. This version differs drastically from the Battle for Azeroth; while the constant flow of expansions was gradually bringing the changes to the game, Classic simply denies all of them at once. And the unfolding story is a true masterpiece since Classic recreates the times when Blizzard was still full of talented and creative people with a reasonable understanding of how the universe of Warcraft works. The game also captures the patch-based release schedule of new adventures and story raids, although the overall balance is set to the point of 1.12.1 version – the one right before the release of the Burning Crusade. That’s right – the sweet spot.