Dota 2 is one of the most popular Multiplayer Online Battle Arena (MOBA) games, which appeared due to the incredible popularity of one of the mods for Warcraft III.

Dota 2 is one of the most popular Multiplayer Online Battle Arena (MOBA) games, which appeared due to the incredible popularity of one of the mods for Warcraft III. Despite the fact that it was released in 2013, even now it is incredibly popular. It has gone beyond a game and became a full-fledged esports title with millions of players and fans around the world. People watch live broadcasts at home and in sports bars. Offline tournaments pack entire stadiums, and tournament prize funds reach tens of millions of dollars.

Dota 2 is played by two teams of five players. Each participant chooses one of the 117 characters available in the game. All of them differ in their stats, skills, and role on the team. For example, there are characters who have to tank the bulk of damage during a fight; there are those who have to deal as much damage as possible; and there are support characters who contribute to various aspects of the team.

The game's objective is to defeat opponents by destroying the main building on their base. It's not that easy to do because each of the three passages to the base is guarded by three defensive towers. The key to victory is the correct selection of characters, artifacts, tactics, strategy, and tempo.

Who plays and watches Dota 2 broadcasts?

The audience is different in each region but mostly, Dota 2 players and fans are under 35. For example, if we talk about the USA, then Dota 2 is played by a more adult audience. In the CIS and the European countries, the audience is on average 5 years younger. If in the USA the audience is aged between 28 and 32, then in Europe and the CIS the fans are 23–28 years old. In Asia, people of all ages play Dota 2. About 20% of the total game audience are women.

The entire Dota 2 audience is socially active and solvent young people. They are interested in visiting offline championships, buying merchandise. Dota 2 fans are not strangers to other ordinary joys of life like parties, movies, TV series and books.

How popular is Dota 2 in the world?

You can understand how popular Dota 2 is only by looking at the statistics. The impressive viewer, active player and the cosmic prize pool numbers impress any skeptic.  Some important stats are following.

The audience of Dota 2 tournaments ranges from tens of thousands to hundreds of thousands, and in some cases to millions of spectators. For example, at one of the most notorious Dota 2 tournaments – The International, the number of spectators peaked at 925 375 in 2017,  1 205 979 in 2018, and hit an all-time record in 2019 by reaching 1 958 497! (According to Esports Charts, excluding data from Chinese platforms).

As for the prize funds in Dota 2 tournaments, it is important to note that they are among the largest in the history of esports.

Can a brand be activated through Dota 2?

Sure! Any brand that is interested in interacting with this audience in moments of high emotional involvement, has the opportunity to be integrated into Dota 2 tournaments. In addition, the audience of this esports title prefers native in-game integration and is loyal to the brands seen in the game. You can find out more about tournament brand integrations here.

In-game integrations are different in various esports titles and depend on the possibilities of the particular game. If you consider integration into a CS:GO map, it will be different from a Dota 2 integration. For example, CS:GO allows integrating the brand logo into the game graphics.

It's impossible to do that in Dota 2. However, it opens other opportunities. Unlike CS:GO, all Dota 2 characters have their own background. And it allows creating a variety of SFM commercials, seamlessly blending the brand or its product in the character’s history.

Dota 2 tournaments by WePlay! Esports are distinguished by their special drive and fascinating history. The recent WePlay! Reshuffle Madness is a great example! 18 European teams took part in the event; the prize fund amounted to $50,000; and the studio was transformed into a cozy beach resort with loungers and cocktails. 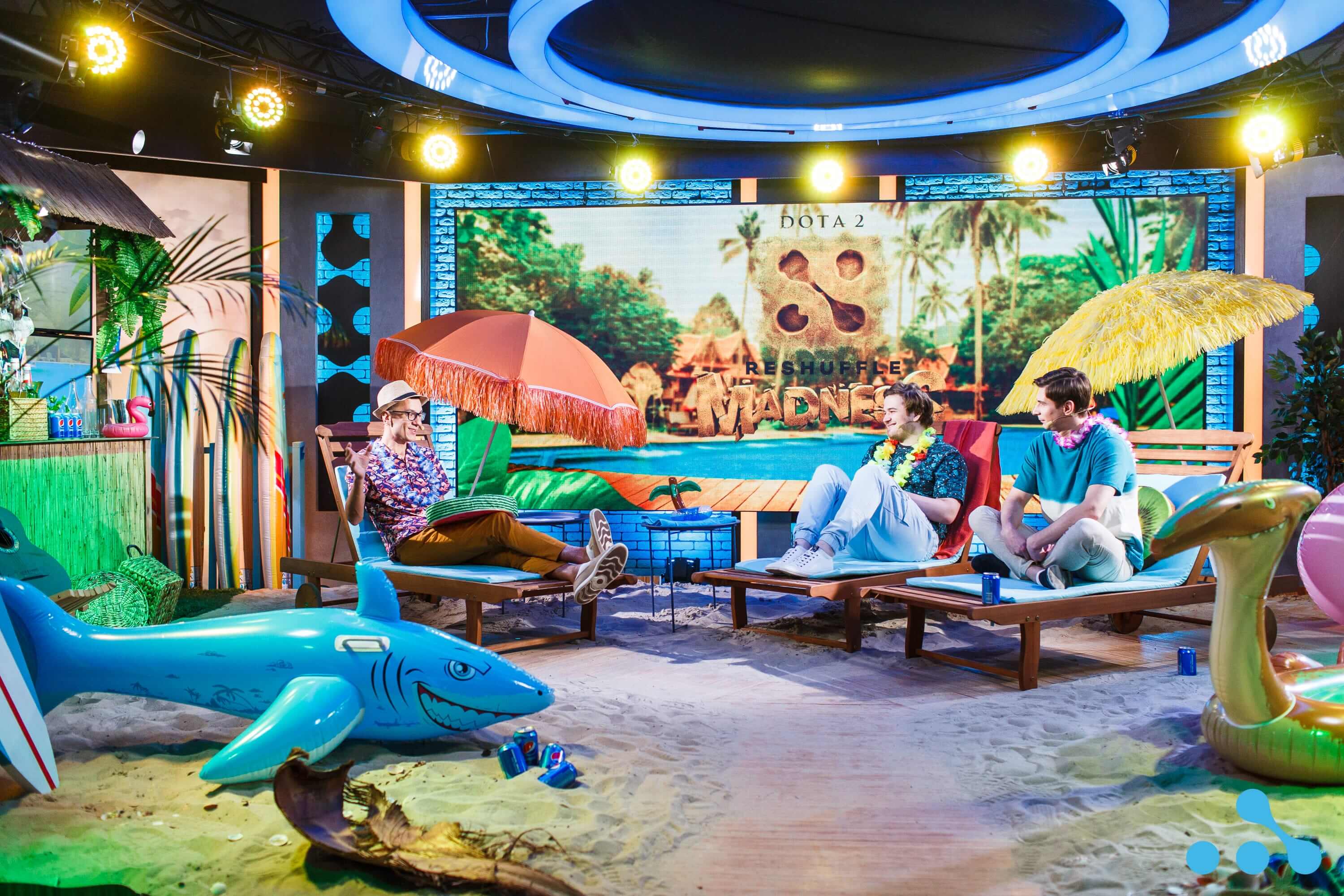 We don't just integrate brands into esports titles – we make shows that are remembered by viewers for a long time and attract maximum attention to a partner.

Do you want to add young gambling fans of esports to your target audience? WePlay! Esports will show your brand in the best light to millions of eyes.