Tonight, WePlay! Tug of War: Dire is finally set to start – the teams from Asia and America are about to start the first fights. We couldn’t miss the chance to share with you our predictions with the invaluable help of 1xBet. 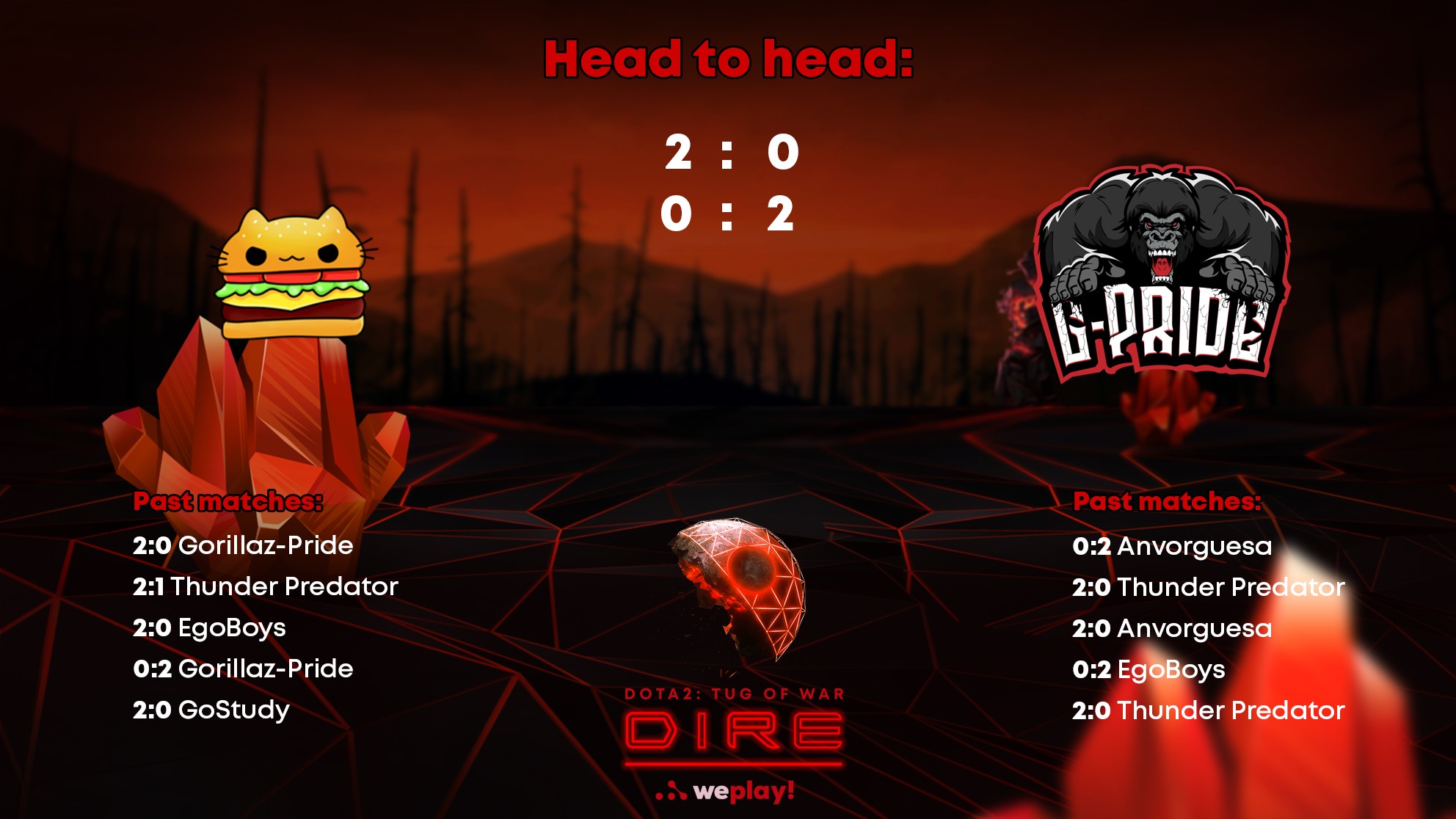 Team Anvorgesa is a fresh mix of North American players. They were trying to qualify for the latest major of the current season under the name FreeStyle, but couldn’t get through the group stage. After that, the team faced a reshuffle – Stinger and Jericho replaced Dunha1 and Duster. The results were significantly better; the team rebranded as Anvorgesa and got itself a place on Kiev’s Minor through open qualifiers.

Gorillaz-Pride is another fresh mix, which gained more success during Epicenter’s qualifiers. There were high expectations for them at the Minor’s qualifiers as well, but the team slipped a step away from the desired result and didn’t qualify for the event.

Both teams have just started their way in competitive Dota 2; however, they’ve gained the first success and showed good results in their region. It’s rather hard to pick the favourite one in the pair, as they have a record of defeating each other. Moreover, the newest patch might bring in the element of surprise. Team Angorvesa seems to be more self-assembled and promising. We can expect three maps during the standoff; the latter team has the potential to make significant plays at the tournament. 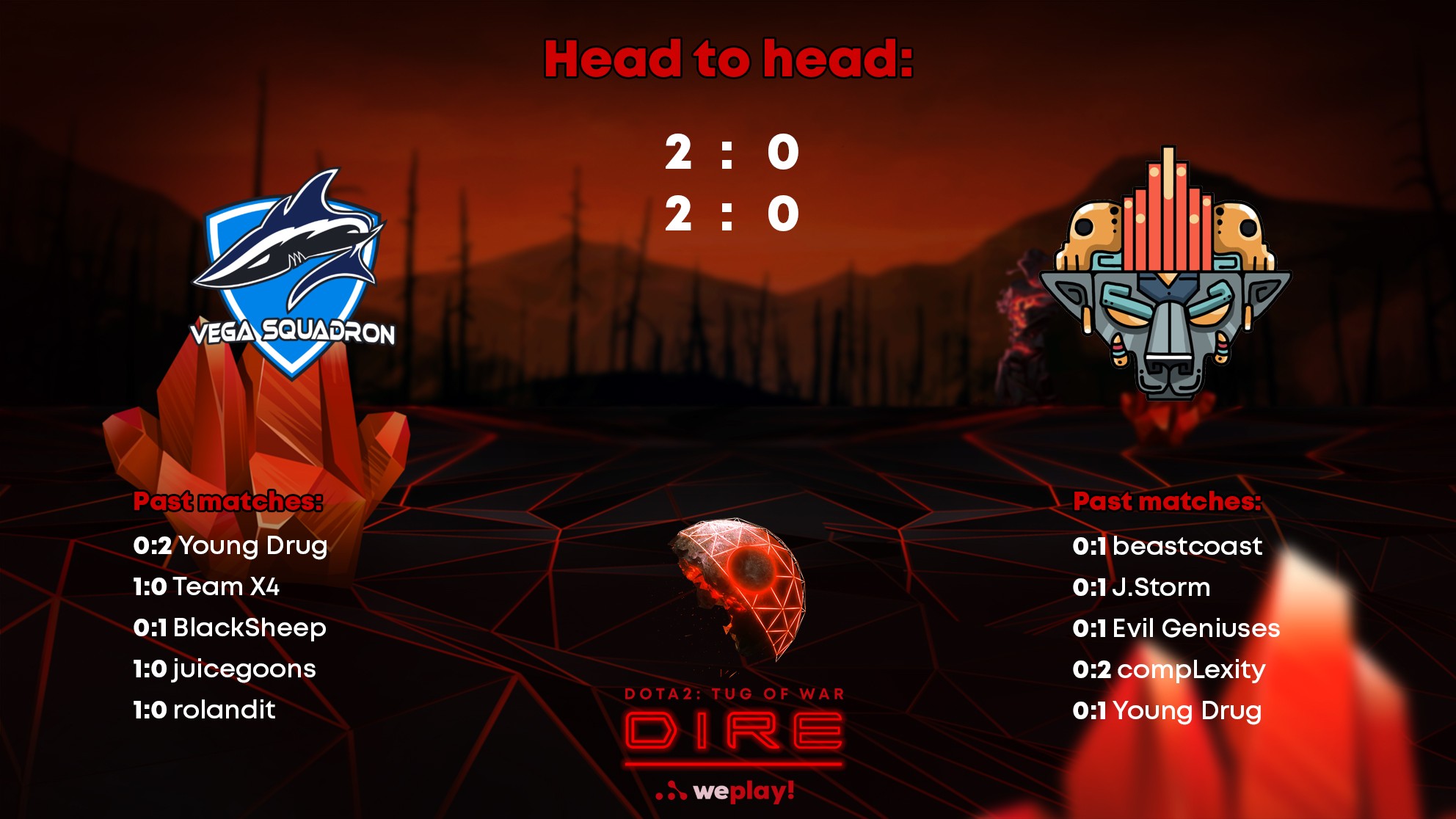 The current line-up of Team Xolotl has spent quite a long time assembled together; Raykill is the only new player who arrived a month ago. They are constantly participating in qualifiers for all the Minors and Majors, but they haven’t made any success in that direction yet. The problem is not only the absence of a much-needed experience but also the ping – they are playing from Mexico after all.

Vega Academy is an experiment by the team Vega – and not a successful one. They’ve shown a fairly weak performance in the American region, and most likely, they have no future there.

It should be easy for Team Xolotl to confidently defeat the opponent thanks to greater experience and better team play (despite what we’ve said about them.) The previous match-ups of the teams ended in the favour of Xolotl, so it’s safe to say that there won’t be a difference this time. We expect the Mexican to win 2:0. 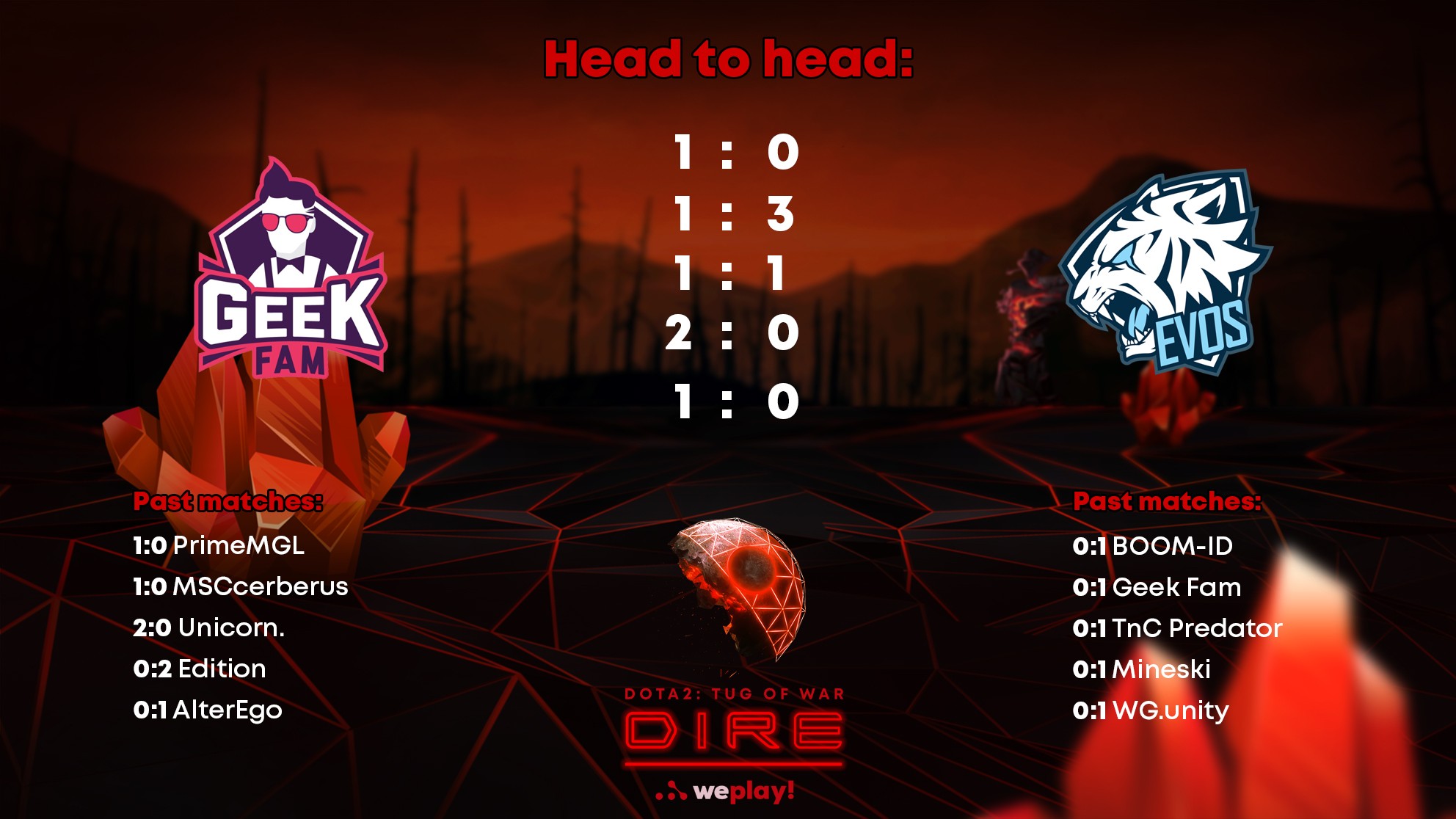 Geek Fam was established right before the Major qualifiers, where the team didn’t show anything notable. During the open qualifier for the Minor, they weren’t able to deal with Mineski, and the latter team won the journey to Kiev. Despite the fact that Geek Fam has fairly strong and experienced players Mushi and Raven, the overall line-up is weaker in comparison to other teams of the region.

EVOS Esports has had a stable line-up for a long time, although it didn’t help them succeed in the region. The young blood represented by inYourdreaM didn’t help the situation either.

Judging by the shear fact that Geek Fam has players that are more skilled, the team should win the opponents. The previous match-up ended as expected, so it’s unlikely to see any surprises now. We’d love to believe that the fight will be tight, but that’s not the case. 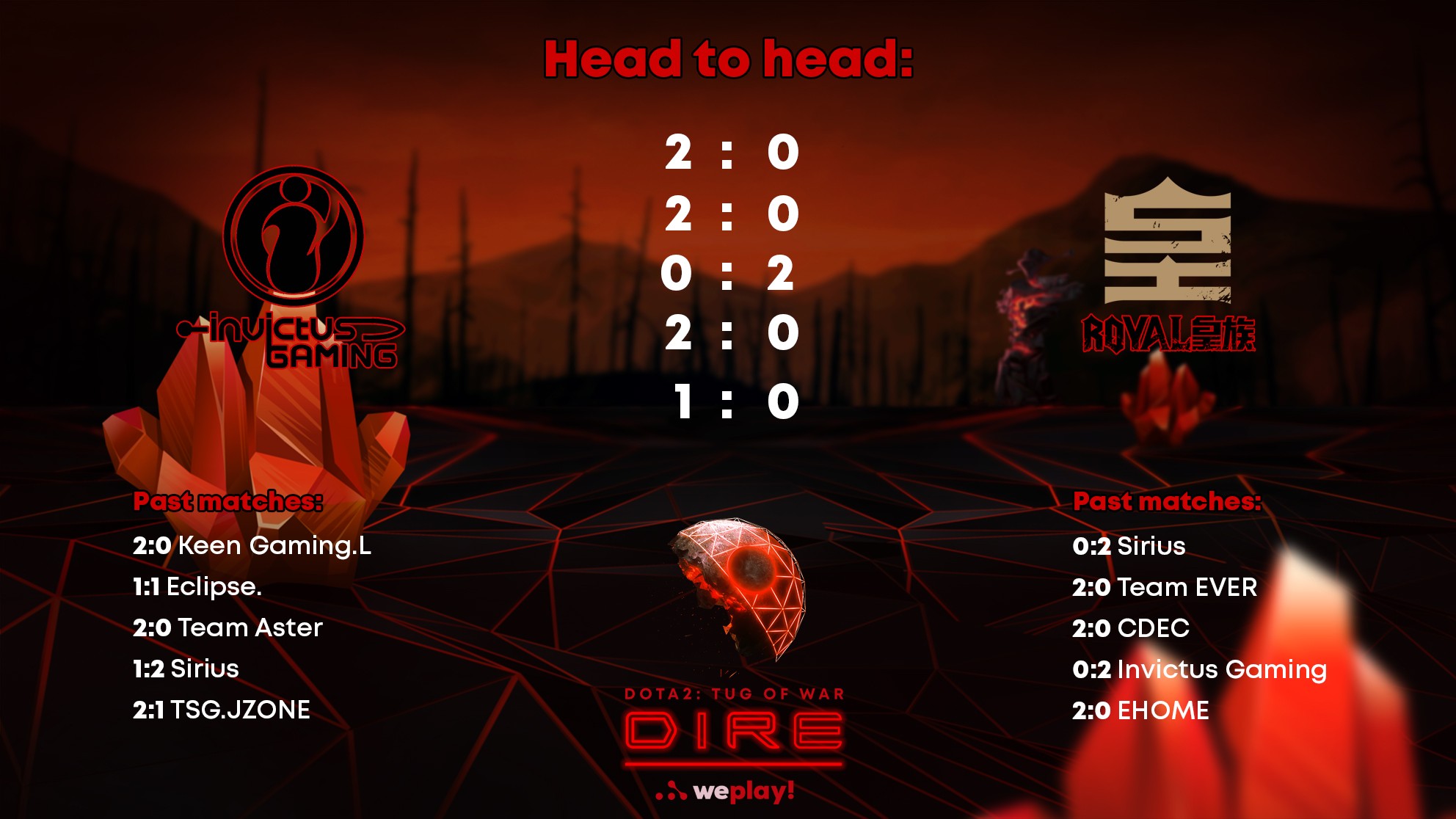 The world famous clan tag Invictus Gaming has lost its fame nowadays. The absence of a fairly strong line-up leads to situations where the team struggles to get through the qualifiers. The skeleton crew has been together for half a year, but a noticeably lower level of skill drags the team towards the bottom.

Currently, the second line-up of Royal Never Give Up with experienced players ddc and Op couldn’t achieve any significant results. The mix of the young blood – and of expertise one – simply doesn’t work for now. We don’t expect anything surprising from them.

The previous meet-ups between the teams ended up in the favour of IG; however, Royal could’ve improved their play style since those times. Apparently, that’s the reason why they scored higher than the opponents at the Major’s qualifiers. We believe that Royal would fight until the very end and we’ll see three maps – but the result will be the victory of IG.