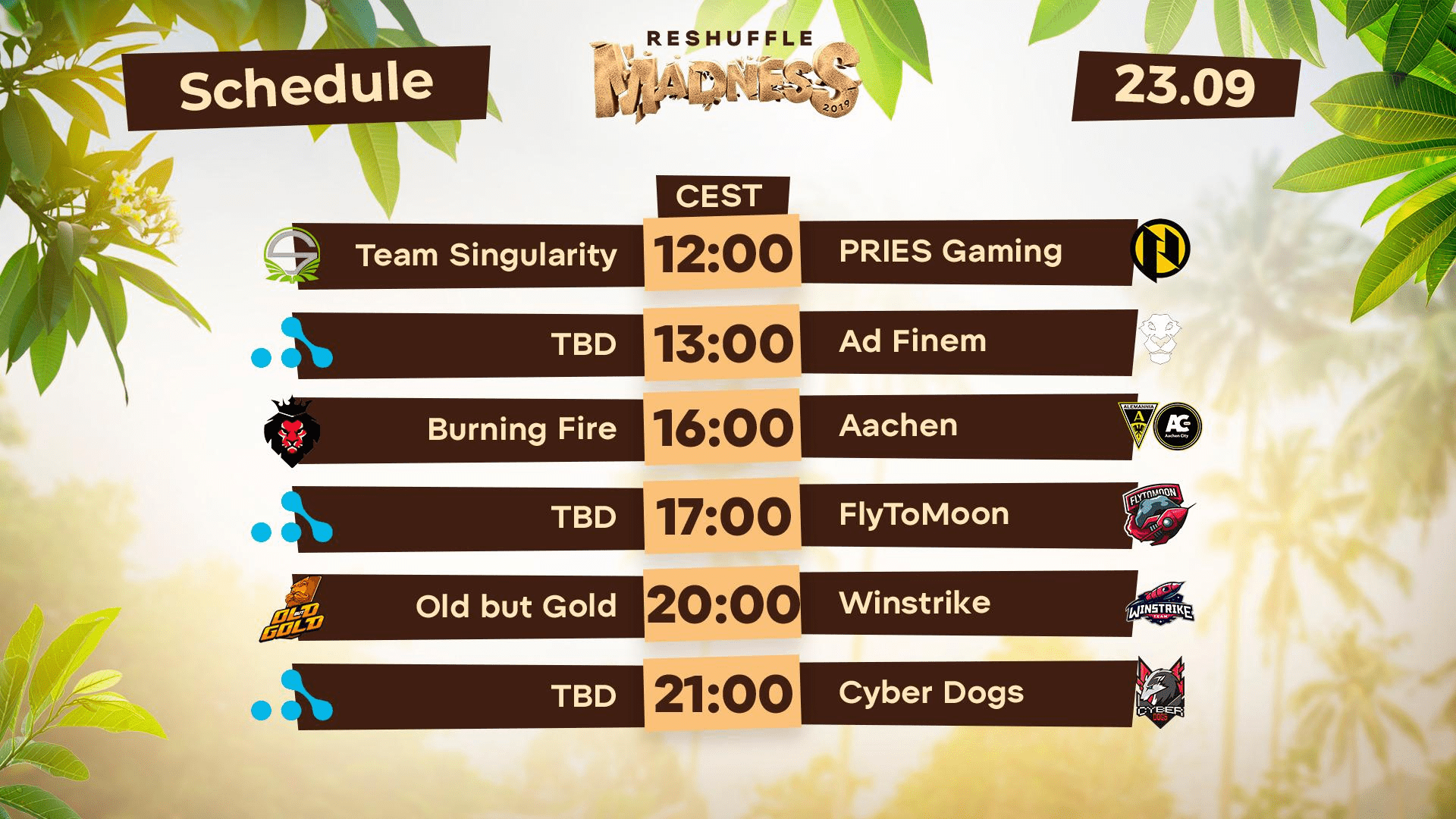 PRIES tried their best and fought hard against Uvajenie.Hope. At the same time, Team Singularity couldn't do anything against Ad Finem. Looks like PRIES is more hungry for a win. That's why we choose them.

Let's be honest: we all love when the ultimate underdogs fight their way to the top against all odds. The bad news is this is not going to be the story of Burning Fire. Aachen City Esports is the clear favourite here.

Winstrike has surprisingly lost to CyberDogs mostly due to outdraft: CDogs drafted strong heroes and executed their pick on a decent level. ObG has only started gaining their form but the progress is too slow. Winstrike is one step closer to the perfect shape, so we choose "the Rockets".

The official partner of WePlay! Reshuffle Madness 2019 is PariMatch.

Make yourself a Dota 2 style cocktail according to our guide, rate the tournament trailer and visit our Twitch channel every day until September 28th.