WePlay! Forge of Masters — the emblem and teams revealed

WePlay! Forge of Masters — the logo and teams revealed ⚡⚡⚡ Esports and gaming news, analytics, reviews on WePlay! The latest news on WePlay!

Eight teams and only one winner. Fight those who are equal in strength to become better. Forge of Masters. WePlay! League is a tournament for CIS teams that want to break out of the regional competition. Ambitious challengers are seeking for a way to upset the balance of force. The experienced veterans are getting a second wind by playing side by side with the young talents.

The inaugural season will culminate with grandiose LAN-finals featuring the strongest competitors from the season. The details regarding tickets and venue are coming soon. Today, we would like to share the League emblem and roster proudly. Behold! 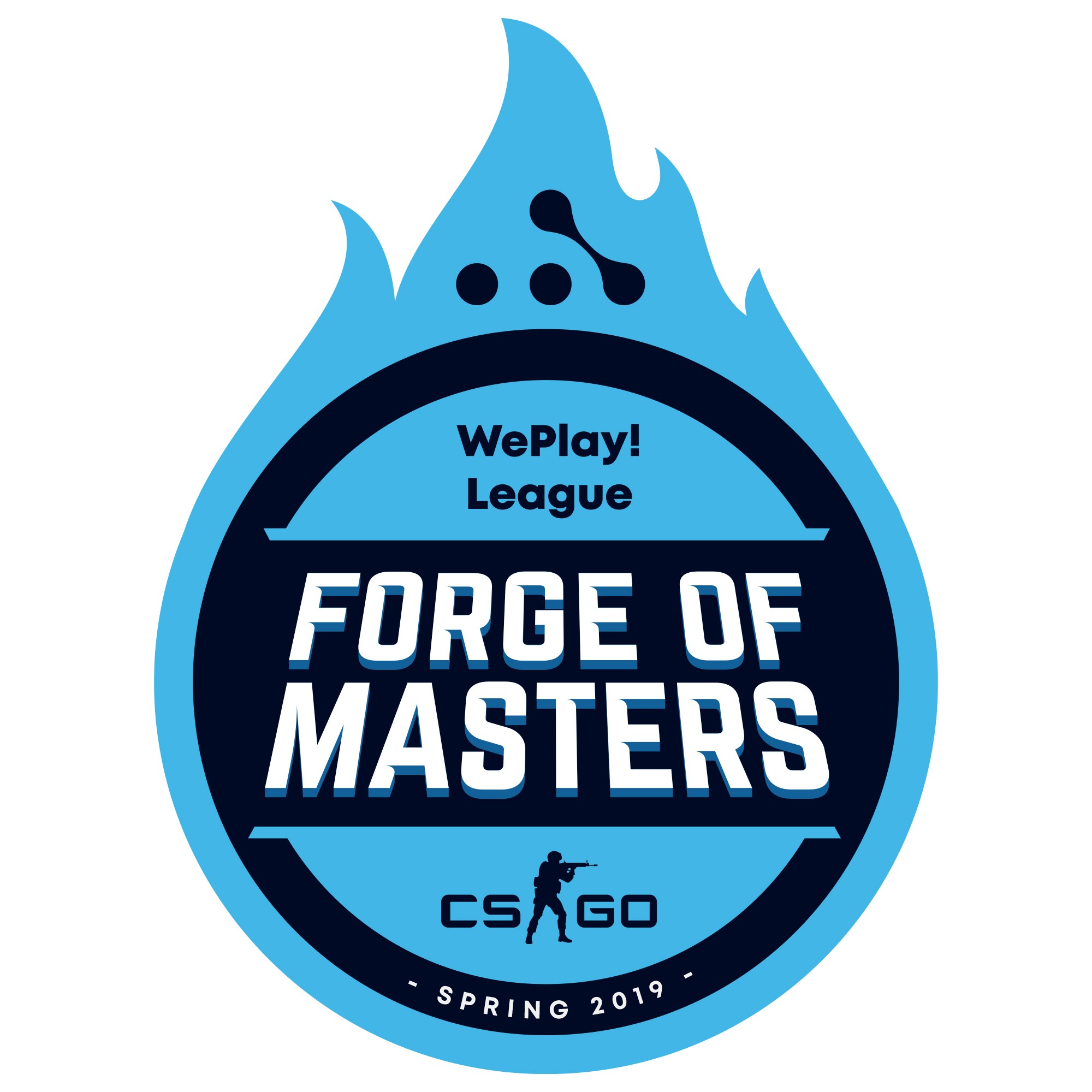 The League emblem is meant to accumulate the dreams and desires of competitors to become a team, feared and respected all over the world. The fire restores and hardens the will for victory, burns out mistakes and blunders of the past.

AVANGAR —used to hold the youngest professional players on the planet. It occupies 13th place in the HLTV rating and has been very close to acquiring the status of Legends in a Major.

DreamEaters —young and ambitious team with decent results in the online tournaments, but limited experience on the big stage.

Nemiga Esports — the gatekeepers of the regional minors. These players from Belarus are just a couple of steps away from a huge break.

pro100 — the esports legend Zeus revived the clan tag to help the young and hungry to show themselves. The team is led by another Counter-Strike celebrity — ceh9.

Team Spirit — this team makes a lot of effort to break to the Major events. They are just a couple steps away from the goal to become strong enough to compete with the world titans.

Vega Squadron — the “sharks” have proved their prowess long ago, and now they are working very hard to find themselves among the elites.

Winstrike Team — the team rebooted after a failed attempt to climb the CS:GO Olympus. Now they need to catch back up and become a regular participant of the Majors.

Each player in the tournament will need to push himself to the limit if they want to prove anything. Forge of Masters is the ultimate boot camp that allows teams to put their skills to the test.

The world, beware, the WePlay! forge is open for business!