Only eight of the best and strongest players left: Cmel, snofe, Ciaoknives, Yca4 from Vicious Order (EU) and MeNoHaxor, 4he, Joseph, BBG from Crimson Gang (NA). Today they'll meet in five tense battles in Cross Group Finals to determine who's worthy to be in the Grand Final.

Vicious Order results for today are the following: 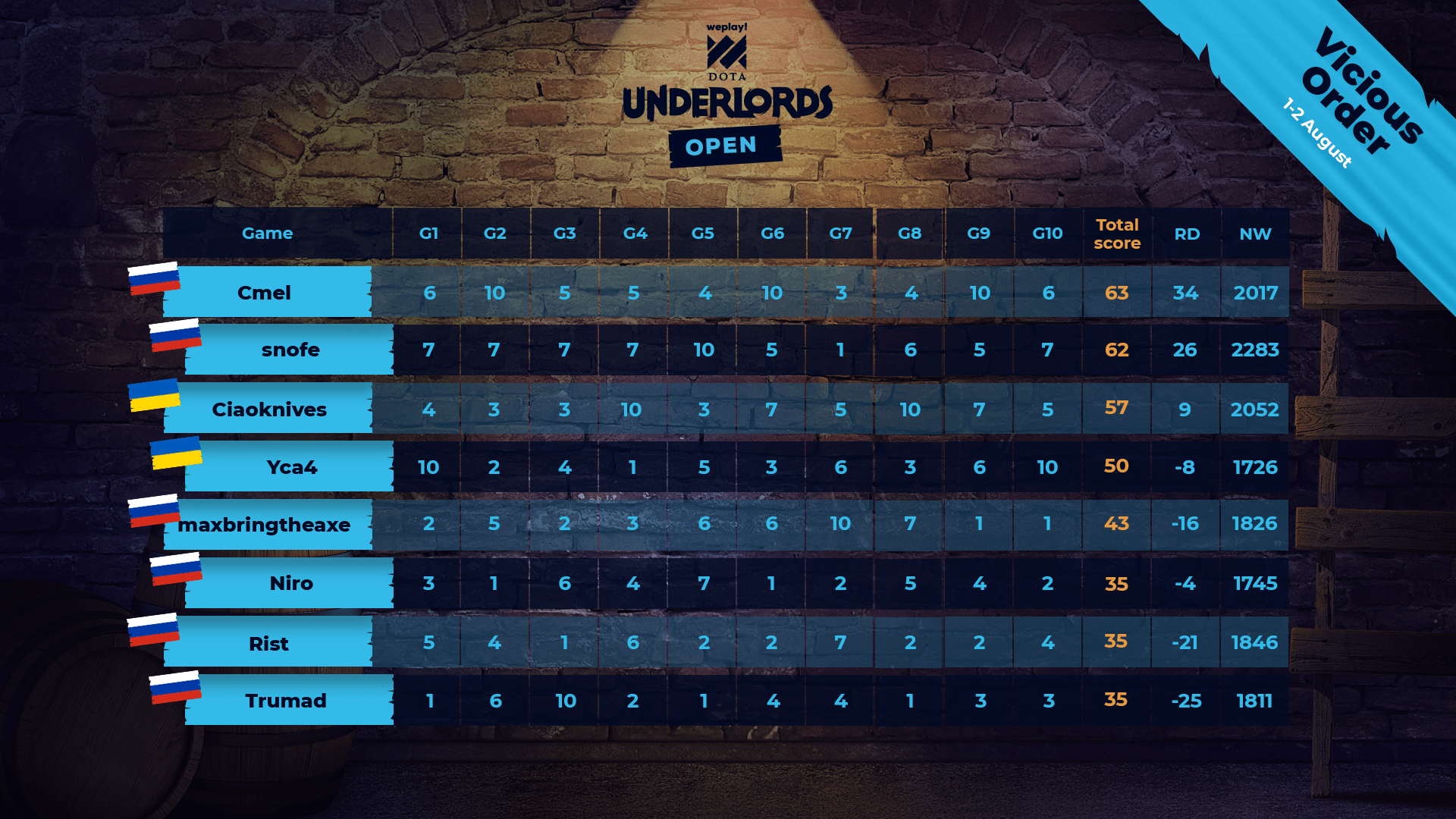 You can read full recap of the Vicious Order matches from the previous tournament day.

Crimson Gang has its leaders with the following results: 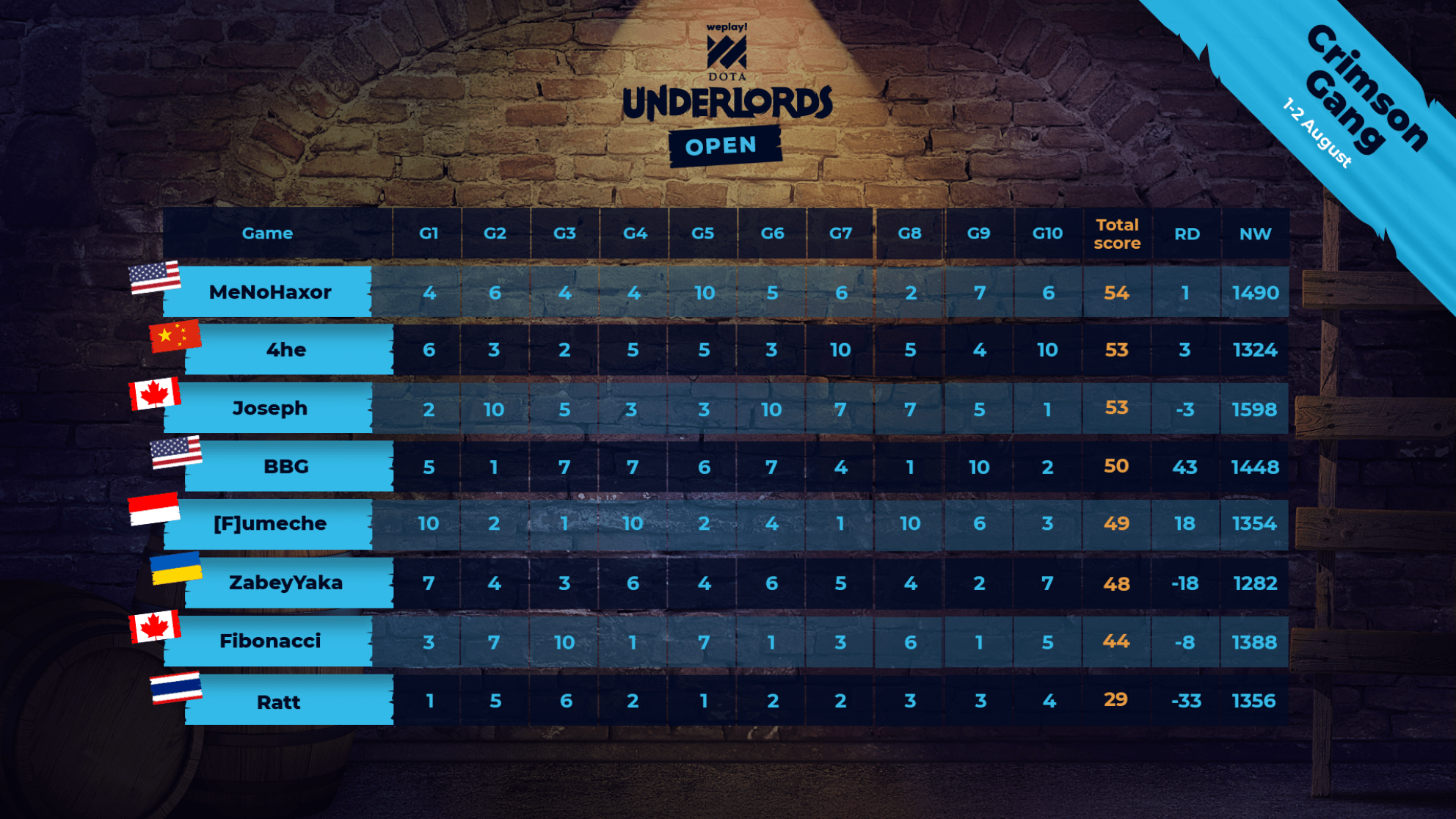 And full recap of the Crimson Gang matches from the previous tournament day can be found here.

Our crew of talented casters and analysts will be waiting for you on the stream: RobAJG, SUNSfan, swim, ImpetuousPanda, and JoelLarssonGG.

You can find tons of additional information regarding WePlay! Dota Underlords Open in the complete preview of the tournament. See you all in a few hours!